How can you not have a whale of a time with a cast that includes powerhouse personalities like Brenda Edwards and Anton Stephans, both former X Factor finalists? They're amongst the full company of #StageFaves announced for the 25th anniversary revival of cult musical comedy MOBY DICK! at the Union Theatre...

Casting is announced today for MOBY DICK! THE MUSICAL, not seen in the UK since 1992. Originally produced by Cameron Mackintosh, MOBY DICK! has a book by Robert Longden and music and lyrics by Longden and Hereward Kaye. The new production runs at London’s new Union Theatre from 12 October to 12 November 2016, with a press night on 18 October. 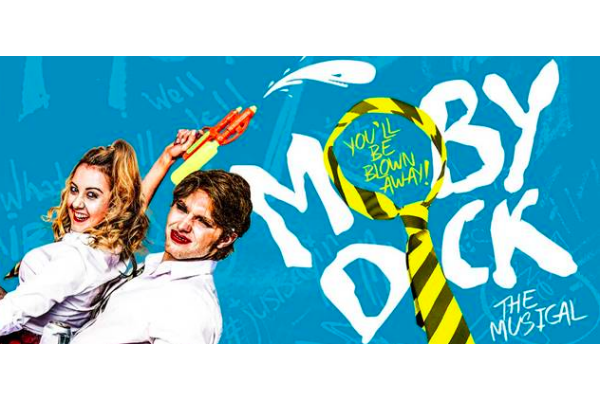 “I am delighted to be returning to my first love, musical theatre. MOBY DICK! is a fantastic show and I can’t wait to lead this incredible cast, directed by the wonderful Andrew Wright. A man playing a woman who is playing a man! This is going to be a whale of a tale.”

This brand new production, staged for the show’s 25th Anniversary, is directed and choreographed by double Olivier Award nominee Andrew Wright. Andrew comments: “I am thrilled that Anton and Brenda will be leading our 10-strong company of MOBY DICK! Each and every member of the cast is unique as well as supremely talented. I’m so excited to create the madcap world of Moby with them.”

The anarchic and nubile girls of St. Godley’s Academy for Young Ladies are in trouble! Money for the school has run out and it’s threatened with closure. Determined to save their school from bankruptcy, the resourceful girls, and their unflappable headmistress come up with a plan to keep the school afloat. Using whatever they can find, the girls mount an original production as a fundraiser – a musical version of Herman Melville’s classic novel Moby Dick, featuring their own headmistress in the coveted role of Captain Ahab.

The show is all about having fun and getting involved. Audience members are encouraged to come dressed in school uniform.