It's time for the women to shine! UNEXPECTED JOY is stealing hearts and changing minds at the Southwark Playhouse this month and it's not just audiences who have been won over.

The critics are raving about this heartwarming musical about the power of love, family and acceptance. Don't believe us? See for yourself...

Unexpected Joy is the story of three generations of female singers, long-held family tensions and a week together where change is in the air – Joy, a baby boomer pop star, is visited by her daughter, Rachel and granddaughter Tamara.

Rachel is married to a prominent televangelist, so Joy is reluctant to divulge that she’s planning to marry Lou, another singer who happens to be a woman. A week with all four together is bound to lead to tension, laughter, discoveries and happiness that really is unexpected. Let the sparks and music fly!

Unexpected Joy encourages its characters, as well as the audience, to take a journey of self-discovery because, at the end of the day, we really are all just one big family. It has book and lyrics by Bill Russell (Tony-nominated for Side Show) and music by Janet Hood (Elegies for Angels, Punks and Raging Queens). Amy Anders Corcoran directs an all-female cast led by Janet Fullerlove in the title role, along with Jodie Jacobs, Melanie Marshall and Kelly Sweeney.

Unexpected Joy runs from 5 to 29 September 2018 at Southwark Playhouse, 77-85 Newington Causeway, London SE1 6BD. Performances are Mondays to Saturdays at , with Saturday matinees at 3.30pm and Sunday matinees at 3pm. Tickets are priced £20 (concessions £16). CLICK HERE TO PURCHASE!

Attitude - ★★★★★
Simon Button: "The unexpected joy of Unexpected Joy is how a show that seems to have come out of nowhere turns out to be such a delight...Funny and touching and very now, it’s also a show that celebrates women - straight, gay, gender fluid, young and old - and that’s a joyful thing indeed." 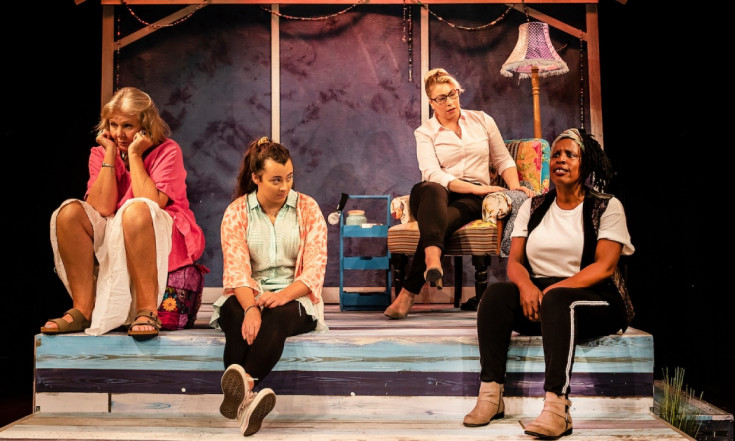 London Theatre 1 - ★★★★★
Amanda Reynolds: "This fresh, new musical focuses on acceptance and differences, family difficulties and prejudices. However, the fresh way in which it deals with these issues through the perspectives of three generations of the same family is a novel concept and works really well." 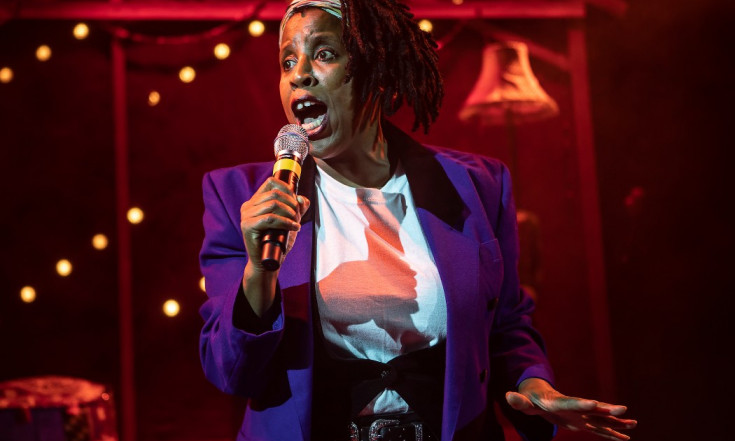 Musical Theatre Review - ★★★★★
Helena Howard: "It is a show full of laughter, with a sprinkling of heartache and soul-searching and some fabulous songs performed brilliantly by the talented all-female cast – the perfect recipe for a great night’s entertainment." 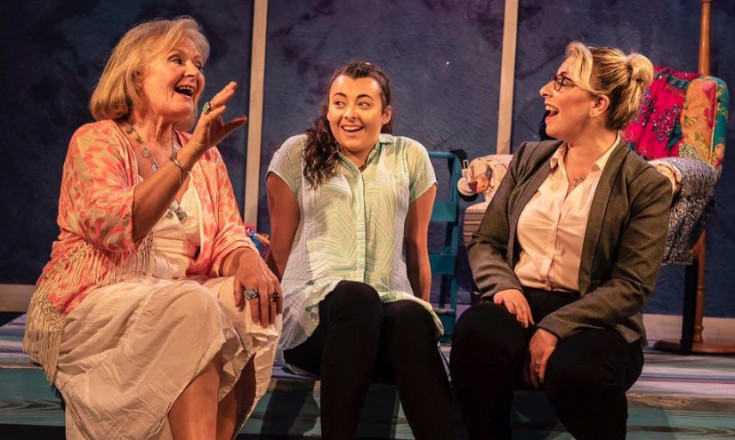 The Reviews Hub - ★★★★
Richard Maguire: "Rather than the politics, the music is the focus here... When the four of them are singing together, with Gareth Bretherton’s talented four-piece band, there are moments of sheer joy." 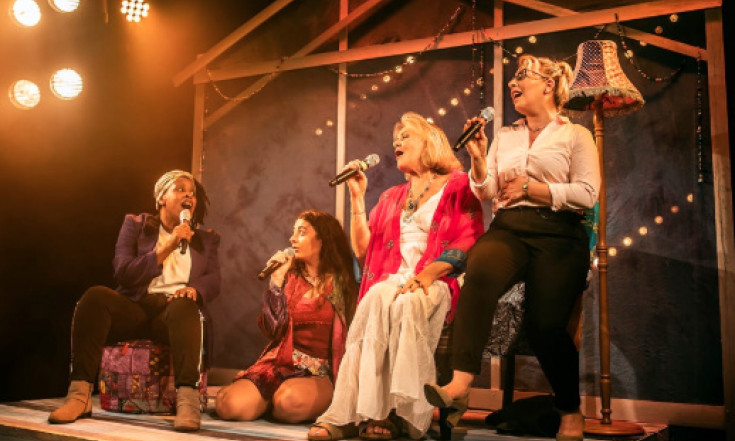 BroadwayWorld - ★★★★
Aliya Al-Hassan: "Take a feuding mother and daughter, a rebellious teenager granddaughter and throw in an outspoken lesbian feminist and you have the recipe for an unexpected treat at the Southwark Playhouse." 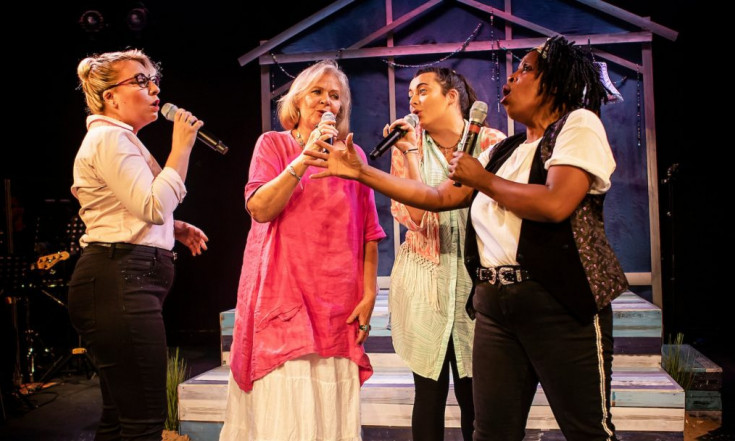 Theatre Weekly - ★★★★
Greg Stewart: "There’s a nice mix in the musical genre’s and they sound great under the musical direction of Gareth Bretherton...Melanie Marshall’s Lou not only has the best lines, but also some of the best songs." 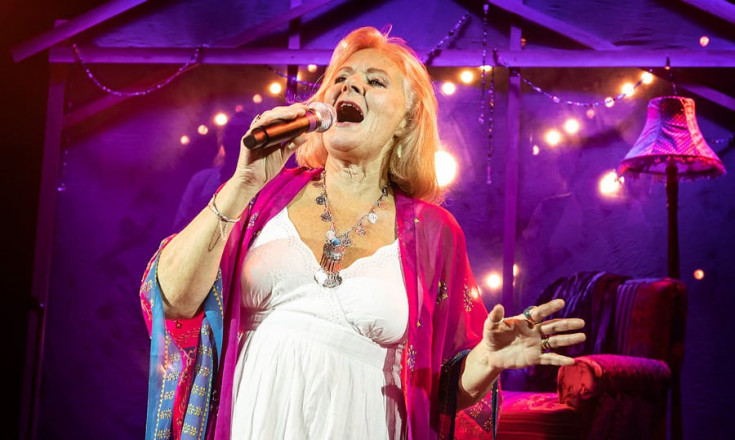 British Theatre - ★★★★
Sophie Adnitt: "The audience is in fits of laughter for most of the evening... The script is warm and relatable." 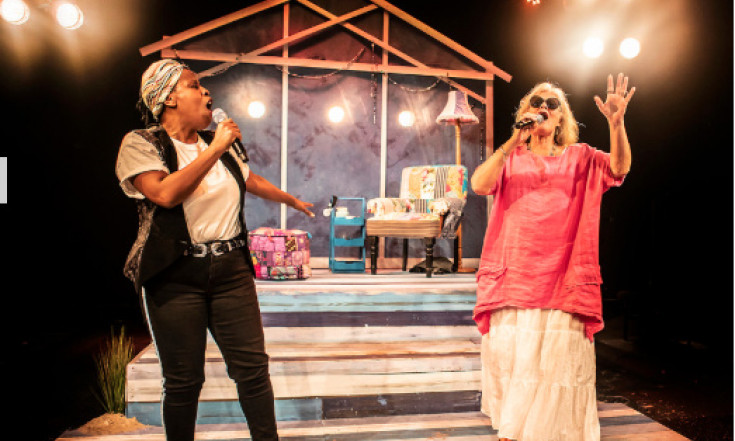 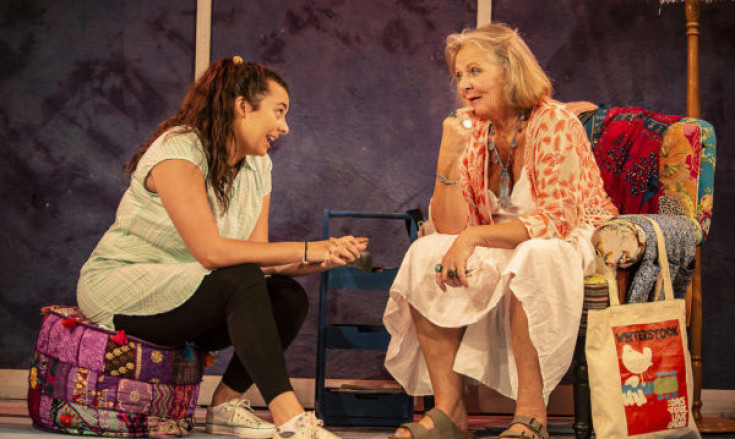 Exeunt Magazine
Nabilah Said: "Unexpected Joy brought unexpected tears to my eyes...a dress rehearsal for what an ideal world might look like, where the power of love and communication trumps all..."

Get Social with UNEXPECTED JOY at Southwark Playhouse. Keep up with the cast, watch our first-night takeover and check out more awesome show photos in the gallery...