Who's got one of the largest companies in London theatre this summer? That'll be Aria Entertainment's From Page to Stage festival of new musicals with 56 #StageFaves - and they haven't even announced casting yet for the three-week event's headline premiere of Burt Bacharach & Steven Sater's SOME LOVERS!

Aria Entertainment’s From Page To Stage (FPTS) will have one of the largest companies in the West End this summer: a cast of 56, working alongside 18 creatives, plus musicians and over 50 composers and writers presenting all-new musicals. From fully staged main house productions, readings, workshops to concerts and showcases, the International Summer Festival runs for three weeks at The Other Palace from Monday 14 August to 3 September 2017.

The opening Songwriters Showcase (Monday 14 August) highlights the global reach of FPTS, showcasing songs from musicals from around the world including: Panama (Panama: The Musical – 1927, the Panama Canal), Germany, France, UK and US – directed by Kolja Schallenberg (German/Swedish). The evening also includes a panel discussion chaired by StageFaves founder Terri Paddock.

Playing the lead role in XY (15-17 August) is Finnish actor Miiko Toiviainen in his UK professional debut. Portuguese director Tania Azevedo brings to life the extraordinary story of Chris who can’t shake Christine – she’s with him everywhere…. The story of the psychologically harmful consequences of non-consensual corrective surgeries, performed on intersex infants.

Miiko Toiviainen, who graduates from Mountview at the end of this month, says:

“There’s a real need for positive representations of trans, non-binary and intersex characters on our stages. I’m a trans guy myself. The character of Chris is intersex, so although his background is different from mine, there’s still the strong connection of being raised in the wrong gender role. As an actor I find the topic crucially important and current; so getting to breathe life into a show like XY is incredibly thrilling for me – and a first through musical theatre.” 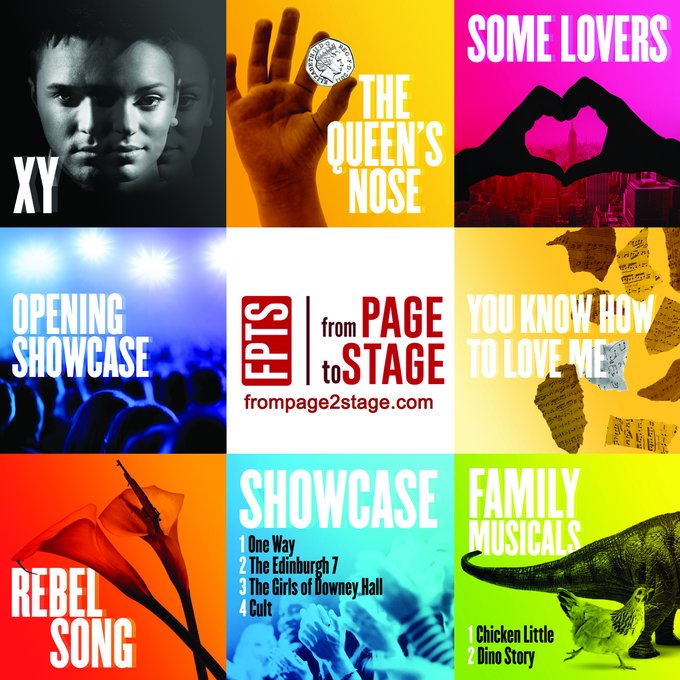 In a first for the Festival and the West End, FPTS will have a Repertory Company of actors who will perform across the four Showcase musicals: One Way by Ben Bonnema and Christopher Staskel; The Edinburgh 7 by Christina Tweeddale, Catherine Myers, the Kielty Brothers & Jordanna O’Neill; The Girls Of Downey Hall by Chris Burgess and Cult! by Tasha Taylor Johnson and Phil Cornwell, with director Amy Anders Corcoran and MD Tamara Saringer.

Casting for headline musical Burt Bacharach and Steven Sater’s SOME LOVERS (24 August-2 September) and for the festival’s concerts are yet to be announced.