Everyone is talking about the Oscars 'Best Picture' debacle. But Musical Theatre Review's Angela Thomas reminds us of the La La Land winner for 'Best Song'... 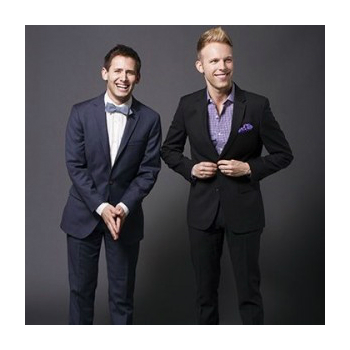 Feelgood musical La La Land may have been involved in the biggest mix-up in Oscar history when it was mistakenly named Best Picture at Sunday’s ceremony, but the tuneful love note to Los Angeles still took home six trophies.

Composer Justin Hurwitz won the Academy Award for Best Original Score for his work on the movie and also shared in the prize for Best Original Song with the Broadway composing team of Benj Pasek and Justin Paul (Dear Evan Hansen) for ‘City of Stars’.

For the musical writing team of Pasek and Paul, the Oscar win (which follows on from a Golden Globe for the same song) is just the latest golden moment in a relatively fledgling career that already looks on course to break a number of records.

Industry observers are already predicting they will be adding a Tony Award to their trophy cabinet in June with the prize for Best Original Score for their Broadway hit Dear Evan Hansen.

Read the full story on musicaltheatrereview.com...