Have you got the Xmas Factor? Rebecca Trehearn, Jon Robyns and Tori Allen-Martin definitely do. They're amongst the #StageFaves that feature on Iris Theatre's album of new festive songs penned by Darren Clark, Luke Bateman and 16 other emerging musical theatre writers, which is released on Friday alongside a celebratory concert. You can have a sneaky listen to Olivier Award winner Trehearn singing Clark's new take on "The Little Match Girl" right here...

Iris Theatre’s Xmas Factor All Stars album drops this Friday, just in time for the festive season. Featuring performances by Olivier Award-winner Rebecca Trehearn, Jon Robyns, Tori Allen-Martin, the Italia Conti School Choir and many more, the album is packed full of music by selected winners and runners-up of Iris Theatre’s Xmas Factor from 2013-16. In anticipation of the album’s release at the company’s Xmas Factor:  concert this Friday (1 December 2017), Iris has also pre-released “The Little Match Girl” by Darren Clark, sung by Rebecca Trehearn.

"I first met Darren whilst working on his musical The Wicker Husband and fell in love with his music. I consider him an incredibly exciting talent who's work truly deserves a wider platform. This is such a tough industry to gain a foothold in and supporting new writing is something I feel very strongly about, so I'm delighted to be recording this song!"

Xmas Factor is Iris Theatre’s annual showcase of the very best new musical theatre, around the theme of Christmas. Writers are invited to send in a song which is selected by the programming team to continue in the competition, culminating in a Panel Award and Audience Award at the concert. This year’s event, , features the best of those finalists from across the last four years, including winners and runners-up of the two awards - all of which feature on the album.

A number of writers are showcased on the recording, including Xmas Factor alumni Darren Clark (lyrics for Fantastic Mr Fox, music & lyrics for The Wicker Husband) and Luke Bateman (Mr Popper’s Penguins, The Little Beasts, The Sorrows of Satan). Songs cover an eclectic mix of themes from Korean festivities in “Christmas in Pyongyang” to the best Yuletide movies in “Christmas Films Again” and the thoughts of Jesus’s dad himself in “Joseph’s Lullaby”.

“I’m so excited that Iris has been able, through the generosity of nearly 100 backers, to record an album immortalising the work of these new talents. Iris was set up 10 years ago to promote the work of emerging artists, and I know that all of our writers have exciting careers ahead.”

“We set up Xmas Factor as a way to provide an accessible route for emerging writers to have their work heard, without the pressure of needing an entire musical ready to perform. Our alumni have gone on to contribute music or lyrics to musicals at home and abroad, and now their overwhelming talent can be heard year-round. That Jon and Rebecca agreed to join the album is just icing on the cake!” 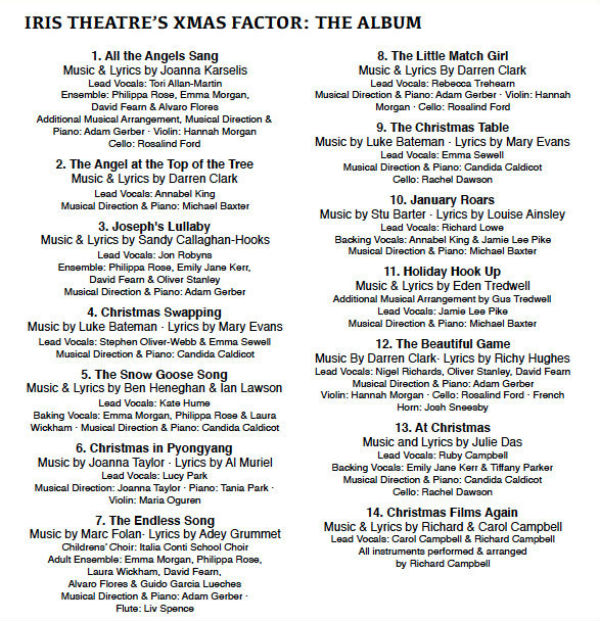 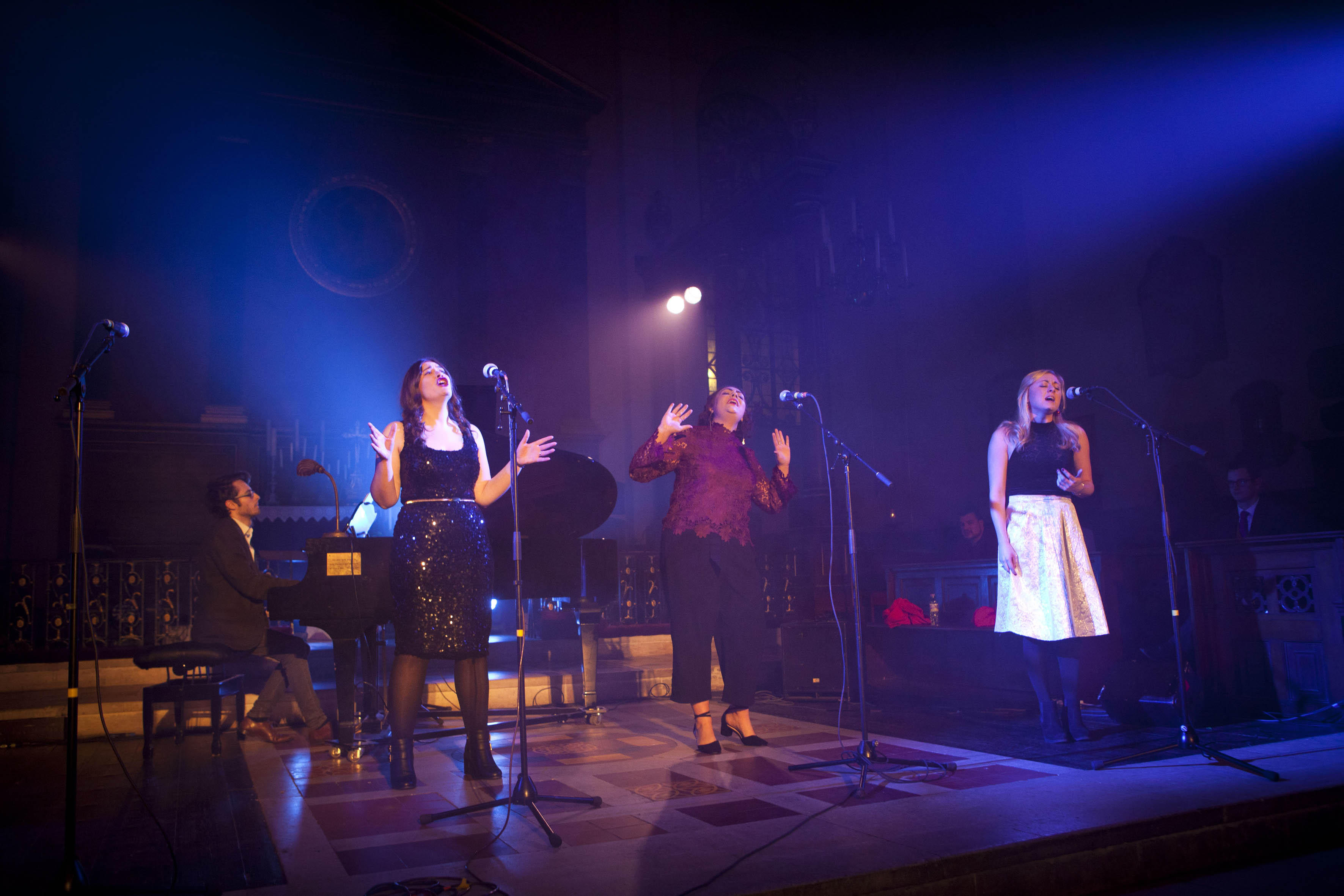 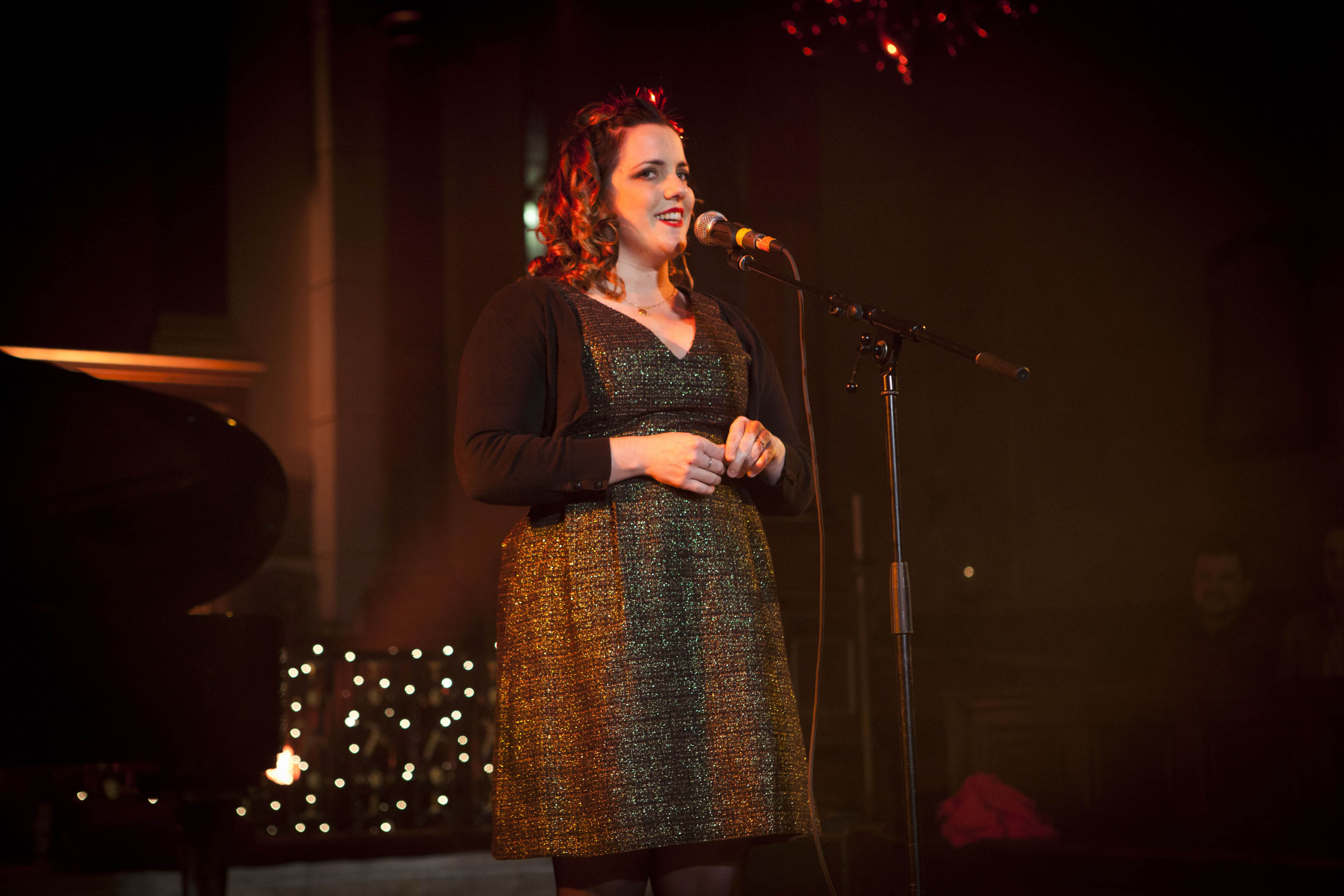 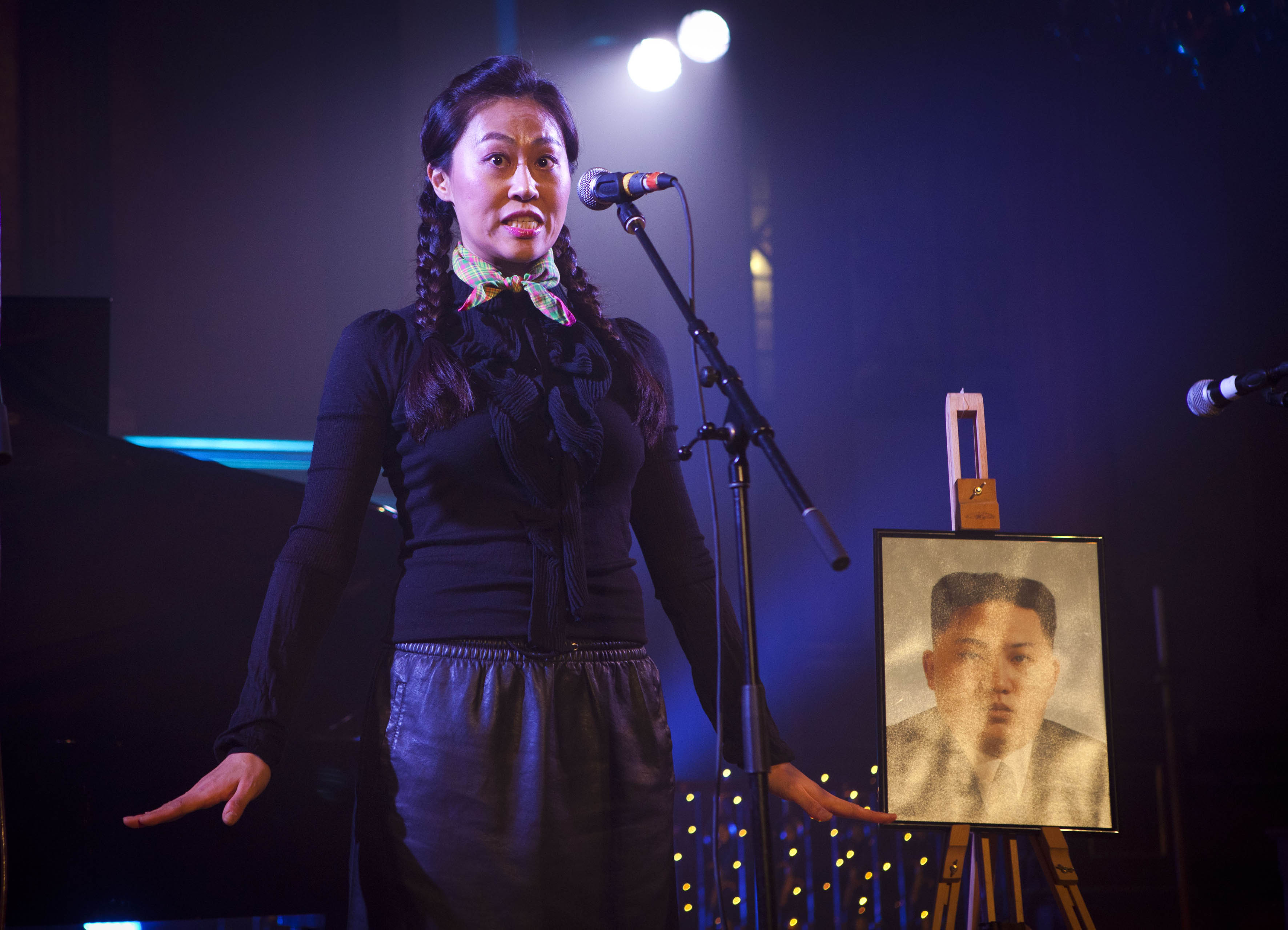 The Sorrows of Satan