Planning permission has been granted for a 1,150-seat theatre to be purpose-built in London’s Royal Docks to house the UK premiere of the Dutch, World War II-set theatre experience Soldier of Orange - The Musical.

The planning permission, granted by Newham Council for five years, is for a temporary theatre plus a restaurant, meaning the creation of up to 150 new jobs across construction, hospitality and for the production itself. Situated within the heart of the history and one of London’s heaviest bombed areas during The Blitz, the new Royal Docks Theatre will be at the centre of the Royal Dock’s regeneration.

Soldier of Orange - The Musical is based on the autobiography of Erik Hazelhoff Roelfzema, a renowned Dutch resistance fighter and British RAF war pilot, who chronicled his remarkable WWII experiences in his book of the same name.

Soldier of Orange’s pioneering use of 360-degree ‘SceneAround’ staging – a revolutionary theatre technology specially engineered for this production and to be used in the UK for the first time - pulls the audience directly into Erik’s story, delivering a unique theatrical experience. 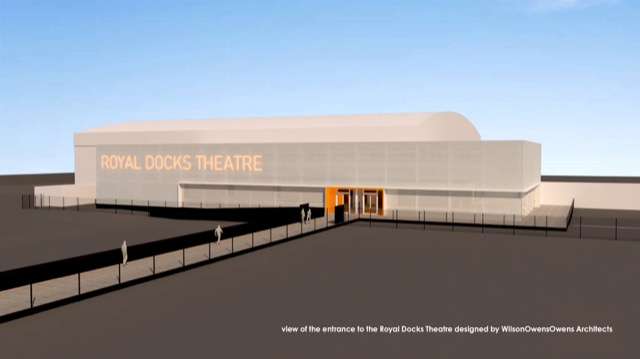 As the story unfolds, the entire seating platform with the 1,150 seats will rotate along a 360-degree panoramic set, by turns revealing an actual 150-foot-wide coastline with sea, sand and rainstorms, student dorms, interrogation cells, a palace and a real DC3 Dakota Airplane.

"London was the location of our Queen in exile during the war. The UK plays a significant role in our history and this WWII story. Therefore, the UK has always had our priority and we are very pleased with this development for such a relevant location. The production and script are slightly adapted for an international audience, to ensure that it reflects the show as it has been embraced in Holland. We are looking forward to sharing this universal story of a group of friends, forced by war to make life-changing choices. It is a celebration of the time that the Allies came together to fight for our freedom and democracy.”

Soldier of Orange - The Musical has been seen by over three million people in Holland, has broken all Dutch theatre records and celebrated nine years of sold-out shows. Erik Hazelhoff Roelfzema’s book was also adapted for a Dutch international hit film in 1977 directed by Paul Verhoeven (Basic Instinct, RoboCop, Total Recall, Elle), nominated for a Golden Globe and starred the late Rutger Hauer in the title role.

The UK production will be directed by renowned Dutch director Theu Boermans. The book is written by Edwin de Vries, with music and lyrics written by Americans Tom Harriman and Pamela Phillips Oland and set design by Bernhard Hammer. This first English production is adapted for the British stage by Jeremy Brock. The associate producer is Mark de Kruijk.