Here's theatre worth travelling for! In the latest in Faves founder Terri Paddock's musical theatre post-show talks, she heads to Woking's New Victoria Theatre to catch up with the cast of multi-award-winning ONCE THE MUSICAL on its first-ever UK tour. Join us this Wednesday 12 February!

Based on the cult 2007 Irish indie feature, originally shot on a micro-budget of just $160,000, ONCE tells the uplifting yet yearning story of two lost souls – a Dublin street busker and a Czech musician – who unexpectedly fall in love. Following their relationship across five short days, big changes happen to both of them in little ways. Celebrated for its original score including the Academy Award-winning song Falling Slowly, Once is a spell-binding and uplifting story of hopes and dreams.

The cast is led by Daniel Healy as Guy and Emma Lucia as Girl, who return to the roles after receiving acclaim in this production’s 2018 premiere at the New Wolsey Theatre, Ipswich and Queen’s Theatre, Hornchurch. 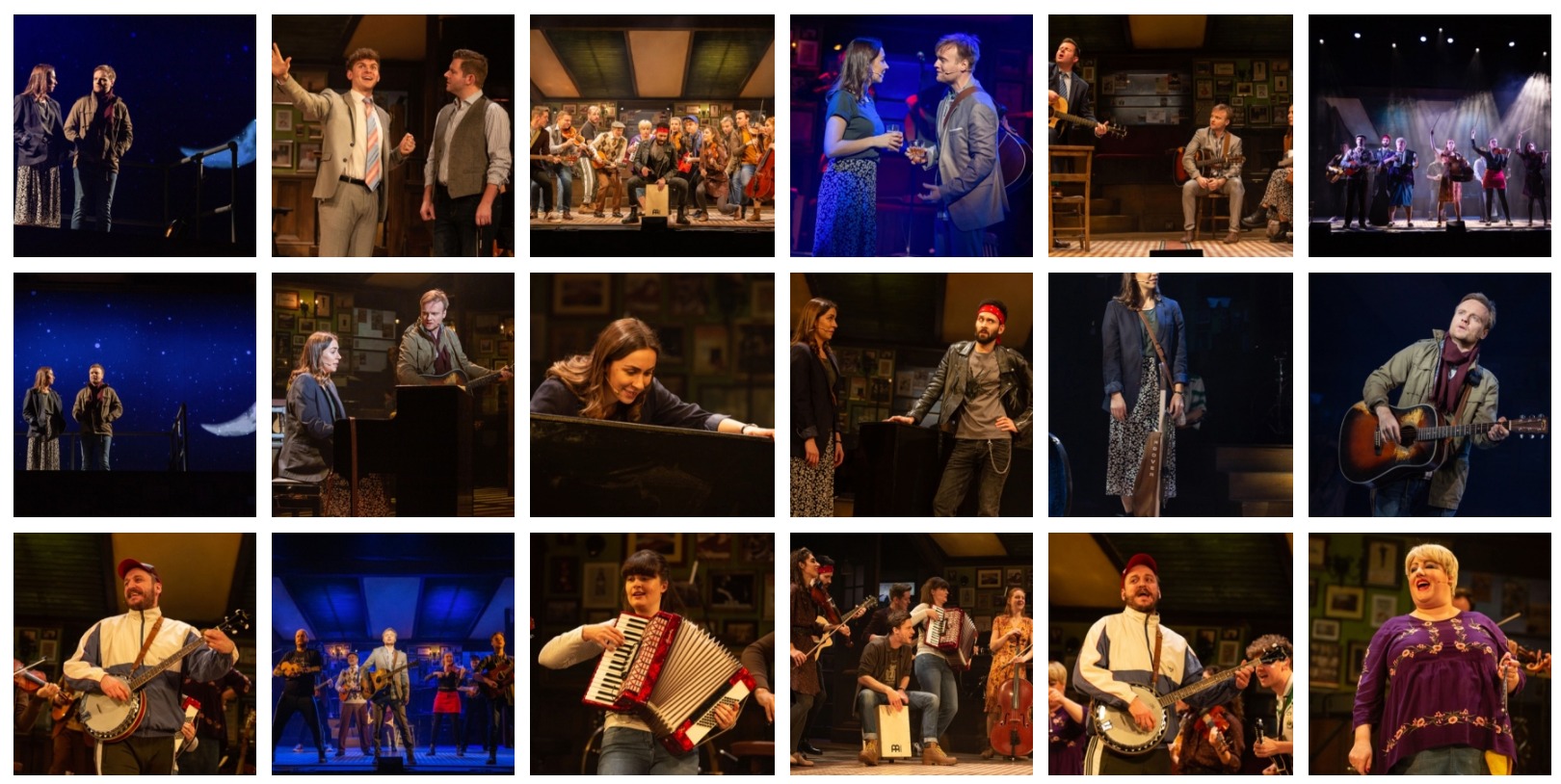 See all Once production shots in our StageFaves gallery

Dan Healy
is a singer-songwriter, musician and actor, who has co-written songs for multi-platinum artist Ronan Keating including the single Breathe, which topped the BBC Radio 2 Playlist. His theatre credits include Backbeat and Once, both in the West End. Emma Lucia made her professional debut as Marilyn and understudying Carole King in the UK Tour of Beautiful, before taking on the role of Girl in Once.

The stage version of Once premiered at the New York Theatre Workshop in 2011 before transferring to Broadway in 2012. There it won eight Tony Awards including Best Musical, the Drama Desk Award for Outstanding Musical and the Grammy Award for Best Musical Theater Album. Productions have since opened all over the world, including the West End production in 2013 which received the Olivier Award for Outstanding Achievement in Music.

Once has a book by award-winning Irish playwright and screenwriter Enda Walsh, and music and lyrics by Academy Award-winning Glen Hansard and Markéta Irglová who, for Falling Slowly, won the Oscar for Best Original Song.

Following the 2.30pm matinee of ONCE THE MUSICAL at Woking’s New Victoria Theatre on Wednesday 12 February 2020, Terri chairs a post-show discussion with the company. Any questions? Join us! CLICK HERE FOR FULL TOUR SCHEDULE & TICKETS!