Queen of the Mist, Michael John LaChiusa’s award-winning musical based on the incredible true story of a groudnbreaking woman, will receive its professional UK premiere at the Jack Theatre next month, when Pint of Wine Theatre Company stage the show from 9 to 27 April 2019.

Queen of the Mist is inspired by the the astounding and outrageous tale of fearless Anna Edson Taylor who, in 1901, on her 63rd birthday, set out to be the first person to survive a trip over Niagara Falls in a barrel of her own design. The musical explores the fickle world of celebrity and sensationalism at the turn of the century with an unconventional heroine determined not to live an ordinary life. With a soaring score that incorporates turn of the century themes with LaChiusa’s insightful and engaging style, this award-winning musical is the story of how one woman risked death so that she could live.

The show premiered off-Broadway in the autumn of 2011 as part of Transport Group's 20th Century Project. It received positive reviews, won the Outer Critics Circle Award for Outstanding New Off-Broadway Musical and was nominated for six Drama Desk Awards, including Outstanding Musical.

It is one of many off-Broadway productions written by LaChiusa. Others include First Lady Suite, First Daughter Suite, Little Fish and Giant. He has also had productions staged on Broadway, including Marie Christine and The Wild Party, which also ran at London's The Other Palace in 2017. 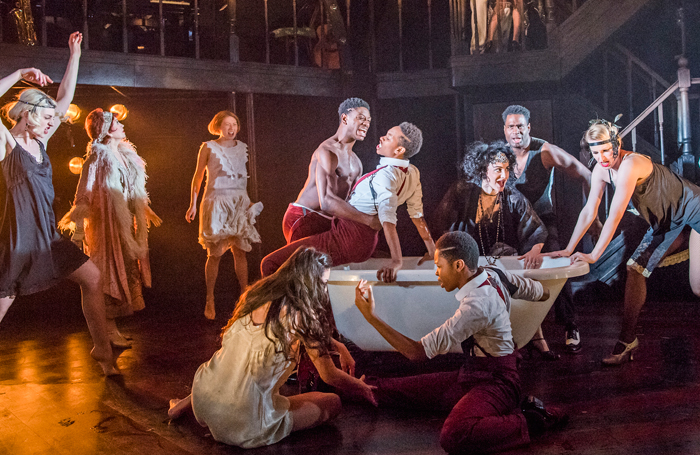 LaChiusa’s The Wild Party at The Other Palace

Dom O’Hanlon directs the show. He has previously worked on productions including john & jen (Drayton Arms Theatre), Damn Yankees (Jack Studio) and I Love You Because (Theatros Technis). For Queen of the Mist, he works alongside award-winning musical director Jordan Li-Smith whose credits include The Assassination Of Katie Hopkins (Theatr Clwyd) and Ragtime (Charing Cross Theatre).

Queen of the Mist runs from 9 to 27 April 2019 at the Jack Studio Theatre, 410 Brockley Rd, London SE4 2DH, with performances Tuesdays to Saturdays at 7.30pm. Tickets are priced £16. CLICK HERE TO PURCHASE!