Ross Hunter and Billy Cullum will play Roger and Mark to bring Jonathan Larson's modern Broadway classic RENT to mark the Tony and Pulitzer Prize-winning musical's 20th anniversary - and to bring it to a new generation... just in time for Christmas. Get ready to unwrap this present...

After opening at Theatr Clwyd for a limited season from 21 October to 12 November 2016, RENT will go on a three-week tour, prior to a Christmas season at London’s St James Theatre from 8 December 2016 to 28 January 2017, with a national press night on Tuesday 13 December 2016.  2017 tour dates are to be announced.  The new production will be directed by Bruce Guthrie.

Ross Hunter (West End credits: We Will Rock You, Legally Blonde, Drew in Rock of Ages and The Book of Mormon) will play Roger Davis, Billy Cullum (West End credits: Matilda, Charlie and the Chocolate Factory) will play Mark Cohen, Ryan O’Gorman (West End credits: Les Misérables, The Phantom of the Opera, Billy Elliot) will play Tom Collins, Shanay Holmes (West End credits: Thriller Live, The Bodyguard, Close to You) will play Joanne Jefferson, Layton Williams (Billy in Billy Elliot and original Young Michael Jackson in Thriller Live in the West End, Simon in UK Tour of Matthew Bourne’s Lord of the Flies, Duane in UK tour of Hairspray, Stephen in BBC’s Bad Education and the 2015 feature film of the same name) will play Angel Schunard, Philippa Stefani (West End credits: In The Heights, I Can’t Sing!, Ghost the Musical and Sister Act; High Society at Old Vic) will play Mimi Marquez and Lucie Jones (The X Factor finalist whose theatre credits include Elle Jones in Legally Blonde at Curve, Molly Jenson on tour in Ghost the Musical, Victoria in the world premiere of American Psycho at London’s Almeida Theatre and Cosette in the West End production of Les Misérables) will play Maureen Johnson.

The cast will also include Kevin Yates, Jordan Laviniere, Christina Modestou, Bobbie Little, Jenny O’Leary and Katie Bradley. Casting for the role of Benjamin Coffin III will be announced shortly.

Jonathan Larson’s musical, inspired by Puccini’s opera La Bohème, won four Tony Awards, six Drama Desk Awards and the Pulitzer Prize for Drama in 1996. Ben Brantley’s New York Times review was a love letter to the show, calling RENT an “exhilarating, landmark rock opera”. RENT ran on Broadway for 12 years, from 1996 to 2008. The show premiered in London’s West End in 1998 at the Shaftesbury Theatre, where it ran for 18 months. It was adapted into a film in 2005.

Larson’s world is inhabited by a group of bohemian artists who struggle to maintain their friendships and their non-conformist ideals in New York’s East Village. Facing their problems head on, they make personal self-discoveries and find what really matters most in life. The poignancy of the story was heightened when Jonathan Larson died of an aortic dissection on 25 January 1996, the night before the show’s first Off-Broadway performance at New York Theatre Workshop.

The much-loved score features songs such as Seasons of Love, Take Me or Leave Me, One Song Glory, La Vie Bohème, Without You, I’ll Cover You, Out Tonight, I Should Tell You and the title song. 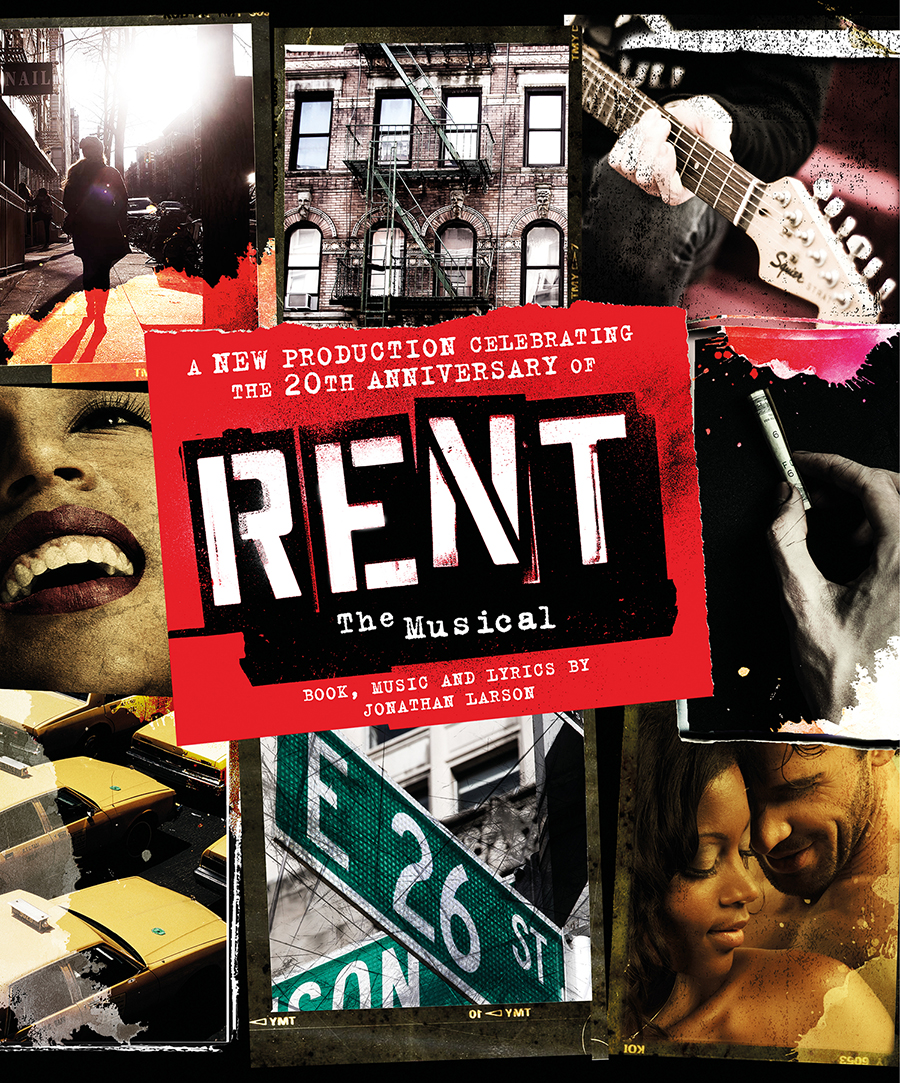 “I am delighted to be working with a truly world-class creative team on this new production of Jonathan Larson’s classic musical. Our aim is to serve the fans of the show who have loved it so passionately since its ground-breaking premiere Off-Broadway in 1996, while introducing it to a new generation of musical theatre fans. We want to capture the essence of bohemian New York City at the height of the AIDS epidemic. It’s a place of grime and excitement, where voices are fighting to be heard and the inhabitants are fighting to connect with one another, as well as fighting for their lives. The musical is a celebration of life and living in the moment. It’s blood and bone, sweat and tears, laughter and joy, despair, hate and love, all in this one remarkable year shared by a group of friends. It is a privilege to be working on one of the great ‘moment’ musicals and to celebrate 20 years of RENT.”