Stage Faves was delighted to be the online media partner for SUMMER AT THE MUSICALS, the charity concert held in aid of Royal Variety at the Phoenix Arts Club on Sunday 28 August 2016.

What a way to add some glamour to a Bank Holiday weekend. This event, hot on the heels of Sunday at the Musicals at the St James Theatre in June, brought the season to a near-close with 15 dazzling divas belting out songs from a diverse range of shows including Funny Girl, Avenue Q, Flower Drum Song, A Chorus Line and many more. #StageFaves, as media partner for the annual concert, was proud to be there with our photographer... 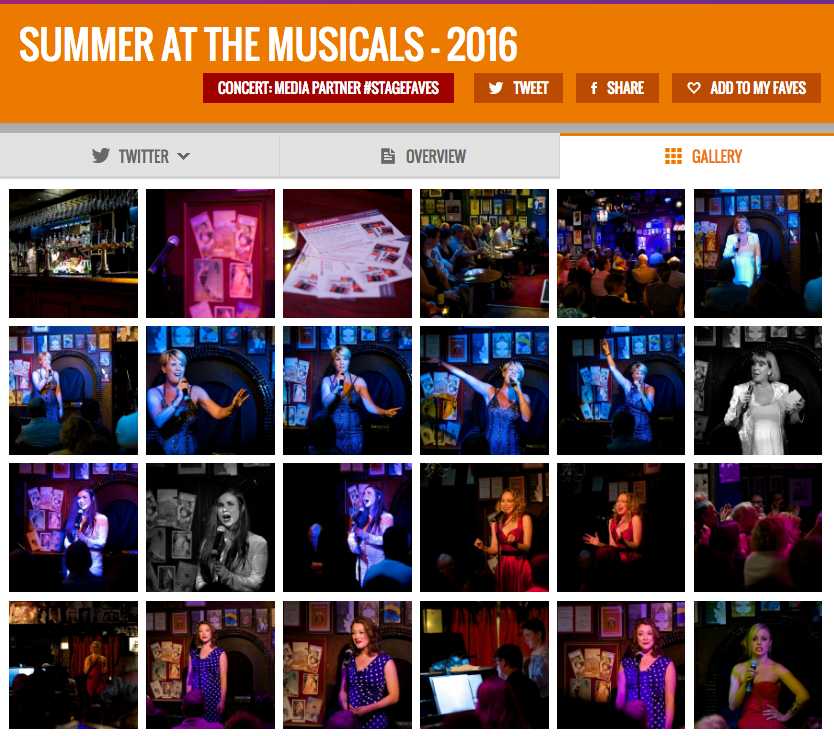 It was another evening celebrating #StageFaves women, with fifteen divas singing some of their favourite showtunes, including Britain's Got Talent runner-up (and recent Joseph and the Amazing Technicolour Dreamcoat narrator) Lucy Kay and top-selling Classical Brit award nominee Faryl Smith (taking part in her first-ever musical theatre event).

Below is a rundown of who sang what, along with photos, from rehearsals and the concert itself by #StageFaves' own Peter Jones. You can see many many more photos from the evening in our gallery on the SUMMER AT THE MUSICALS StageFaves page.

The evening was hosted by presenter Hilary O'Neil (with a brief walk-on part by her friend and fellow #StageFave legend Brian Conley from the second row). The guest soloists were accompanied on piano by musical director Michael Haslam. SUMMER AT THE MUSICALS was directed by Carole Todd and produced by Paul Burton. Until next year...

Our host for the evening Hilary O'Neil kept proceedings ticking over humorously with a string of jokes about lady drivers, dating websites, her own 'failed musical career' (credits included Annie Get Your Penknife, Hello Doris, North Pacific, Jesus Christ Supporting Act and Fiddler on the Roof Extension) and a Joe Pasquale impression... 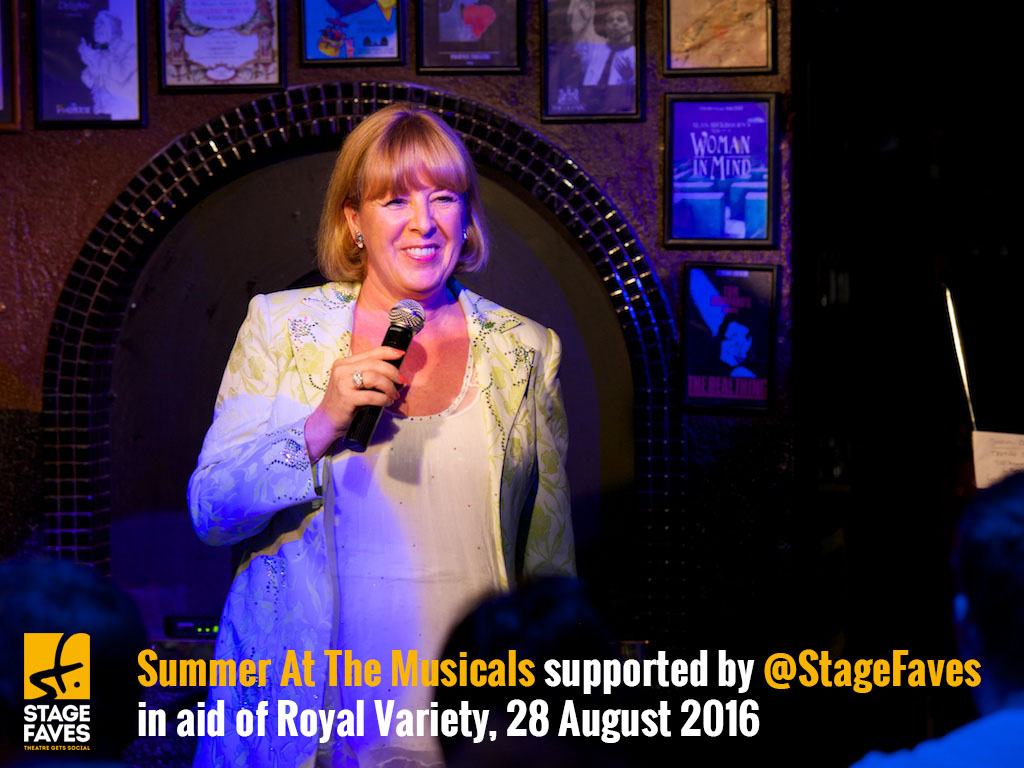 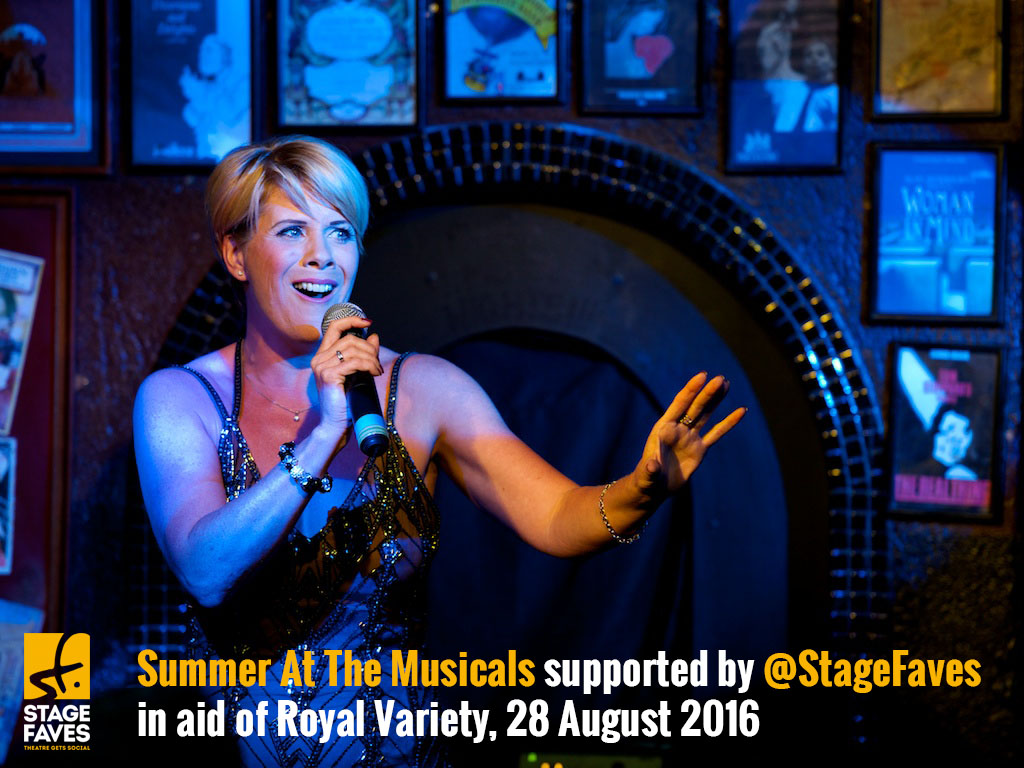 Rebecca Wicking singing The Movie In My Mind from Miss Saigon. 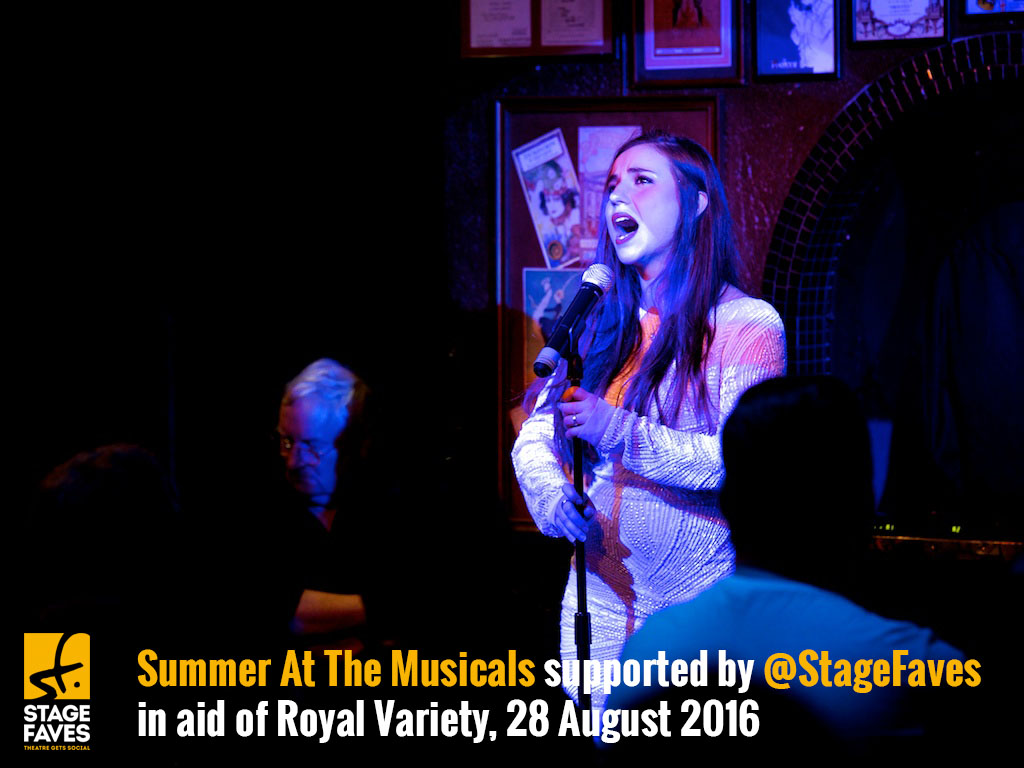 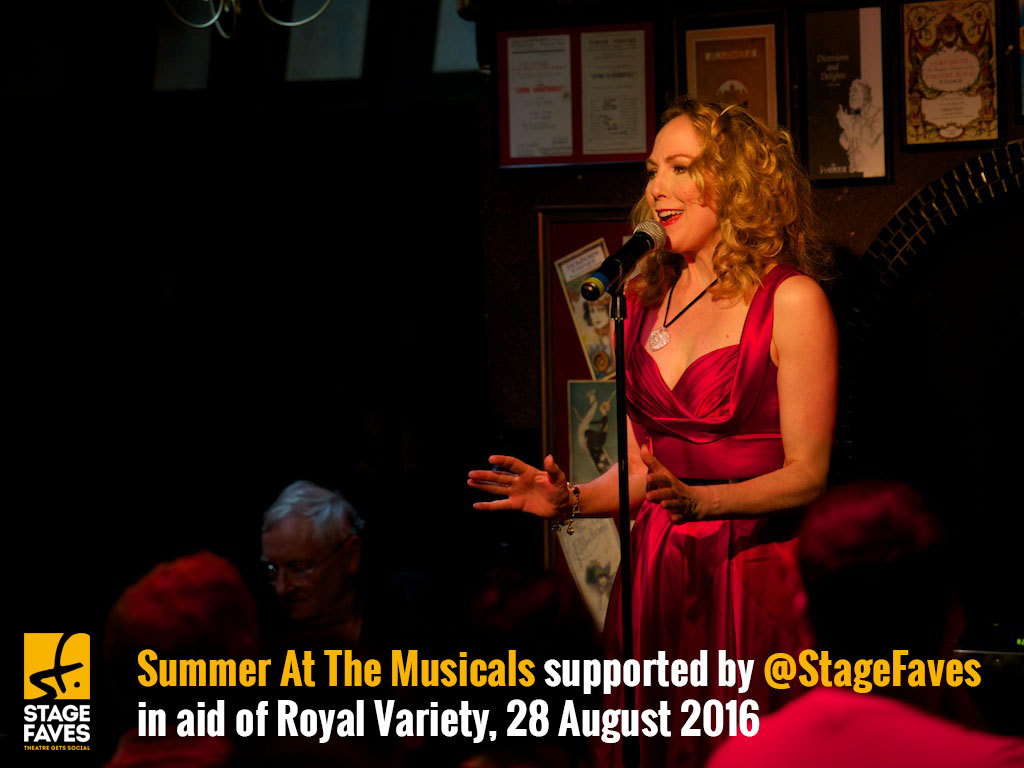 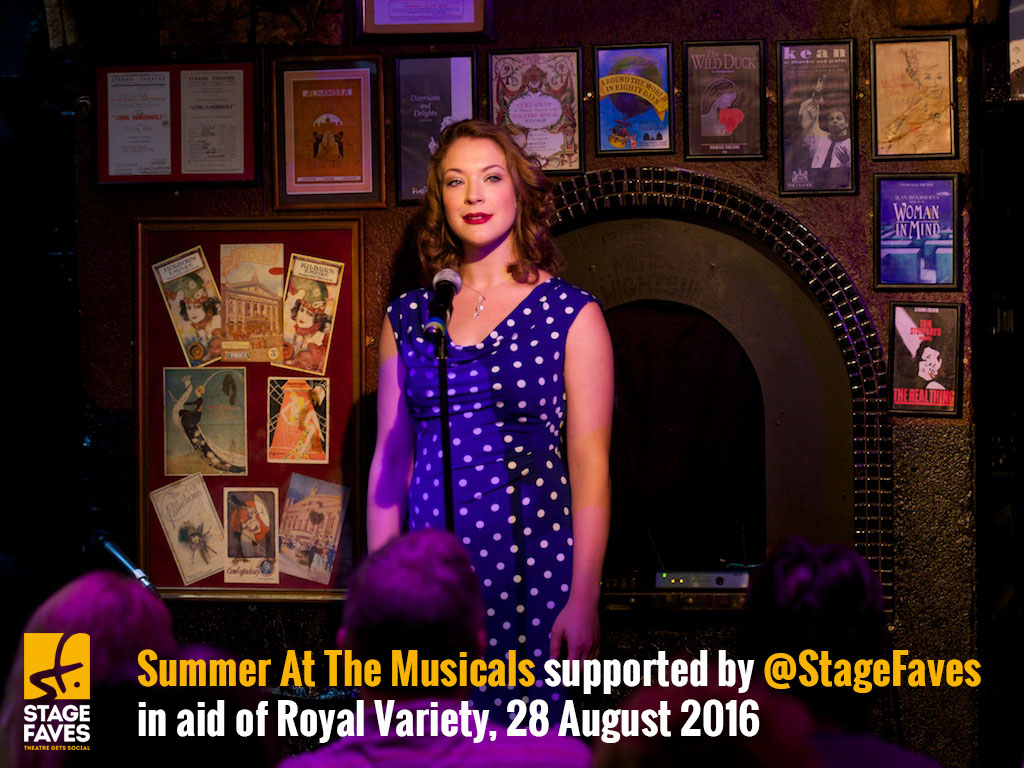 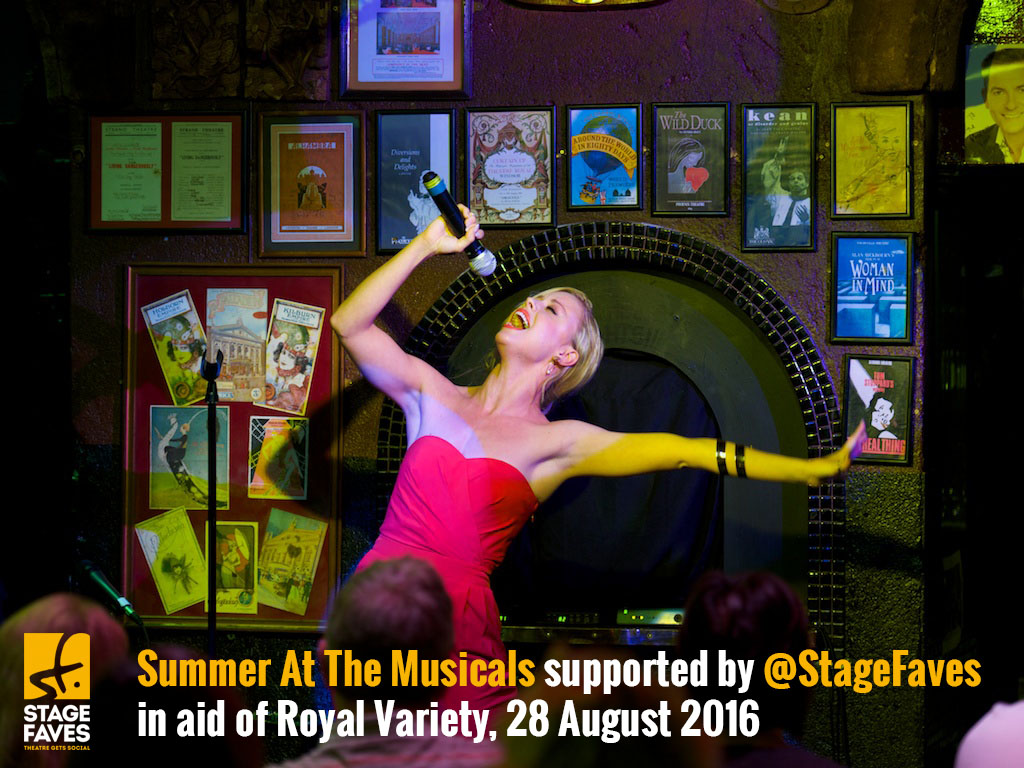 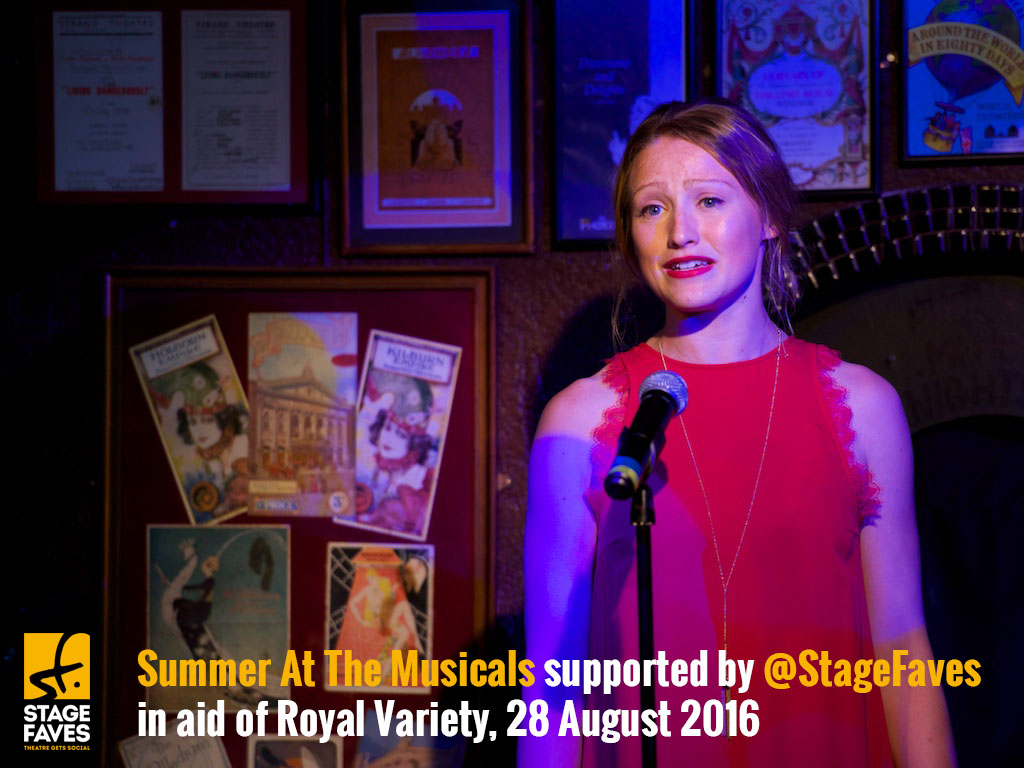 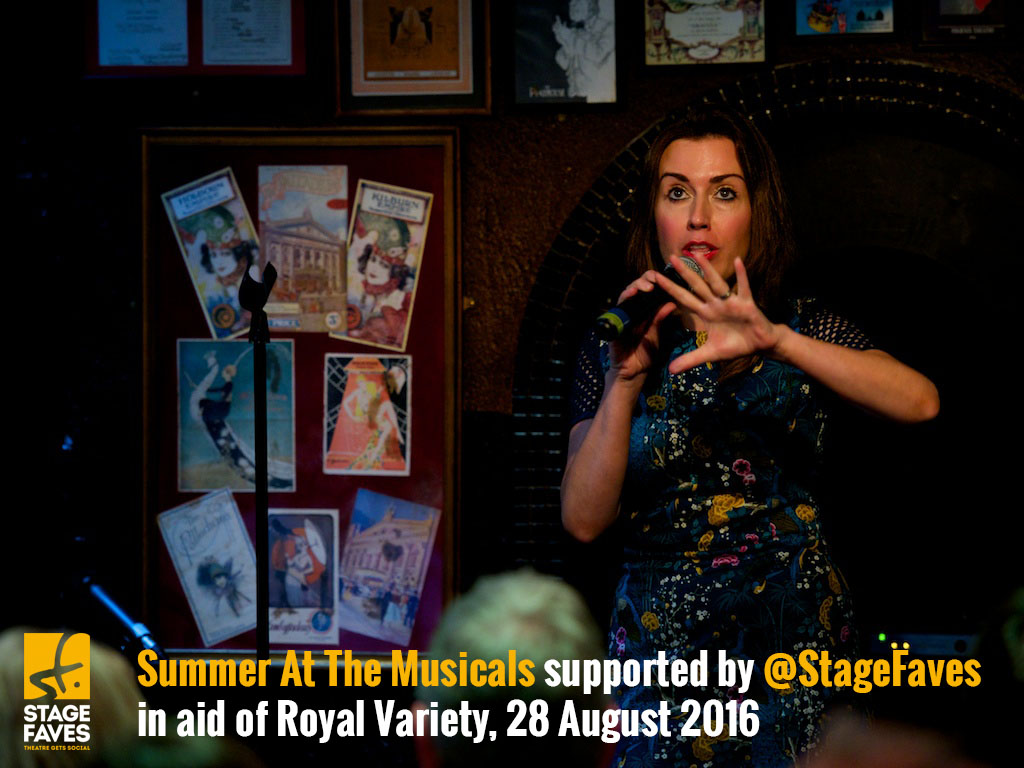 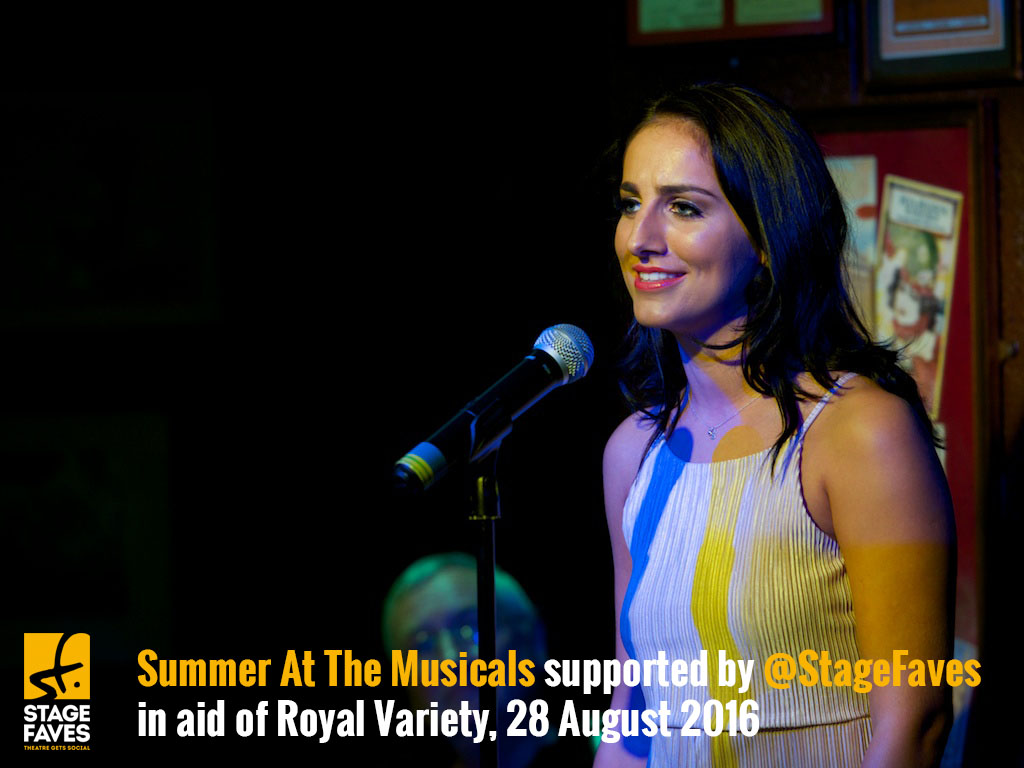 Paige Mackenzie performing I Enjoy Being A Girl from Flower Drum Song. 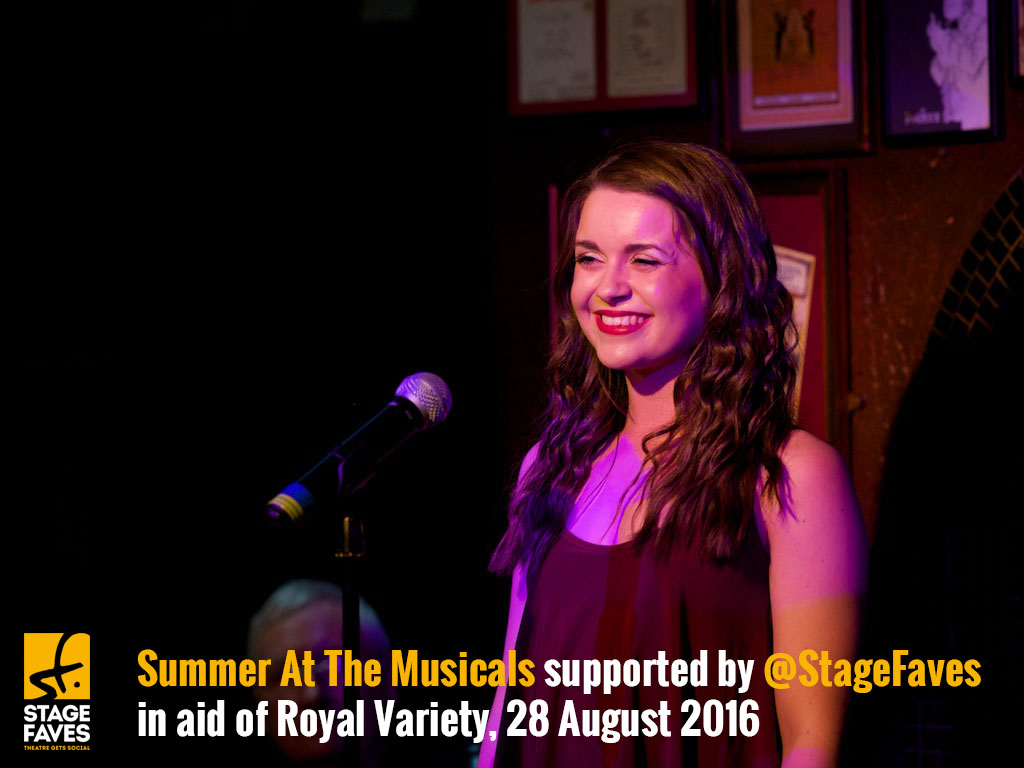 Lucy Kay sang Nothing from A Chorus Line and Wishing You Were Somehow Here Again from The Phantom of the Opera. 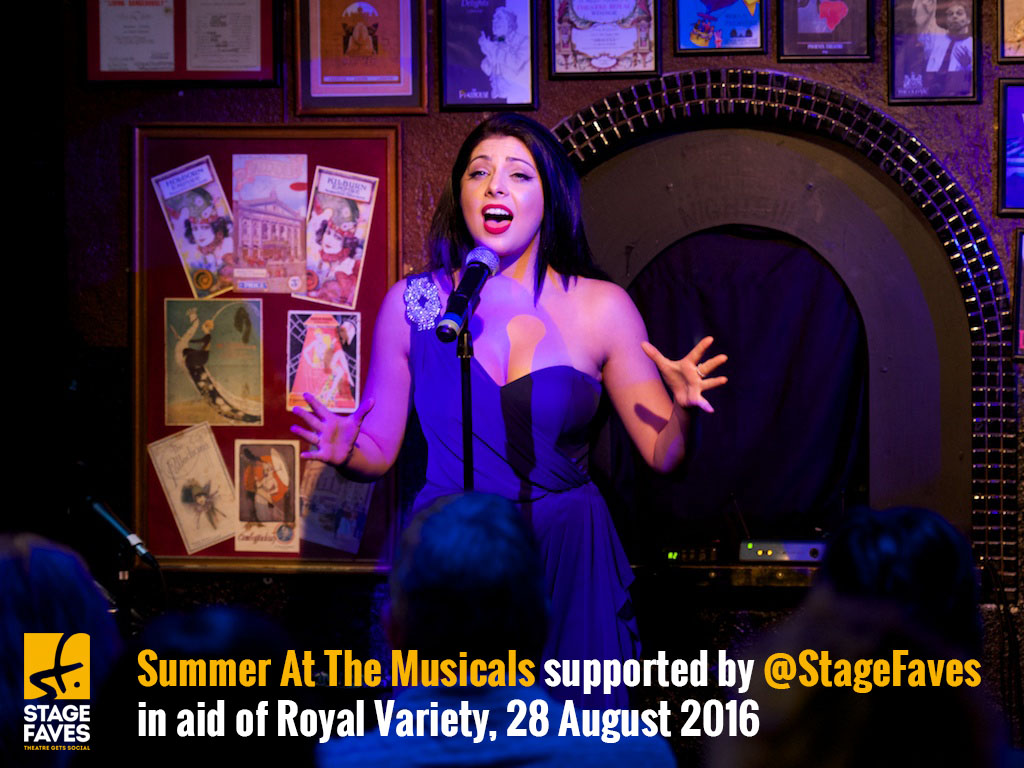 Lucyelle Cliffe performs Love You I Do from Dream Girls. 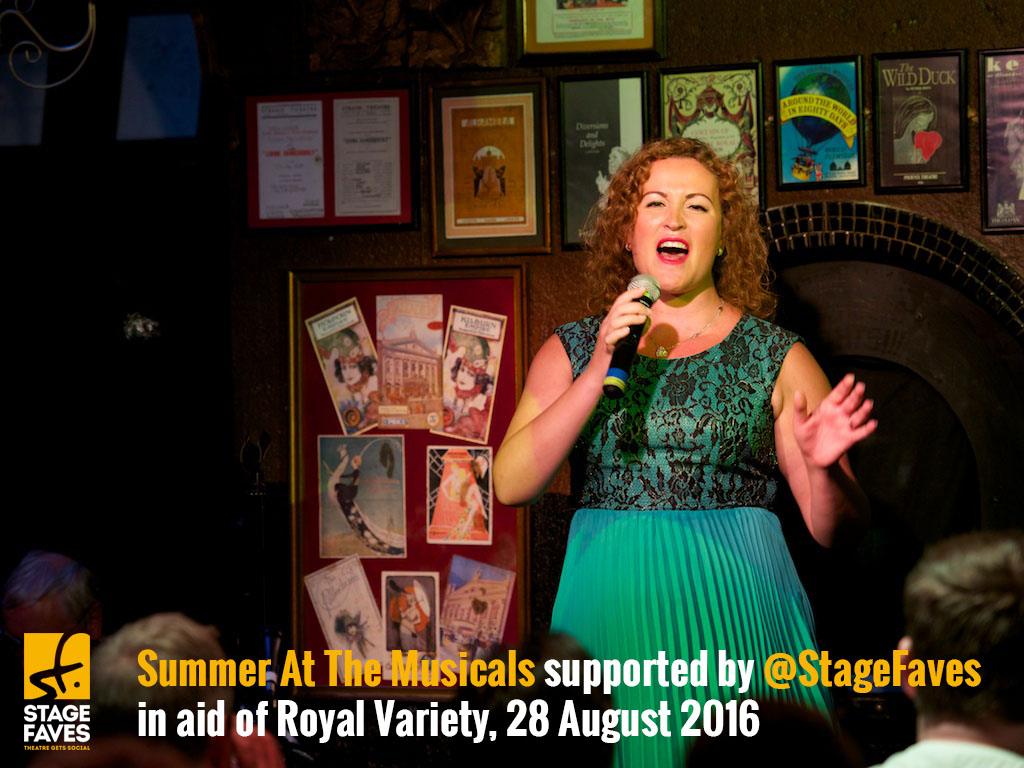 Lauren Hood sings Hold On from The Secret Garden. 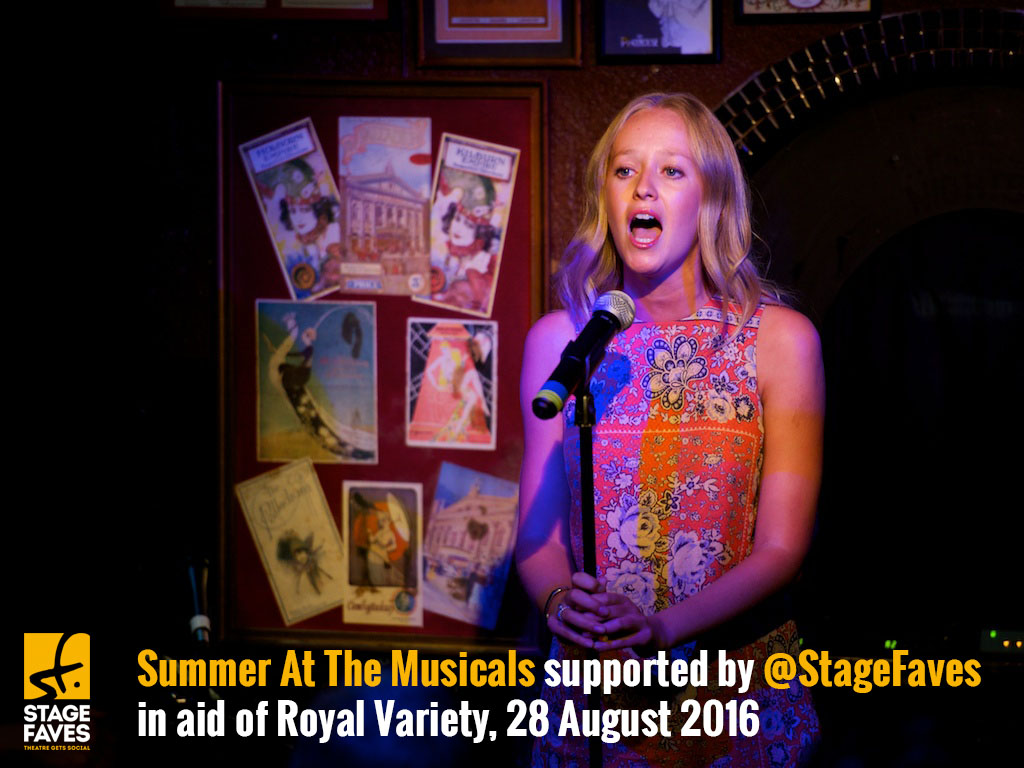 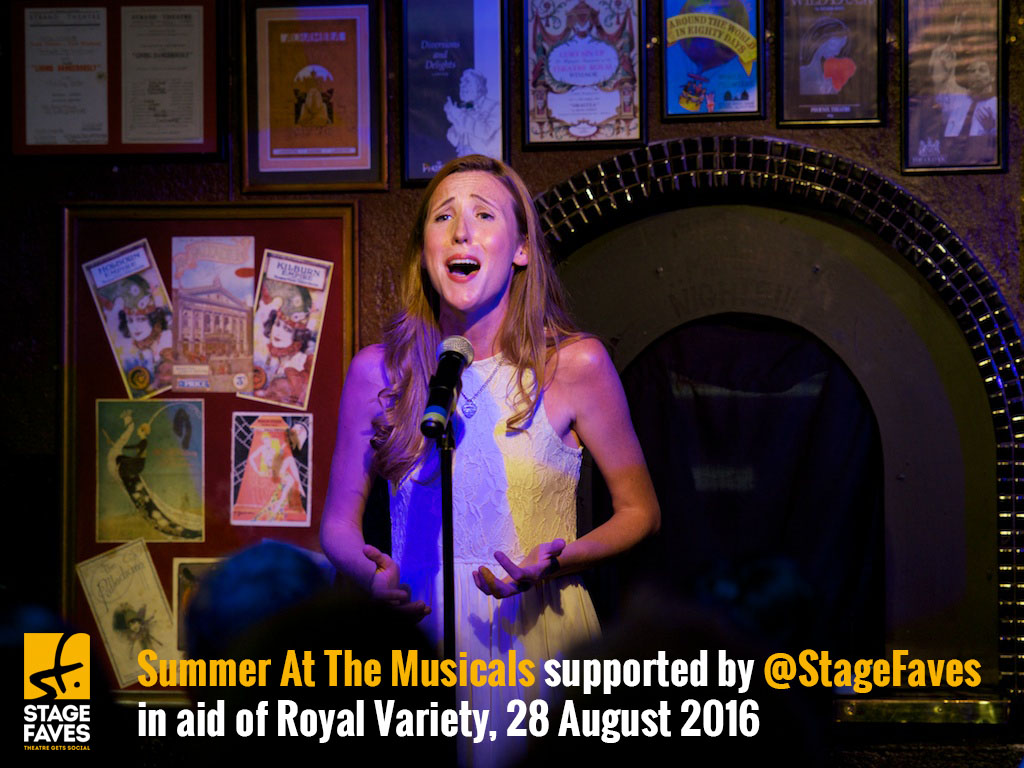 Emily Jane Brooks sings I’ll Be Seeing You from Swing! 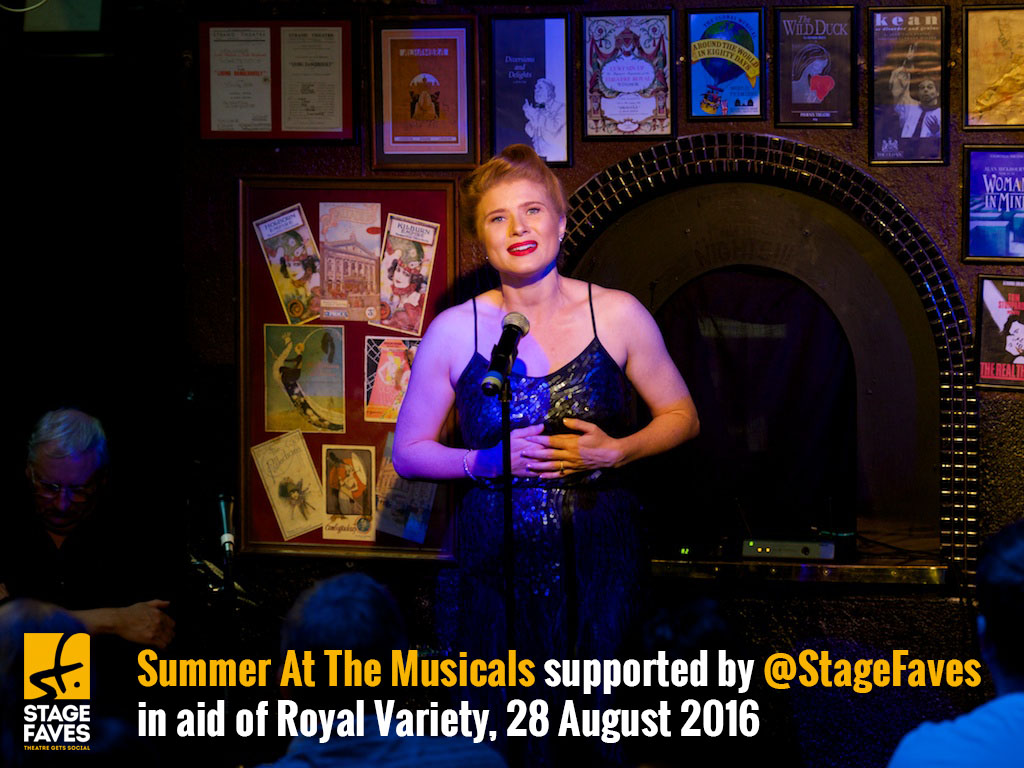 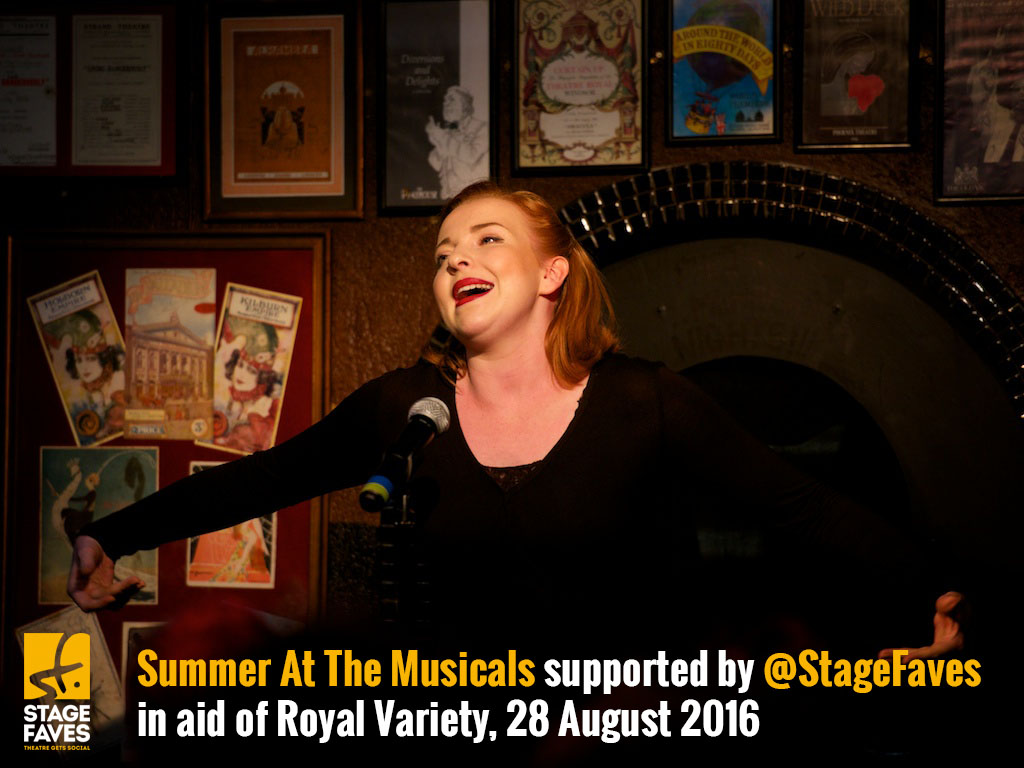 For the finale, Faryl Smith sang Somewhere from West Side Story, I Could Have Danced All Night from My Fair Lady and I Dreamed A Dream from Les Misérables. 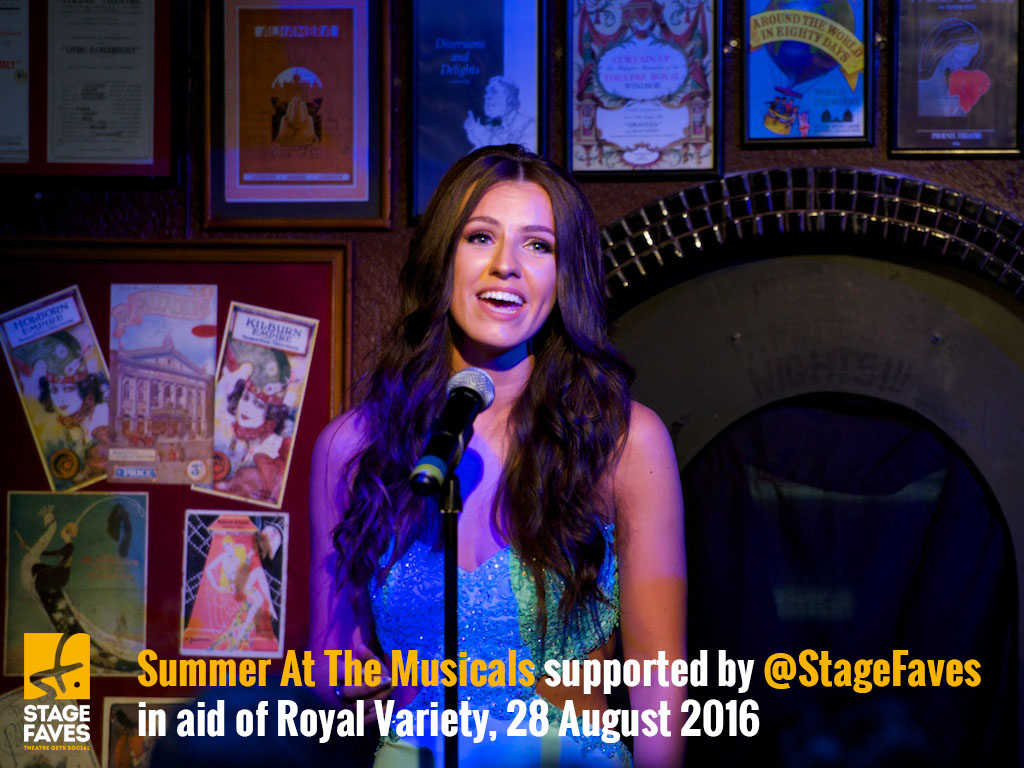