'Second star to the right and straight on 'til morning': Peter Pan Live! is next up on The Shows Must Go On YouTube channel this Friday. How well do you know the Broadway musical? Watch the trailer and a wickedly funny Saturday Night Live's send-up.

Free-to-view YouTube Channel The Shows Must Go On continues its theatre lockdown weekly schedule with another ‘live’ television broadcast of a Broadway musical, Peter Pan Live!, which aired during the 2014 Christmas season on American’s NBC channel.

This musical version of JM Barrie‘s 1904 children’s classic tells the beloved story of Peter Pan, the mischievous little boy who ran away to Neverland and never grew up. 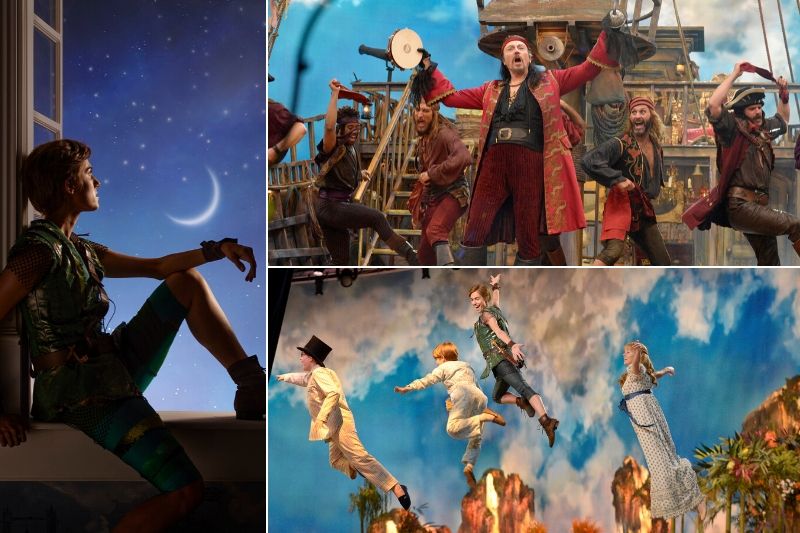 Moose Charlap and Carolyn Leigh‘s musical of Peter Pan premiered on Broadway in 1954, earning Tony Awards for its stars Mary Martin and Cyril Ritchard. It became the first full-length Broadway production shown on colour television in 1955. The original stars also appeared in subsequent telecasts of the show in 1956 and 1960.

The Shows Must Go On YouTube channel provides musical theatre lovers with a West End and Broadway experience in their own homes, online for free during the coronavirus crisis while theatres around the world are dark. Alongside the full-length shows, clips of famous performances and behind-the-scenes footage are uploaded regularly to the channel.

The first six screenings showcased a series of Andrew Lloyd Webber works – Joseph and the Amazing Technicolour Dreamcoat (starring Donny Osmond), Jesus Christ Superstar, The Phantom of the Opera, Love Never Dies, Lloyd Webber’s 50th birthday concert at the Royal Albert Hall, By Jeeves and Cats (starring Elaine Paige) – which has been followed NBC Live telecast of by Rodgers and Hammerstein’s The Sound of Music and Hairspray.