Good morning, Baltimore! Ahead of the London stage revival starring Michael Ball, due at the London Coliseum later this year (fingers crossed), you can catch Hairspray Live! on lockdown musicals channel The Shows Must Go On this weekend...

After last week’s airing of The Sound of Music Live, free-to-view YouTube Channel The Shows Must Go On continues its theatre lockdown schedule with another ‘live’ television broadcast of a Broadway musical, the Emmy Award-winning star-studded version of Hairspray Live, which aired on American’s NBC channel in 2016.

For 48 hours only in the UK from 7pm this Friday 29 May 2020, fans can watch the show for free – essential week recommended.

Based on the Tony Award-winning Broadway musical, with music by Marc Shaiman and Scott Wittman, Hairspray Live! takes place in 1962 Baltimore. Plump teenager Tracy Turnblad’s dream is to dance on “The Corny Collins Show,” a local TV programme.

When, against all odds, Tracy wins a role on the show, she becomes a celebrity overnight and meets a colourful array of characters, including the resident dreamboat, Link; the ambitious mean girl, Amber; an African-American boy she meets in detention, Seaweed; and his mother, Motormouth Maybelle, the owner of a local record store. Tracy’s mother is the indomitable Edna, and she eventually encourages Tracy on her campaign to integrate the all-white the show.

The Shows Must Go On YouTube channel provides musical theatre lovers with a West End and Broadway experience in their own homes, online for free during the coronavirus crisis while theatres around the world are dark. Alongside the full-length shows, clips of famous performances and behind-the-scenes footage are uploaded regularly to the channel.

The first six screenings showcased a series of Andrew Lloyd Webber works – Joseph and the Amazing Technicolour Dreamcoat (starring Donny Osmond), Jesus Christ Superstar, The Phantom of the Opera, Love Never Dies, Lloyd Webber’s 50th birthday concert at the Royal Albert Hall, By Jeeves and Cats (starring Elaine Paige) – which was followed by Rodgers and Hammerstein’s The Sound of Music. 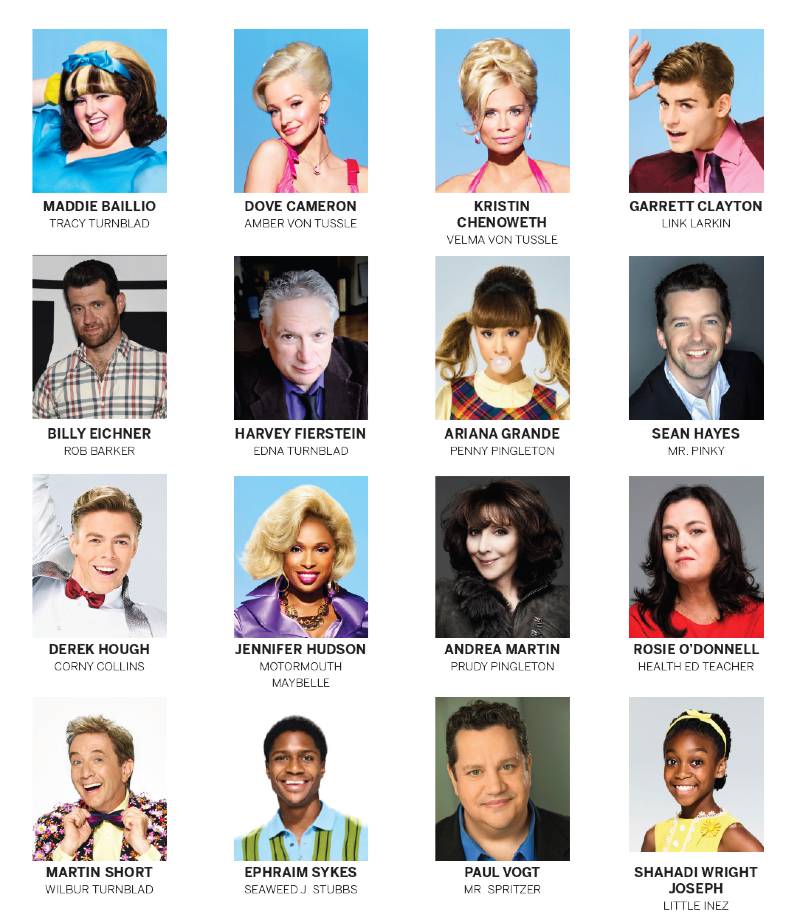