As their real-life counterparts gear up towards the snap election, a cast of highly electable #StageFaves are preparing to play the Parliamentarians in the Donmar Warehouse's premiere of Tom Deering and Hadley Fraser's new documentary musical with the impossibly long full title: The Public Administration and Constitution Affairs Committee Take Oral Evidence on Whitehall’s Relationship with Kids Company. And we can't wait to see Sandra Marvin's choice of Camila Batmanghelidjh-style colourful kaftan...

The Donmar Warehouse today announces full casting for The Public Administration and Constitution Affairs Committee Take Oral Evidence on Whitehall’s Relationship with Kids Company, a new musical with music by Tom Deering, and book and lyrics by Hadley Fraser and Donmar artistic director Josie Rourke, which runs from 24 June to 12 August 2017, with a press night on 3 July.

Committee… (A New Musical) is edited from the parliamentary transcript of an oral evidence session held on 15 October 2015 and the words spoken by those participating in the Inquiry. Sandra Marvin (City of Angels) will play Camila Batmanghelidjh, founder of Kids Company, and Omar Ebrahim will play Alan Yentob, former chairman of the charity.

“The objective of this session is not to conduct a show trial. We want to learn some lessons.”

What happens when something goes wrong? Who holds us accountable?  On 15 October 2015, as part of an inquiry into ‘The collapse of Kids Company’, Camila Batmanghelidjh and Alan Yentob gave evidence to The Public Administration and Constitutional Affairs Committee.  Hadley Fraser, Josie Rourke and composer Tom Deering have transformed that evidence session into a new musical.

This production has not been authorised by any participant or Parliament. We present it to you – the public – to consider how civic life in the UK is really governed. It is based on the Parliamentary transcript of the oral evidence session on 15 October 2015 and the words spoken by those participating in the Inquiry.

The production is directed by Adam Penford and designed by Robert Jones, with musical direction by Torquil Munro, lighting by Jack Knowles, sound by Nick Lidster for Autograph, orchestrations by Will Stuart, movement by Naomi Said and video design by Duncan McLean. 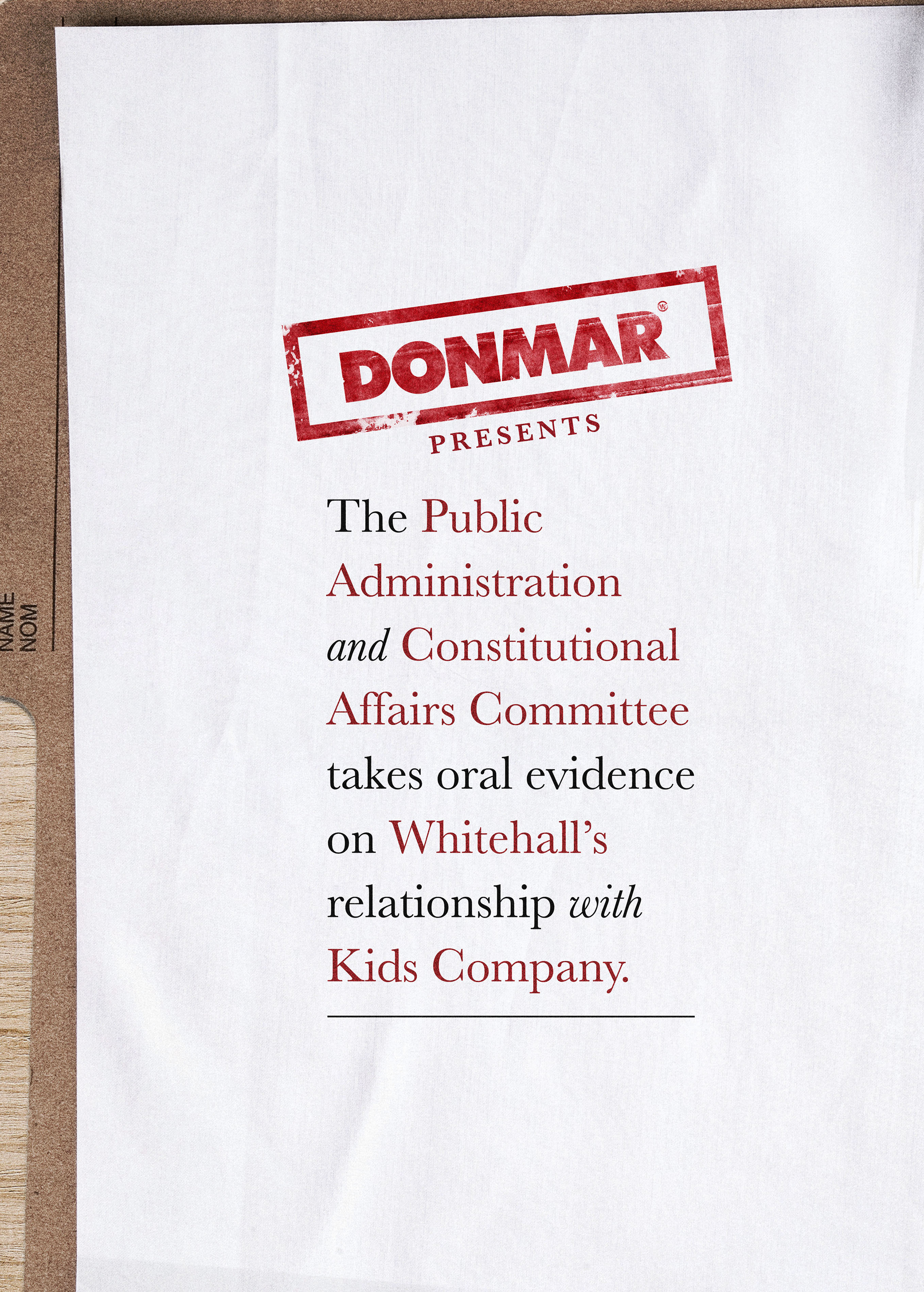