RASPUTIN ROCKS!, presented by Facsimile Productions, has book and lyrics by Andrew Hobbs and music by Alistair Smith.

“We created this show for one reason only: to entertain,” says Hobbs. “With all the doom and gloom around us, we could all use a little cheering up, and that's what we're here for. RASPUTIN ROCKS! is unlike anything you have ever seen before and is guaranteed to leave you with a massive smile on your face!”

Set in the near future, RASPUTIN ROCKS! features an insane Russian emperor who's been diagnosed with a terminal illness and decides to take the whole world with him in a global nuclear armageddon. He has also discovered that the legendary mad monk Rasputin has never in fact died. After Rasputin's would-be assassins failed to kill him, they instead froze him in a vast underground icy prison, which the Emperor has now located and released him from to aid him in his evil plan.

Only hero of the free world Tony Blair and a ragtag group of revolutionaries, who are led by Svetlana and obsessed with the cheesier aspects of Western culture, stand between them and the end of the world. 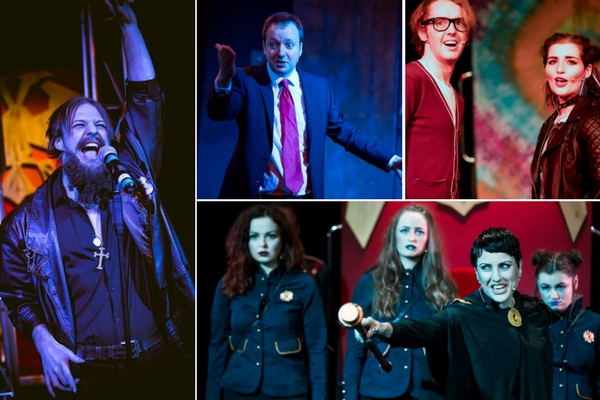 “We’ve written this show to appeal to both fans of hard rock and heavy metal music as well as musical theatre," says composer Alistair Smith. "We’ve got classic rock, doo-wop, country, funk, pop and even a hint of Russian death metal in a fun eclectic score to suit every taste!”

And music video of one of the show's rollicking songs, "Mad Monk Rock"...