Mark Pickering's Doctor Gloom has a "really rather evil plan" in BANANAMAN - and he lays out it brilliantly in "Call to Action", the first song release from the comic book page-to-stage premiere, staring this month at London's Southwark Playhouse. (Psst! Have you also seen our gallery of rehearsal photos?)...

Bananaman, the Man-of-Peel, is flying out of the pages of much-loved comic Beano, and the hugely popular TV cartoon, in the world premiere of Bananaman the Musical, the hilarious new musical comedy by Leon Parris, which runs at London's Southwark Playhouse from 15 December 2017 to 20 January 2018, with a press night on 4 January

Bananaman is a unique member of the superhero ranks. He may have a jawline you can see from space and sport an exciting tight, lycra outfit, but this superhero has the muscles of 20 men and the brain of 20 mussels. Which isn’t much! Bananaman will be attempting to save the world this Christmas. 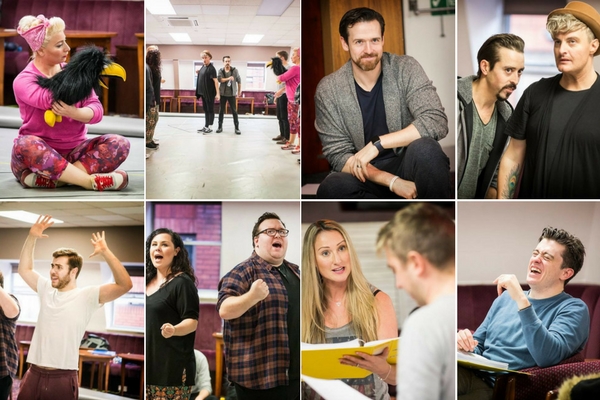