Stage-to-screen musical adaptation NATIVITY! THE MUSICAL officially gets its London premiere tonight (14 December 2017) at the Eventim Apollo, but if you didn't manage to book for its limited, wildly popular five dates here, start planning ahead now - producers have confirmed it'll return for an extended festive run next Christmas...

“We are so pleased with the phenomenal success of the show and the spectacular run in London this year and are thrilled to be returning in December 2018 for an extended run at The Eventim Apollo. Next years production is going to be bigger and better, with more sparkle, more shine and more festive cheer than ever before and we are looking forward to touring the show across the UK before our final stop in London.”

Every child in every school has one Christmas wish, to star in a Nativity, and at St Bernadette’s School they’ve decided to mount a musical version! Join teacher Mr Maddens and his crazy assistant Mr Poppy as they struggle with hilarious children, and a whole lot of sparkle and shine to make everyone’s Christmas wish come true. Featuring all of your favourite sing-a-long songs from the smash-hit films including Sparkle and Shine, Nazareth and One Night One Moment. NATIVITY! THE MUSICAL promises to be the perfect feel-good comedy for all the family.

NATIVITY! THE MUSICAL is written and directed by the creator and director of the blockbuster film series, Debbie Isitt. Debbie said today:

“I am so proud of this fantastic musical we created for 2017 and the extremely talented cast that brought this show to life. So many families have had so much joy from our wonderful show and after a fantastic success we are delighted to go back on the road in 2018 and take our  sparkle and shine to brand new venues across the UK including a fantastic return to the magnificent Eventim Apollo in London - we can’t wait to get started!”.

Written and directed by Debbie Isitt with music and lyrics by Nicky Ager and Debbie Isitt, NATIVITY! THE MUSICAL is choreographed by Andrew Wright, designed by David Woodhead, with lighting design by Tim Mitchell, sound design by Tom Marshall and musical supervision and orchestrations by George Dyer.

Next year, NATIVITY! THE MUSICAL will start at The Belgrade Theatre, Coventry on Tuesday 23 October 2018 and will then visit Liverpool, Glasgow, Milton Keynes, Nottingham, Edinburgh, Oxford before finishing the tour at The Eventim Apollo, Hammersmith from 19 until 31 December. Full venue and on sale details below. Casting for 2018 will be announced soon.

See our full gallery of NATIVITY! THE MUSICAL pictures on the show's StageFaves page. 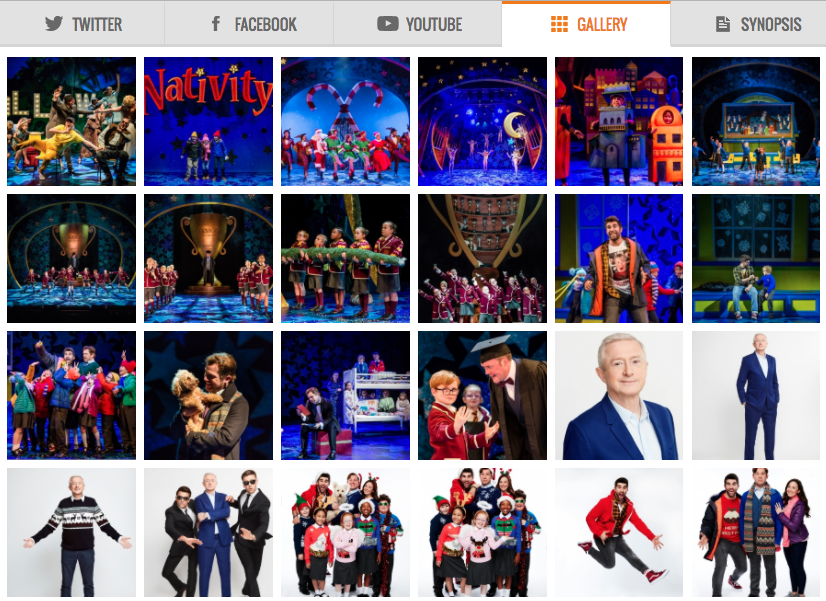