During the ceremony held at The Lowry Theatre in Salford, Danny Mac won Best Actor in a Visiting Production for his role as Joe Gillis in Michael Harrison, David Ian and Curve’s production of Andrew Lloyd Webber’s Sunset Boulevard which also won Best Musical. Sheridan Smith was named Best Actress in a Visiting Production for her star turn as Fanny Brice in the West End-turned touring production of Funny Girl.

In other musical theatre awards, Scott Hunter (pictured below) won Best Newcomer for his performance in Yank! at Hope Mill Theatre, a role he also reprised in the West End when the show transferred there last year. 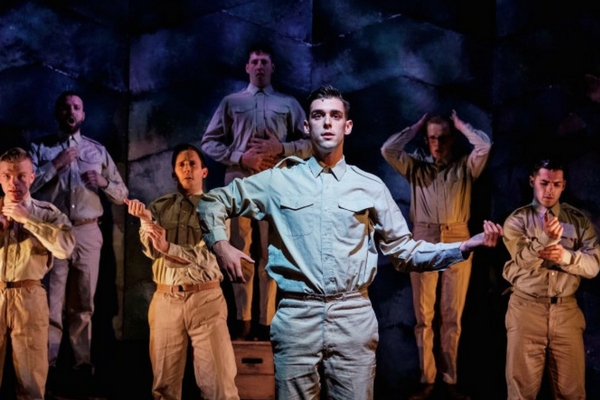 The star-studded pantomime Dick Whittington, produced by Qdos and which featured John Barrowman and The Krankies, scooped the Best Special Entertainment prize.

The MTA judging panel includes a group of enthusiastic young critics who contribute to deliberations and reviews and have their own dedicated award for youth performances. This prize was won by Singin’ in the Rain by the Royal Northern College of Music Young Company.