HAMILTON, now on Broadway at the Richard Rodgers Theatre has book, music and lyrics by Lin-Manuel Miranda, is directed by Thomas Kail, with choreography by Andy Blankenbuehler and musical direction and orchestrations by Alex Lacamoire, and is based on Ron Chernow’s biography of Alexander Hamilton.

HAMILTON is the story of America’s Founding Father Alexander Hamilton, an immigrant from the West Indies who became George Washington’s right-hand man during the Revolutionary War and was the new nation’s first Treasury Secretary. HAMILTON’S score blends hip-hop, jazz, blues, rap, R&B and Broadway – the story of America then, as told by America now.

Hamilton is a musical about the life of American Founding Father Alexander Hamilton, with music, lyrics and book by Lin-Manuel Miranda.[1] The show, inspired by the 2004 biography Alexander Hamilton by historian Ron Chernow, achieved both critical acclaim and box office success.

The musical made its Off-Broadway debut at The Public Theater in February 2015, where its engagement was sold out.[2] The show transferred toBroadway in August 2015 at the Richard Rodgers Theatre. On Broadway, it received enthusiastic critical acclaim and unprecedented advance box office sales,[3] as well as a Grammy Award for Best Musical Theater Album and the Pulitzer Prize for Drama. The Off-Broadway production of Hamiltonwon the 2015 Drama Desk Award for Outstanding Musical as well as seven other Drama Desk Awards out of 14 total nominations. The Broadway production was nominated for a record-setting 16 Tony Awards and won 11. 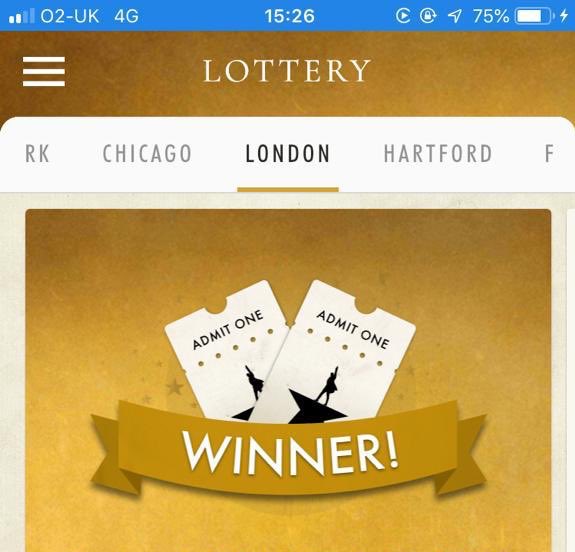 Jaded_updates @UpdatesJaded
@leahhill_dancer "📸 - Was so good to see this beauty after the show, hope you and mummy enjoyed the show!!!! ❤️… twitter.com/i/web/status/1…
Dec 21 2018View

Hamilton West End @HamiltonWestEnd
The full episode will be aired on @TheGNShow on @BBCOne tonight at 22:35: youtube.com/watch?v=dFjIPa… #HamiltonLDN
Dec 21 2018View

Eleanor Molloy @el_mo1331
Feeling slightly guilty I haven't bought this one tickets to #HamiltonLDN when I take his sisters in March but he i… twitter.com/i/web/status/1…
Dec 20 2018View

Cameron Scheijde @camscheijde
.@Lin_Manuel Re-write of #HamiltonLDN tonight by Ash Hunter: “it’s hard to listen to you with a fake smile” ??
Dec 19 2018View 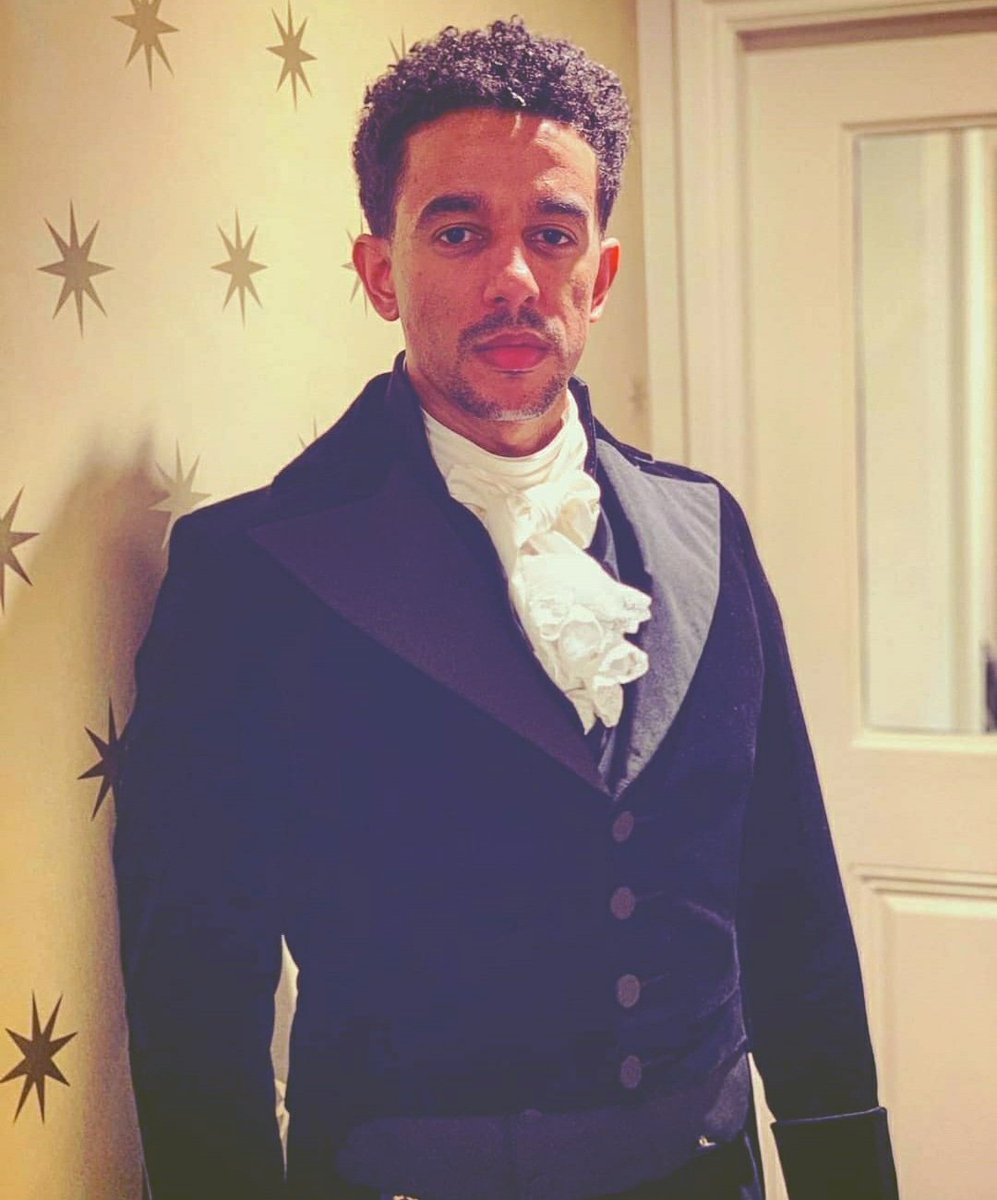 Dave McGregor @davejmcgregor
Great that the stars of one of the biggest musicals in history took time out to wish one of my colleagues the best… twitter.com/i/web/status/1…
Scottish Adoption @ScotAdoption
We said goodbye to Shona today after 10 years as part of the Scottish Adoption Team. Shona is a huge fan of… twitter.com/i/web/status/1…
Dec 19 2018View

Mind the Blog @Mind_the_Blog
A colleague of mine finally saw @HamiltonWestEnd last night and she's been raving about it all day! As we got to ta… twitter.com/i/web/status/1…
Dec 19 2018View

Tweets by @StageFaves with #HamiltonLDN

StageFaves @StageFaves
It’s totes emosh for #HamiltonLDN tonight as the original company members are together in the room where it happens… twitter.com/i/web/status/1… 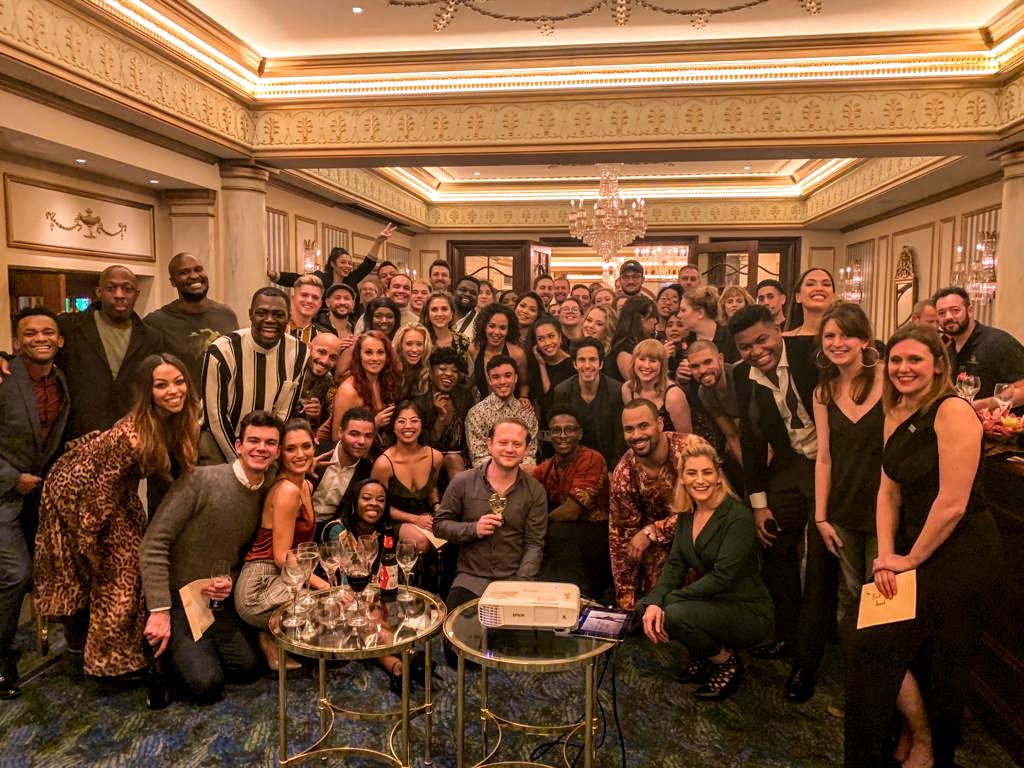 Hamilton West End @HamiltonWestEnd
One last time, the original company of #HamiltonLDN will tell the story of tonight.Tomorrow there'll be more of us.
Dec 01 2018View

StageFaves @StageFaves
Who's heading to #HamiltonLDN this week to see the original cast "one last time"? #HamiltonHumpDay #OriginalCast… twitter.com/i/web/status/1… 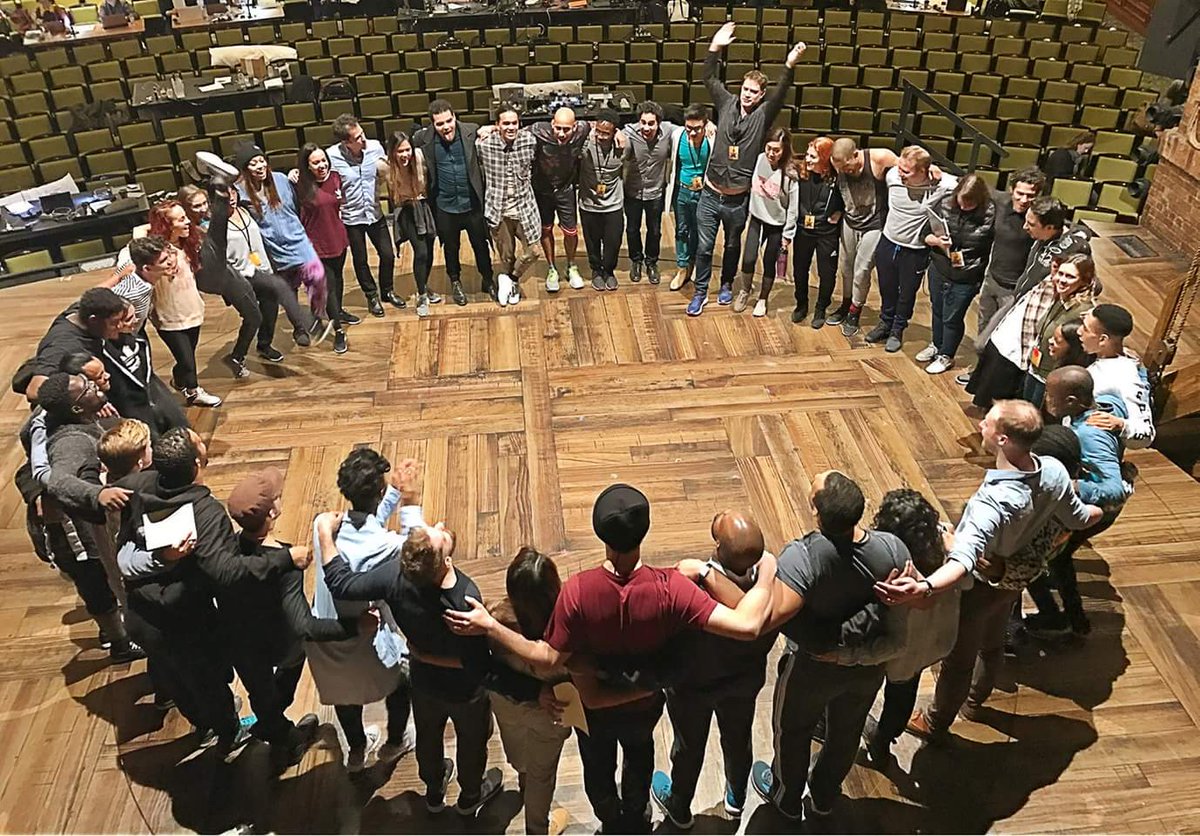 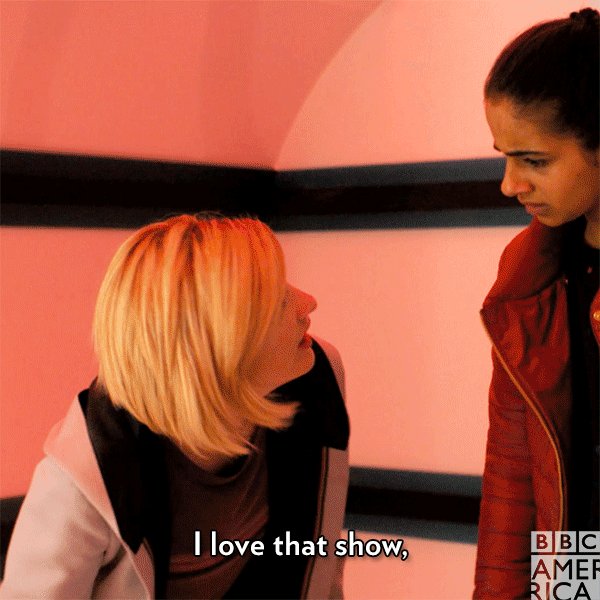 Doctor Who on BBC America @DoctorWho_BBCA
The best #Hamilton production was the 67th cast when @Lin_Manuel's robot made its first appearance. #DoctorWho
Nov 07 2018View

StageFaves @StageFaves
How exciting it must be to join the cast of a hit West End show, for that show to be #HamiltonLDN & to also play th… twitter.com/i/web/status/1…

StageFaves @StageFaves
What do @sixthemusical's creators @marlowandmoss think of being labelled the British answer to #HamiltonLDN? Who's… twitter.com/i/web/status/1…
Sep 23 2018View

StageFaves @StageFaves
Have you seen this yet? The opening number of #HamiltonLewis at @KingsHeadThtr is hilarious! How many #HamiltonLDN… twitter.com/i/web/status/1…
Sep 08 2018View

StageFaves @StageFaves
WATCH: The Opening number of #HamiltonLewisTheMusical at @KingsHeadThtr - How many #HamiltonLDN references can you… twitter.com/i/web/status/1…
Sep 05 2018View 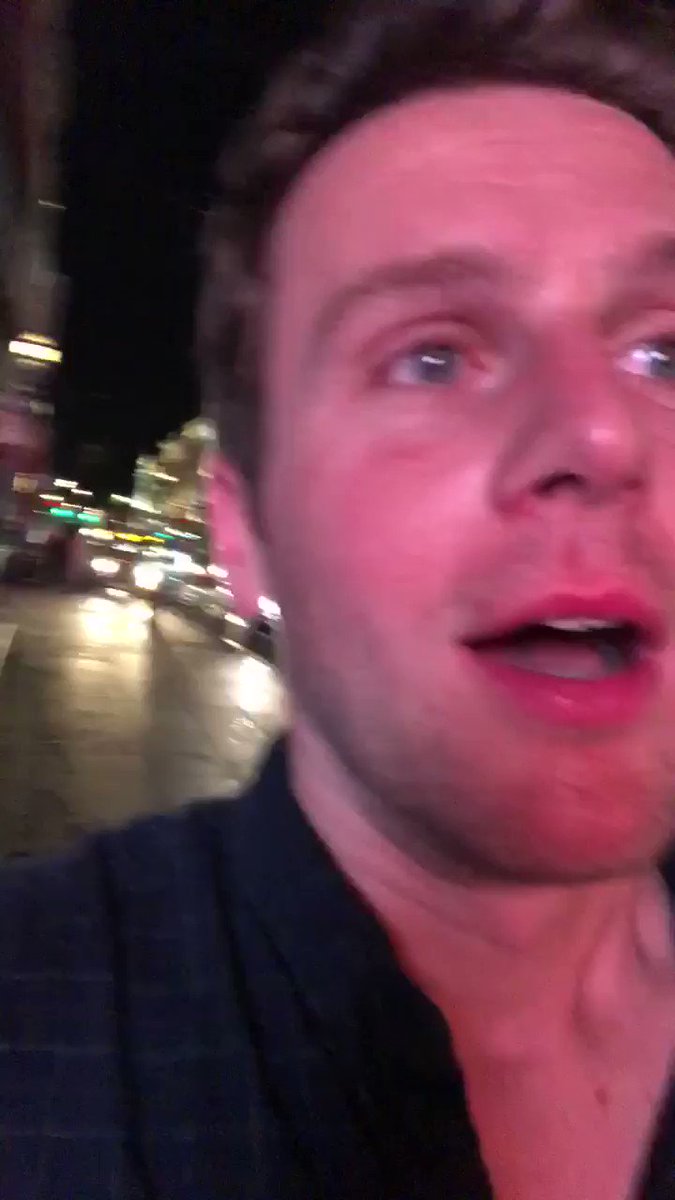 Me and My Girl was a hit in its original production at the Victoria Palace Theatre, opening in 1937 starring Lupino Lane. In 1939, songs from this show formed the first live broadcast of a performance by the BBC, and listeners could sing along to The Lambeth Walk. In early 1945, towards the end of the war in Europe, variety was presented under the ...

What a Christmas present for Olivier Award winners Giles Terera (well known to musical theatre fans for playing Aaron Burr in the original West End production of Hamilton) and director and choreographer Stephen Mear (Mary Poppins, White Christmas, Hello, Dolly!, Gypsy) who have received a MBE and CBE respectively in the New Year Honours List. Not to forget The Lion King and Billy Elliot composer (and general superstar) Elton John who becomes a Companion of Honour.

Karl Queensborough has got his shot in Hamilton. Who's joining him in the new cast?

We love it when understudies and alternates step into the main role. Now it's Karl Queensborough's time to take the lead on Alexander Hamilton and no one's taking away his shot. Full details announced for Hamilton's new West End cast as the show enters its third year.

Off-Broadway musical SHIDA will get its UK premiere at The Vaults next month. It's written and performed by Jeanette Bayardelle, who we're a little obsessed with from her "Broadway Shorts" film series. Watch her take on Hamilton and her Shida trailer here...

WATCH: #HamiltonHumpDay - Jimmy Fallon joins the Puerto Rico cast of Hamilton for "The Story of Tonight"

After what seemed like forever, the world finally got to see Lin-Manuel Miranda onstage as HAMILTON again! Lin joined the Puerto Rico cast for a short run and everyone was feeling the love! Everyone including Jimmy Fallon, who joined the cast for a fab rendition of "The Story Of Tonight" - they looked like twins!

To celebrate the West End premiere of Lin-Manuel Miranda’s 11-time Tony Award-winning HAMILTON, we’re giving away two copies of Alexander Hamilton: The Illustrated Biography, a beautiful collector’s must-have by Richard Sylla that tells the full story of the man behind the musical. Enter by 16 January 2018.