The first wave of press lost their heads over SIX The Musical during its sell-out Edinburgh Fringe season last month. Now it's the turn of London reviewers. And, my queen, have they been raving! Didn't you know six-star reviews are now a thing? The real question: just how many can one show receive? Check out our - far from comprehensive - round-up to get an idea...

From Tudor queens to pop princesses, the six ill-treated wives of Henry VIII seize the mic to tell their stories. With songs including , Haus of Holbein and Don’t Lose Ur Head, this pop concert remixes five hundred years of historical heartbreak into an evening of 21st-century sass. If you thought SIX was all about one man – you thought wrong!

Evening Standard - ★★★★★
Fiona Mountford: "This is quite the most uplifting piece of new British musical theatre I have ever had the privilege to watch...Five stars for Six? I think so." 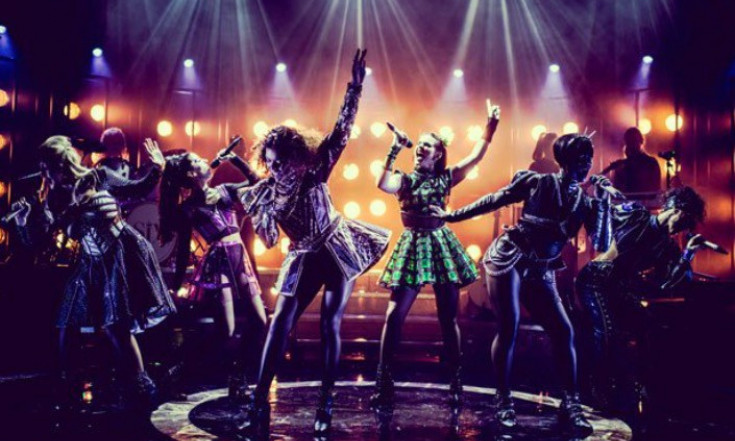 The Reviews Hub - ★★★★★
Tom Finch: "Every now and then a show comes along that is so well put together, so engaging and so hugely enjoyable that five stars quite seem enough. If only there was the option to award six stars." 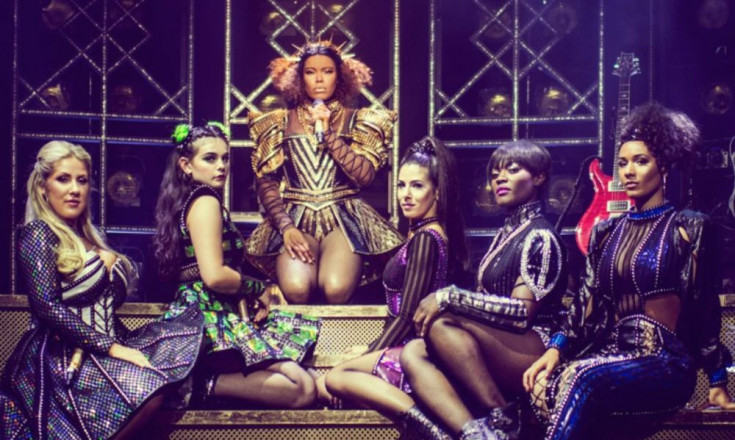 Carn's Theatre Passion - ★★★★★★
Caroline Hanks-Farmer: "Who’d have thought that history would become so seriously entertaining as this..? Sexy, sassy, sensational, seductive, stunning and superb, are just six ways that you can describe this show and its awesome cast." 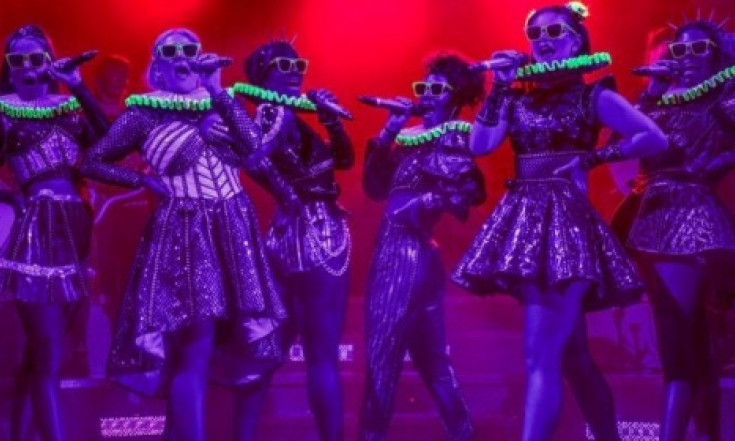 Broadway World - ★★★★
Gary Naylor: "That's a lot of history to start a review for a peppy, poppy, sexy, sassy show isn't it..? These glittery, glamourpuss reclaim their narratives, define themselves not glimpsed at in the shade of their husband, but as women in their own right." 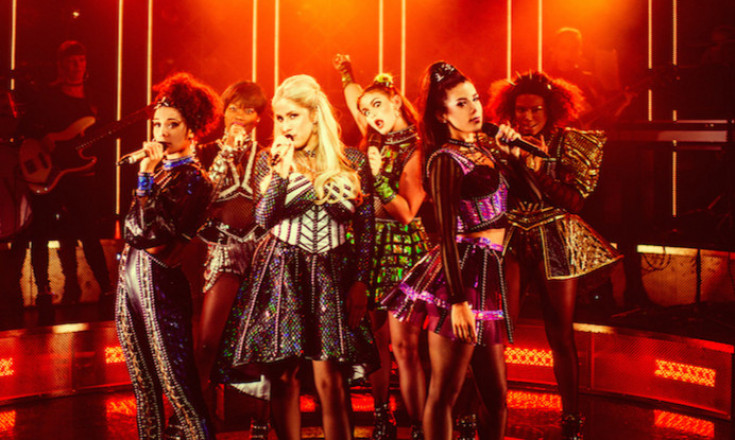 Londonist - ★★★★
James Fitzgerald: "In that long British tradition of making history fun, Six is unique in successfully turning a dusty Tudor chapter into a piece of sassy, pop fit for our times." 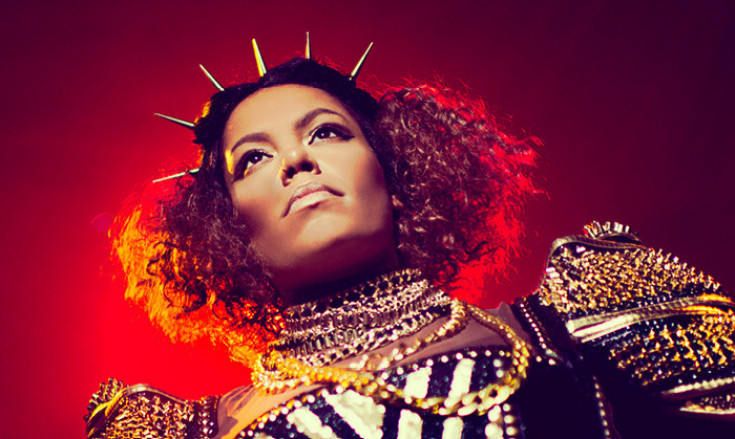 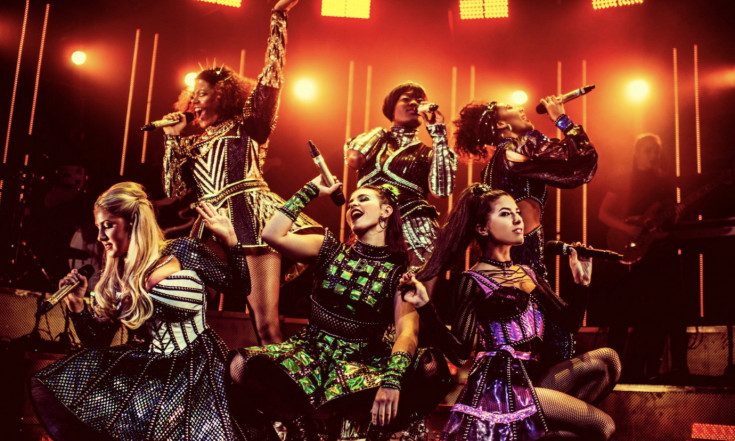 The Stage
Francesca : "If GCSE history classes were half as energised as the musical Six there would have been a 90% pass rate... Six gives each wife a moment in the spotlight." 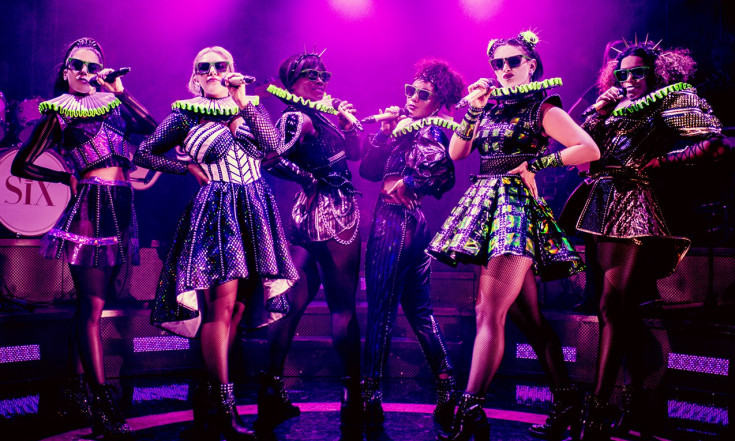 Upper Circle - ★★★★
Emma Louise Betty: "Think you know the six wives of Henry VIII? Think again. Toby Marlow and Lucy Moss have reimagined and reclaimed them in this short but stunning new musical that puts… 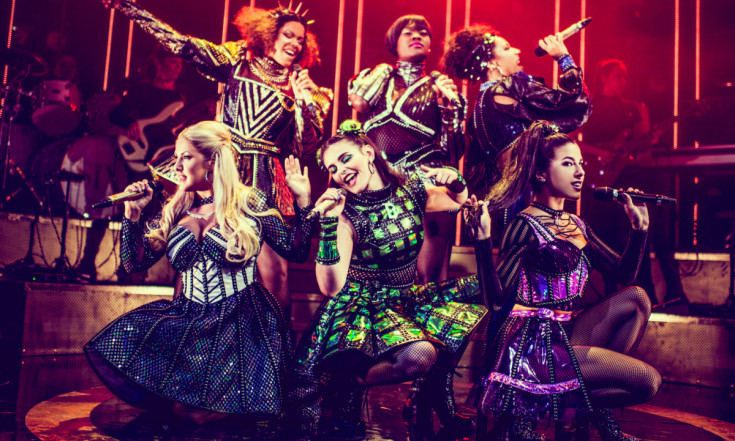 Sweet London Life - ★★★★★
Nicky Sweetland: "A blast, this will leave you uplifted and invigorated - an absolute must see this autumn!" 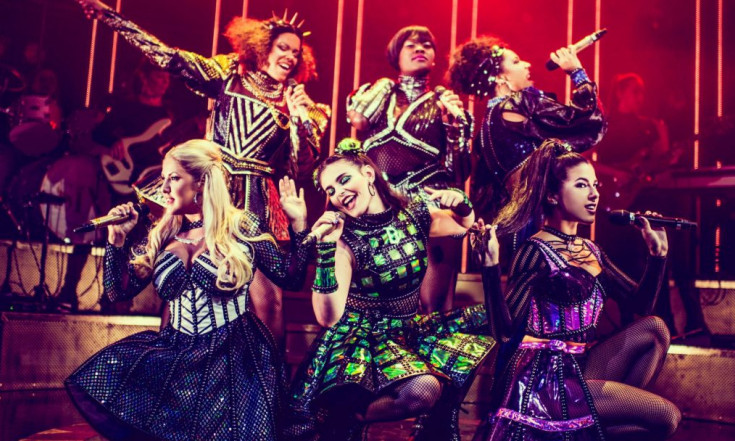 Theatre Weekly - ★★★★
Greg Stewart: "Totally unique and fresh, an incredible blend of modern sounding pop and rock anthems which would be more at home in an arena than a theatre, whipping the audience a frenzy like nothing I’ve seen before." 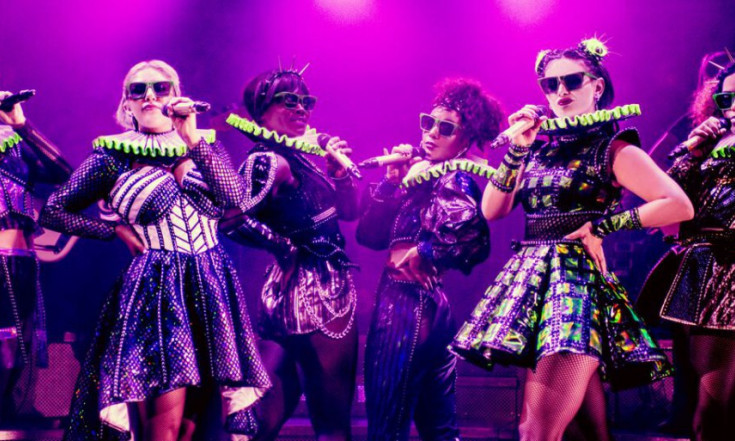 Plays to See - ★★★★★
Richard Voyce: "Totes amazeballs and --! It may have taken eight months, but London finally has its first solid gold, , new, home-grown musical hit of 2018, and it's more than worth the wait." 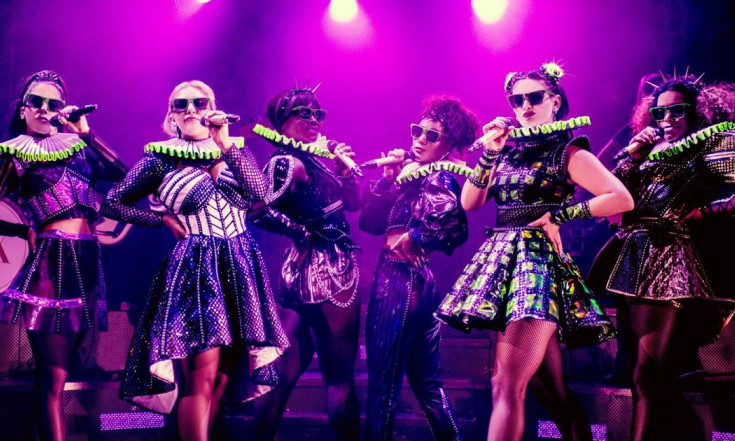 Rewrite This Story - ★★★★★★
Olivia Mitchell: "Inventive, coherent, uplifting, these ladies are the hottest girl group in London... Henry VIII may have been the Tudor King, but these Queens are the rulers of London theatre!" 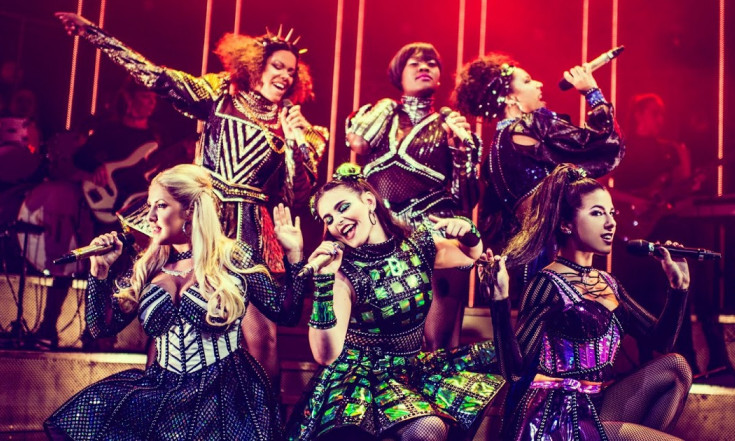 Pocket Size Theatre - ★★★★★
Mark Swale: "One of the hottest shows of 2018, Six has taken history, spun it on its head, challenged it and smashed it into pieces. Hamilton may be in trouble: there are new girls on the block and they've come to steal your fans!" 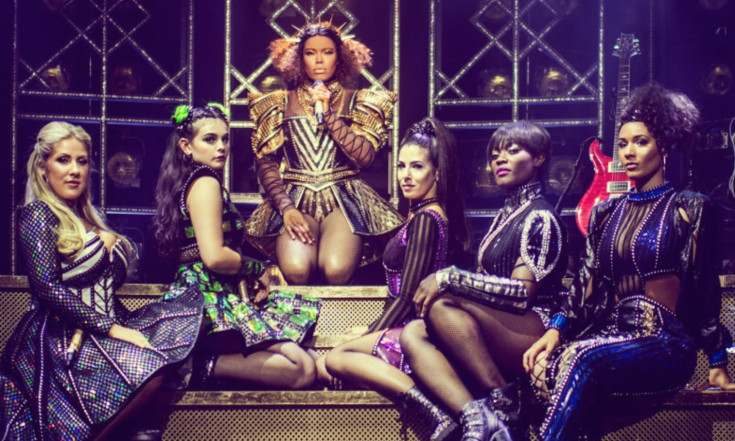 Musical Theatre Musings - ★★★★★
Sarah McPartlan: "Where else in the West End can you see an all-female cast and band making sure that history is told from the woman’s point of view? Fun, empowering and clever – move over Elizabeth, there are six new Queens on the block." 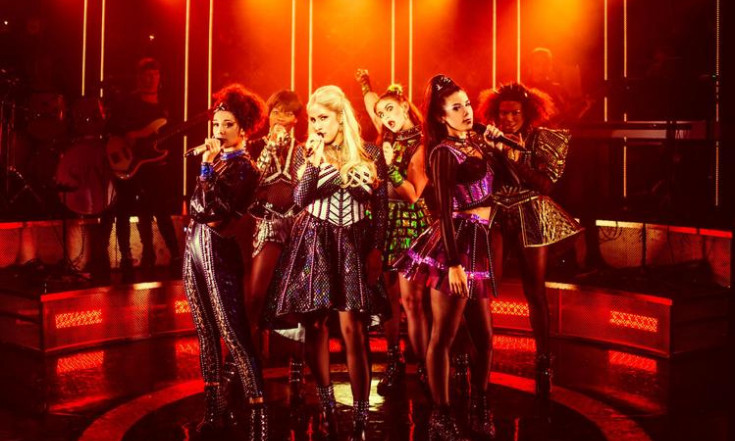 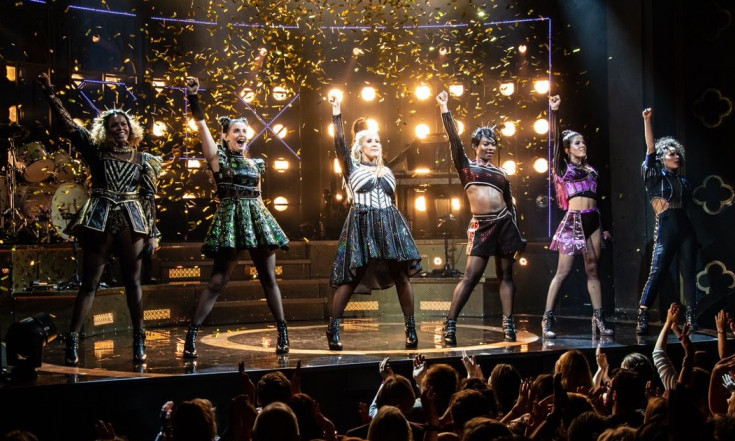 The Review Chap - ★★★★★★
The Review Chap is a blog about the theatre featuring the latest reviews, news, and previews about London's West End, regional and fringe theatre. 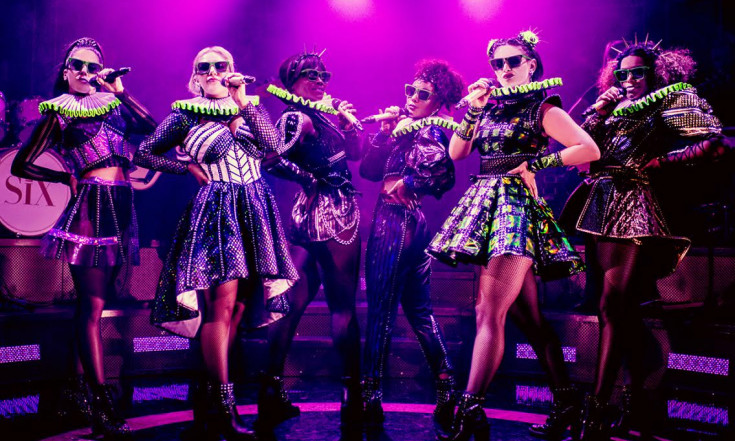 Playhouse Pickings - ★★★★★
Rhiannon Lawson: "Henry VIII meets in a royal mashup. Ladies in the house kick some serious Tudor ass. Time to party like its 1499! In the true spirit of I’ve often …

#GetSocial with the show and its cast on its dedicated StageFaves page...
stagefaves.com