Judy Garland, Patsy Cline, Edith Piaf, Billie Holiday, Maria Callas... Bernadette Robinson brings them all to life in a tour de force performance in SONGS FOR NOBODIES, written especially for her by multi-award-winning dramatist Joanna Murray-Smith. As part of her ongoing post-show Q&A series, on Friday 11 January 2019, Faves founder Terri Paddock will quiz her at the West End's Ambassadors Theatre...

On stage for 90 minutes accompanied by live musicians and ‘performed with astounding versatility’ (★★★★ The Reviews Hub), award-winning Australian singer and actor Bernadette Robinson‘s miraculous voice shifts from the smoky blues of Holiday to the thrilling soprano of Callas, via Garland, Cline and Piaf.

With consummate ease, Robinson breathes new life into the five legendary performers and the five ordinary women whose lives were changed by their brush with fame. The piece was written specifically for Robinson by award-winning Australian playwright Joanna Murray-Smith, whose hit play Switzerland precedes SONGS FOR NOBODIES at the Ambassadors.

This ‘tour de force’ (★★★★★ Broadway World), showcasing Robinson in her critically-acclaimed one-woman performance of a lifetime, is ‘a fabulous story’ (★★★★ The Times).

Returning due to phenomenal demand, SONGS FOR NOBODIES transfers for this limited West End season following its European premiere in 2018 at Wilton’s Music Hall and international touring success.

For the Q&A after the 7.45pm performance of SONGS FOR NOBODIES on Friday 11 January 2019, I’ll be joined by Bernadette Robinson for an intimate and in-depth discussion.

For more production photography, see the gallery on the SONGS FOR NOBODIES #StageFaves page. 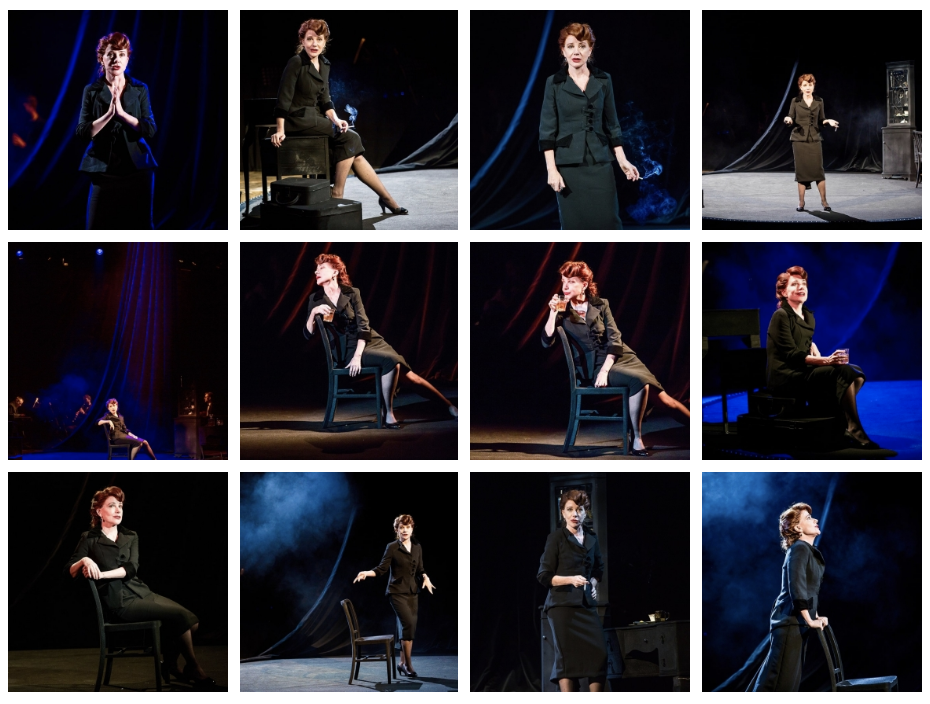