They're our favourite all-female long-form Musical Theatre troupe (it's a pretty specific niche, right?) and they're taking the fringe by storm! The lovely ladies of NOTFLIX are selling out every show of their Edinburgh run and not only that, they've just announced an extra-special performance!

On Friday 18 August at 6pm, the girlgang will be taking to the stage at the Gilded Balloon's Debating Hall for their biggest show to date! Armed with a set of microphones and full band to back them up, the women of the hour will improvise a full one-hour musical before your very eyes... 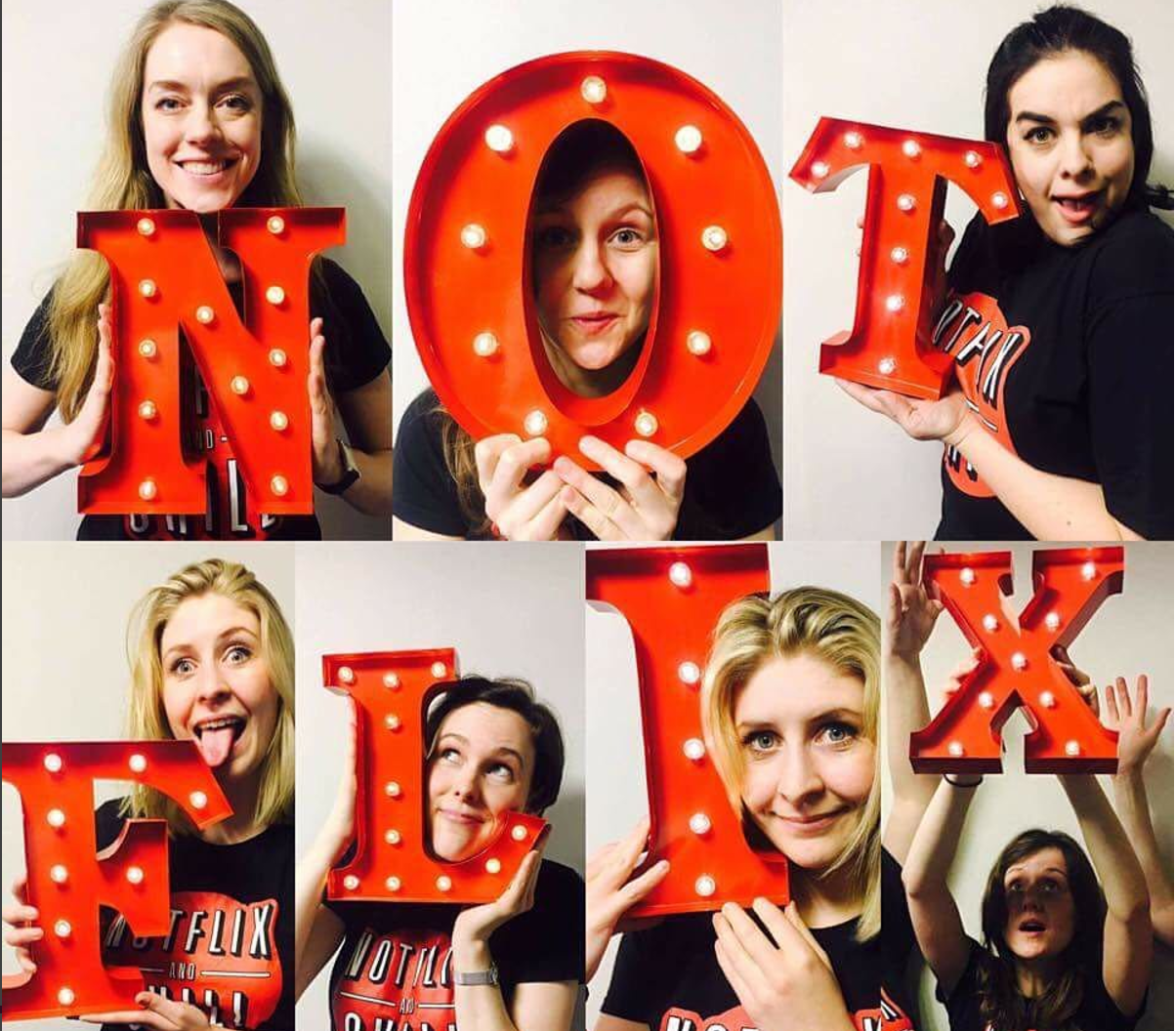 A bunch of sell-out fringe runs, a massive hipster following and an actual award from the Vaults
2017 can't be wrong. At the very least NOTFLIX definitely won't be as bad as you think it'll be,
which is an absolute guarantee of exceeded expectations.

NOTFLIX is an entirely improvised comedy musical based on a movie title suggested by the audience
and using the location, key scenes, favourite characters and actors as a jumping off point to create
a brand new narrative. All scenes, songs and vocals are improvised spontaneously by the cast and
a live band with no preparation or planning. It's improv, so that's kind of the deal.

So break the mound, channel your inner-Patrick Swayze and tell the world that nobody puts the
Improv ladies in the corner, and come along to see Notflix, in the full and safe knowledge that the
show will definitely be better than you think it will be. There's also a higher than average chance
that you'll really enjoy it.

NOTFLIX is a must-see for any Musical Theatre geek (I mean, who doesn't love parodies of your favourite showtunes within the context of a totally unrelated movie!?) and this is certainly going to be a show to remember! The Edinburgh Fringe is a great place to discover fresh talent and grass-roots support goes a long way, so book your ticket and see this company hit new heights HERE.

Can't make that show? Never fear! They're on every day of the Edinburgh Fringe at 3pm in the Guilded Balloon's Sportsman hall! Ticket link HERE.