Tina has found her Ike - and a whole bunch more. Further casting is announced today in the forthcoming world premiere of TINA The Tina Turner Musical, which opens at the West End's Aldwych Theatre in March... 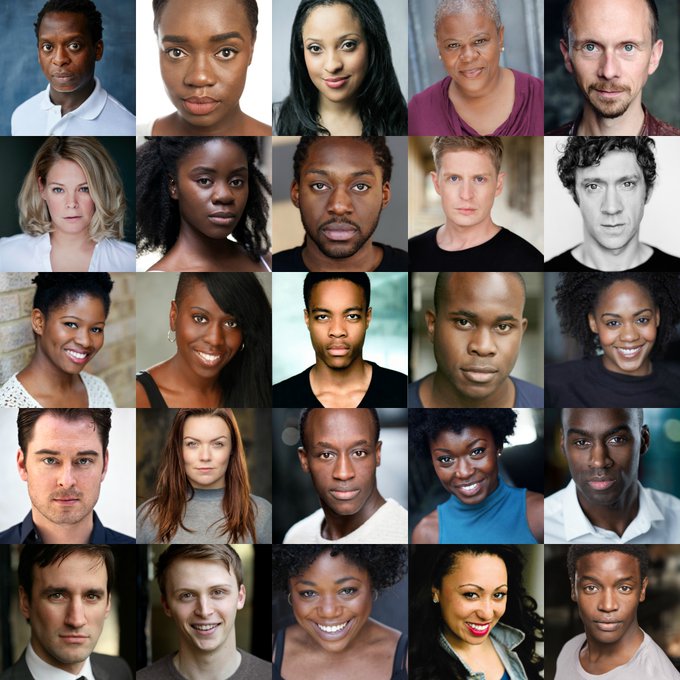 The cast that will join Adrienne Warren, playing the title role in the world premiere of TINA The Tina Turner Musical has been announced, including, making his musical debut, Kobna Holdbrook-Smith as Ike Turner. The production, directed by Phyllida Lloyd, starts performances at the West End’s Aldwych Theatre on 21 March 2018, with a press night on 17 April.

Directed by Phyllida Lloyd and written by Katori Hall with Frank Ketelaar and Kees Prins, the world premiere of the new musical TINA will open at the Aldwych Theatre in April 2018.  Performances will begin on 21 March 2018 with press night on 17 April 2018.  Produced by Stage Entertainment, TINA is currently booking to 16 June 2018.

Choreography is by Anthony van Laast, with set and costume designs by Mark Thompson, musical supervision by Nicholas Skilbeck, lighting by Bruno Poet, sound by Nevin Steinberg, projection design by Jeff Sugg and orchestrations by Ethan Popp.  Children’s casting will be announced in due course.

From humble beginnings in Nutbush, Tennessee, to her transformation into the global Queen of Rock ‘n’ Roll, Tina Turner didn’t just break the rules, she rewrote them. This new stage musical, presented in association with Tina Turner herself, reveals the untold story of a woman who dared to defy the bounds of her age, gender and race.