Is Tyrone Huntley the most in-demand actor in West End musical theatre at the moment? From Memphis to The Book of Mormon and, come the autumn, Dreamgirls, in the commercial West End in 12 months, he's also sneaking in some sunshine work this summer in Regent's Park to play Judas to Declan Bennett's Jesus in Timothy Sheader's Open Air Theatre revival of JESUS CHRIST SUPERSTAR. Also cast: jazz singer Anoushka Lucas, Olivier Award winner David Thaxton and many other #StageFaves stalwarts....

As previously announced, Declan Bennett plays the role of Jesus. Declan was the original lead in the London cast of Once (Phoenix), and has also appeared in Boy George’s musical Taboo (Venue Theatre), RENT (US tour and Broadway), American Idiot (Broadway) as well as on BBC’s EastEnders as Charlie Cotton. As a solo singer-songwriter, his album Record:BREAKUP was released as a live acoustic version in 2013. He achieved five UK Top 20 singles and a UK Top 20 album with Brit Award nominated band Point Break.

Celebrating 45 years since Tim Rice and Andrew Lloyd Webber’s seminal musical first hit the stage, JESUS CHRIST SUPERSTAR is directed by Artistic Director Timothy Sheader. With a legendary score which includes I Don’t Know How to Love Him, Gethsemane and Superstar, musical direction is by Tom Deering (Wonder.land, In the Heights and The Color Purple), design by Tom Scutt (Constellations, Les Liaisons Dangereuses and King Charles III, for which he has received a Tony Award nomination) and choreography by Drew McOnie (Jekyll & Hyde, The Lorax and In The Heights, for which he won the Olivier Award for Best Theatre Choreography).

Casting is by Will Burton for David Grindrod Associates. 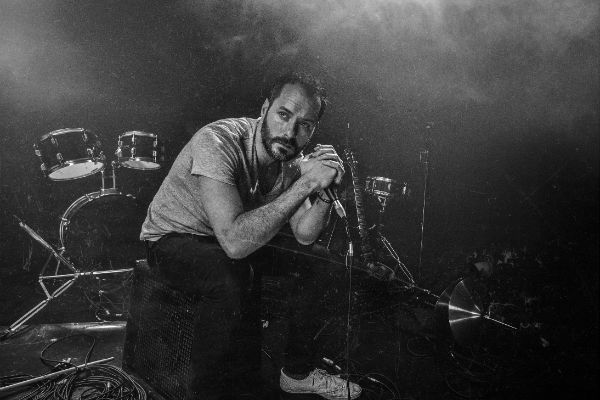 Tyrone Huntley has appeared in Memphis (Shaftesbury), Hairspray (Curve) and received a BroadwayWorld Award nomination for The Book of Mormon (Prince of Wales). He previously appeared at Regent’s Park Open Air Theatre in The Gershwins’ Porgy and Bess and will appear later this year as C.C.White in Dreamgirls (Savoy).

Anoushka Lucas is a multi-instrumentalist, songwriter and singer. She regularly performs at The Troubadour and Ronnie Scott’s, and won the Jazz FM Love Supreme competition in 2013. She played piano and percussion in the band of The Lightning Child (Shakespeare’s Globe) and collaborated with Ché Walker on The Etienne Sisters (Theatre Royal, Stratford East).

David Thaxton won the Olivier Award for Best Actor in a Musical for Passion (Donmar) and has appeared as both Enjolras and Javert in Les Misérables (Queens), Raoul in Love Never Dies (Adelphi), Maximillian in Candida (Menier) and recently in the new musical Only The Brave (Wales Millennium Centre). He is a founder member of the band Divisions, whose album ‘Distance Over Time’ was released in September 2015.

Cavin Cornwall previously played Caiaphas on the UK tour of Jesus Christ Superstar having originally played Peter in the 1999 film version (Really Useful Films). He has also appeared as Billy Flynn in Chicago (Adelphi), Crown in Porgy and Bess (Savoy), and the 2012 film version of Les Misérables.

Peter Caulfield has appeared in One Man, Two Guvnors (National and Theatre Royal Haymarket), Into the Woods (Royal Opera House), Enron (Chichester and Noel Coward), and on television he recently appeared in Cucumber (Channel 4) and Banana (E4).

Phil King composed the music for, and appeared in, To Kill a Mockingbird at Regent’s Park Open Air Theatre. His theatre credits also include Jane Eyre (Bristol Old Vic/National). As a musician, Phil plays festivals and fayres across the UK, as well as Paris, Berlin, Barcelona and New York. His latest album, The Wreckage, was released in April 2016.