Cirencester's Barn Theatre put itself firmly on #StageFaves' map with its inaugural production of The Secret Garden earlier this year. Its next music theatre offering has now been announced: Michael Strassen will direct a major new revival of Jim Cartwright's Olivier Award-winning THE RISE & FALL OF LITTLE VOICE with newcomer Sarah Louise Hughes taking on the title role immortalised by Jane Horrocks...

To conclude the Barn Theatre, Cirencester's first-ever season, Michael Strassen directs the new production of Jim Cartwright‘s Olivier Award-winning 1992 play with music, The Rise and Fall of Little Voice. It will have a strictly limited season at the 200-seat Cotswold venue from 7 July to 4 August 2018, with a press night on 11 July and a post-show talk chaired by StageFaves founder Terri Paddock scheduled for Friday 20 July.

First staged in 1992, The Rise and Fall of Little Voice was voted third best of the decade and has been named as one of the top 50 best stage plays of all time. The play was nominated for six Oliviers, winning three of them as well as the Evening Standard Award. In the 1998 Oscar-nominated film adaptation, Little Voice, Jane Horrocks reprised her performance in the title role in a cast that also featured Brenda Blethyn, Michael Caine and Ewan McGregor.

At the Barn Theatre, newcomer Sarah Louise Hughes, who graduates from Italia Conti this month, takes the title role of Little Voice (LV), with Gillian McCafferty playing her mother Mari and Angela Phinnimore as Sadie. Further casting and creatives will be announced shortly. 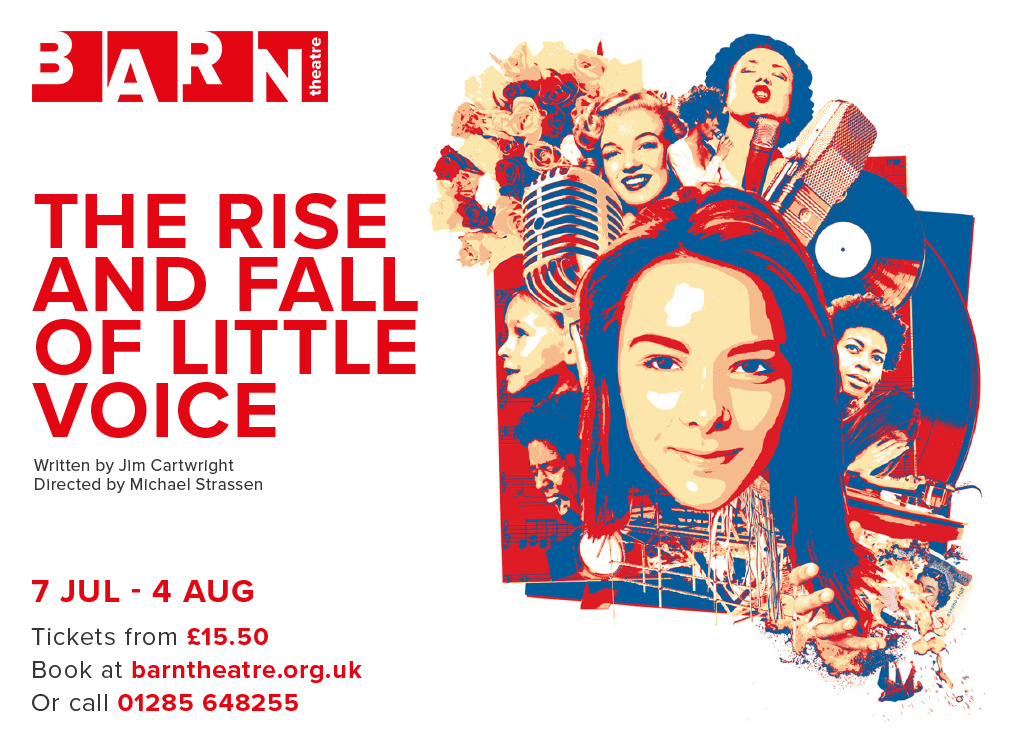 The Rise and Fall of Little Voice  the heart-warming story of a reclusive Northern girl-next-door whose remarkable ability to impersonate the great singers provides her with an opportunity to transcend her tragically unappealing domestic life. But pushed by a foul-mouthed, hard-drinking mother and coaxed into the limelight by her mother’s latest talent agent boyfriend, timid ‘Little Voice’ will need to conquer more than just stage-fright if she is to find her own voice in the world.

“Little Voice is a modern British classic and it’s the perfect play to end our inaugural season. Michael Strassen is one of theatre’s great directors; it’s very exciting to welcome such excellent and prolific creatives to our theatre to bring his radical interpretation to The Barn.”

The Rise and Fall of Little Voice  7 July to 4 August 2018 at The Barn, 5 Beeches Road, Cirencester GL7 1BN. Performances are Mondays to Saturdays at 7.30pm, with Thursday and Saturday matinees at 2.30pm. Tickets are priced £14-£30. CLICK HERE TO PURCHASE!

The Rise & Fall of Little Voice