Full casting is today announced for the world premiere of the new musical GROUNDHOG DAY, which previews from Monday 11 July 2016 with a press night on Tuesday 16 August 2016.

Artistic Director of The Old Vic Matthew Warchus, composer and lyricist Tim Minchin, choreographer Peter Darling and designer Rob Howell, four of the creators of the international musical sensation Matilda The Musical, have joined forces with writer Danny Rubin to collaborate on a new musical based on his 1993 hit film Groundhog Day.

Groundhog Day is the story of Phil Connors (Andy Karl), a cynical Pittsburgh TV weatherman who is sent to cover the annual Groundhog Day event in the isolated small town of Punxsutawney, Pennsylvania, when he finds himself caught in a time loop, forced to repeat the same day again and again…and again. As each day plays out exactly the same as before, Phil becomes increasingly despondent, but is there a lesson to be learnt through his experiences, will he ever unlock the secret and break the cycle?

The 1993 Columbia Pictures film, with a screenplay by Danny Rubin and Harold Ramis, based on a story by Rubin, and directed by Ramis, starred Bill Murray. Now widely regarded as a contemporary classic, Groundhog Day was cited by the Writers Guild of America as one of the 101 Greatest Screenplays ever written and in 2000 was voted by readers of Total Film as one of the ten best comedies of all time. 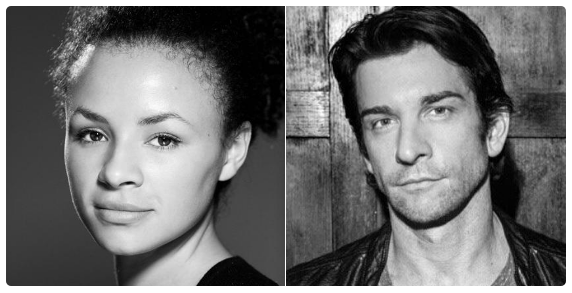 Andy Karl, who plays Phil Connors, can currently be seen on the NBC series Law & Order: SVU as Sergeant Mike Dodds. Karl won the Outer Critics Circle Award and has been nominated for Tony, Drama Desk and Drama League awards for his starring role opposite Kristin Chenoweth in the Broadway revival of On the Twentieth Century. For his critically acclaimed performance as Rocky Balboa in the Broadway musical Rocky, Karl was nominated for Tony, Drama Desk, Outer Critics Circle and Drama League Awards.

Carlyss Peer, who plays Rita Hanson, has performed on stage and screen. Since graduating from RADA her theatre credits have included Ophelia in Hamlet and Helena in A Midsummer Night’s Dream (Shakespeare’s Globe), Jefferson’s Garden (Watford Palace), But I Made You a Mix Tape (Etcetera Theatre), The Rivals (Theatre Royal Bath and Theatre Royal Haymarket) and Les Liaisons Dangereuses (Salisbury Playhouse).

On television, Carlyss played Bonnie Wallis in Holby City and has also appeared in Doctors, The Secret Agent, Silent Witness, Peter Pan and Eternal Law. She has recently completed filming for the new ITV drama Brief Encounters which will air later in 2016.