The roof of the Theatre Royal Haymarket was the place to be today as Take That and cast members celebrated the six-week West End run of The Band at the theatre this Christmas.

Tim Firth’s award-winning new musical The Band, featuring the music of Take That, opened at Manchester Opera House on 8 September 2017 to hugely critical acclaim and has broken box office records around the UK. Now it’s confirmed that the musical will break its successful tour for a London season of 50 performances (from 1 December 2018 to 12 January 2019) after playing Belfast’s Grand Opera House in November. The show will be back on the road, beginning with a run at The Lowry, Salford from 16 January 2019. 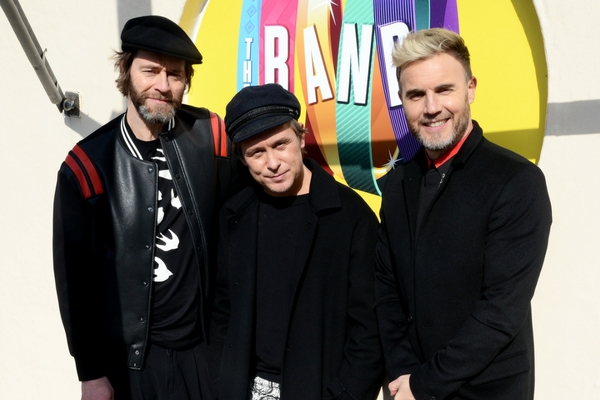 “Our co-producers, Gary, Howard, Mark and Robbie, are totally chuffed that London's glittering West End will see this award-winning production at the historic Theatre Royal Haymarket this Christmas season.”

The Band is a new musical about what it’s like to grow up with a boyband. For five 16 year-old friends in 1992, ‘the band’ is everything. Twenty-five years on, we are reunited with the group of friends, now 40-something women, as they try once more to fulfil their dream of meeting their heroes.