In celebration of International Women's Day 2017, Musical Theatre Appreciation Society's Dawn Bush comments on how female roles in musicals have changed so dramatically over the years...

Having just seen the wonderful show Thoroughly Modern Millie in Birmingham, I have been pondering the changing (or not) nature of female roles in musical theatre. My husband is not really a big fan of them, so I was surprised when he remarked on how female-heavy the lead roles were. I confess that I hadn’t really noticed – I was thinking about other aspects of the show, such as how well Strictly Come Dancing star Joanne Clifton has taken to musical theatre, or how disappointing the soap casting was, with Michelle Collins (of Eastenders fame) playing Mrs Meers.

Thoroughly Modern Millie opens with country girl Millie, in a drab looking dress worthy of any 1940s musical, marching her way into New York with all the determination of an emancipated woman and declaring through the song 'Not for the Life of Me' that she won’t end up an old worn out baby machine by the age of 29, like her mother and grandmother before her. For me, it was very reminiscent of the dream sequence of Singin’ in the Rain, 'Gotta Dance', or the entrance of Peggy Sawyer in 42nd Street. However, don’t be fooled by the traditional opening; this girl means business. She wants to be rich, and with the show being set in the 1920s, the only way she can do that is by marrying into money. 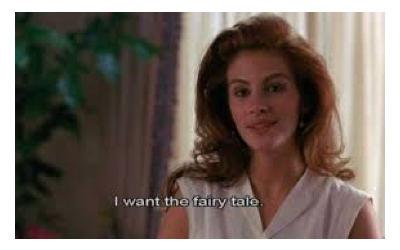 Despite its setting, the stage show was actually written in 1980. It’s heavily based on the 1967 film, which in turn was very loosely based on a 1950s British musical called Chrysanthemum. In the 1980s, feminism was still trying desperately to come out of its already-cracked shell.

One of the iconic films of the decade is Pretty Woman, where in the final scene the rescued heroine claims she’s rescuing the hero right back, and where prostitution is seen as an almost legitimate way for an intelligent woman to make money.

On the surface, the character of Millie seems to be an icon of feminism, but to my mind, the musical is still a product of its time, with the feminist message being somewhat mixed.

Let’s compare it to the traditional 1943 musical Oklahoma! set in 1906, based on a 1931 play. The story arc in both musicals follows the traditional one - boy meets girl, boy loses girl, boy wins girl, they get married. In each case, the hero initially is rejected by the heroine. Laurey rejects Curly because of his complacency; Millie rejects Jimmy because, in spite of her love for him, she believes that marriage to him will condemn her to the life of poverty and domesticity that she’s trying to escape. Marriage and the need for a man to help them escape is the goal for both female leads. 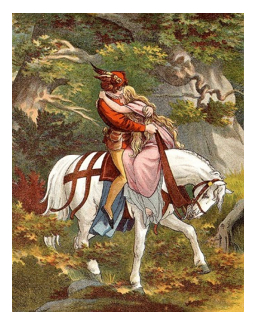 This is the ancient tradition of the feminine role, all the way through folk and fairy-tale culture. The maiden is rescued by the knight in shining armour; the princess can only escape her tower through rescue by the handsome prince; beauty is the only qualification needed to achieve success; shrewishness in a woman is shamed, whilst beastly behaviour in a man is rewarded by the woman seeing him as misunderstood.

In both musicals, the attempt that the leading lady makes to take some kind of control over her own destiny comes with dire consequences. For Laurey, the consequences take shape in the form of the sinister Jud, whose behaviour would send modern day women into a flurry of protest. He’s the archetypal controlling bully; her life with him would no doubt end in the crushing of her spirit and in domestic abuse. But Laurey doesn’t appear to have any other choice - there is no possibility of a job for her, no respectable way out of her county.

For Millie, emancipated enough to get herself a job, a place to live, and to enjoy a night on the town despite the restrictions of prohibition, the message is still clear. A woman alone in Manhattan is prey to pickpockets, to unscrupulous characters who would sell her into prostitution at the drop of a hat. A night out on the town will land her in jail, with no-one to bail her out.  One departure here is that the hero could rescue her, but he chooses not to. Instead, he decides to remain in jail with her, rather than break her out. The point is though, that she doesn’t escape on her own, and she isn’t given the opportunity to rescue him.

When Millie embarks on her scheme to marry her boss, she uses every feminine wile that she can, including inviting boss-man to “take her by brute force.”  I suppose the joke is that, if she’s inviting him to do it, then it’s not force; but the spoken request, coupled with Joanne Clifton’s famous arched back, was quite shocking, even to my mildly feminist sensibilities.

See what I mean about mixed messages?

Don’t mistake me, I loved the show - it was refreshing to see a female-driven story. Yet as I make the point for feminism, I have to ask the question:

Do we actually enjoy a story where the woman rescues the man?

Wouldn't we still pay good money to see a story where the woman makes it on her own, and is responsible for her own choices, no matter what the sacrifice?

Fast forward to a present day musical to let me clarify that question. If you were to see a show where the woman makes her own choices, finds her way without the handsome prince, and still makes a success of her life, accepting whatever sacrifices she made, how would you feel? Would you feel satisfied, or cheated? In short, what was your response to the hotly-debated ending in the film La La Land? You have your answer.