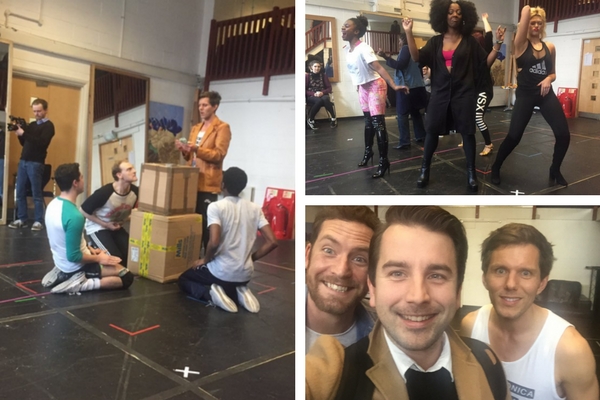 How are preparations going for the long-awaited UK premiere of Cy Coleman's Tony Award-winning masterpiece THE LIFE? We sent fellow #StageFave and Backstage Jam creator Michael Watson along for a sneak-peek at rehearsals. Check out his mini video interviews including with stars Sharon D Clarke, Cornell John and the musical's legendary original director Michael Blakemore.

A thrilling exposé of the darker side of 1980’s New York, THE LIFE is a defiant and heartfelt musical about Times Square before it was cleaned up. A world of pimps and prostitutes, innocents and opportunists, it’s a gutsy and gritty joyride filled with both pathos and fun.

Follow more of Michael's #TwitterTakeover at rehearsals today on @StageFaves.

Be sure to #GetSocial for THE LIFE and all the cast on the show's #StageFaves page.

Talking to... Sharon D Clarke: Are we pricing young people out of theatre?

Here with Sharon and her thoughts on theatre #sharonDckarke pic.twitter.com/slaFNStYuo

Talking to... Cornell John: No experience of being a pimp

Talking to... Choreographer Tom Jackson-Greaves: Getting to the grit with movement