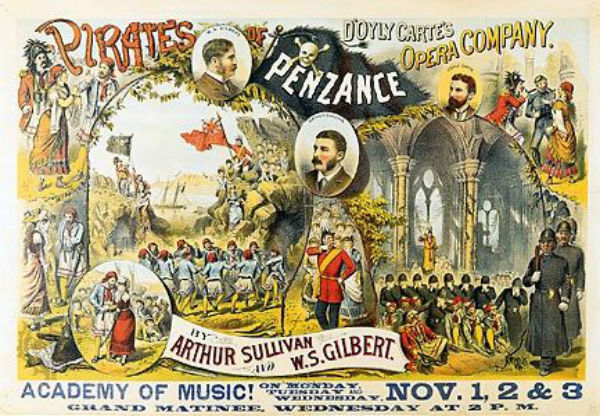 One of D'Oyly Carte's original posters for The Pirates of Penzance

This promises to be operetta as you've never seen it before. PIRATES!, a new dance spectacular version of Gilbert & Sullivan's 1879 classic The Pirates of Penzance; or, The Slave of Duty is readying for a 2019 premiere in the UK...

PIRATES!, a bold reinvention of their universally renowned and celebrated show loved by audiences the world over, is conceived, directed and choreographed by Daryl Gray, and will open in the UK in 2019. Dates and venues have yet to be announced.

140 years after The Pirates of Penzance was first performed, perhaps the most famous comic opera ever written in English is being reimagined by Daryl Gray as a danced-through musical, with new arrangements and orchestrations by Grammy Award-winner Steve Sidwell.

Set on the Cornish coast, Frederic, a pirate apprentice has turned 21 and reminds the pirate king that his apprenticeship is over and, at noon, he will no longer be under obligation to the pirates.  On the same day, he meets and falls in love with Mabel, the youngest daughter of Major-General Stanley, the enemy of the pirates.  To add to Frederic’s woes, he learns that, because he was born on 29 February during a leap year, he has, in fact, only served five of his birthdays and so is still under contract to the pirates.  After various hilarious mishaps and battles, Frederic wins Mabel, and everyone lives happily ever after.

PIRATES! will be directed and choreographed by Daryl Gray and designed by Morgan Large, with lighting by Ben Cracknell, sound by Terry Jardine and Luke Swaffield for Autograph Sound, orchestrations & arrangements by Steve Sidwell and casting by Gabrielle Dawes, CDG.

PIRATES! will be produced in the UK by Bruce Robert Harris and Jack W. Batman and New Level Productions, with Julian Stoneman as Executive Producer, for and on behalf of Pirates! Musical UK Limited.

Daryl Gray began his career as an actor and dancer.  On Broadway, he appeared in Bob Fosse’s Dancin’ and was a soloist in On Your Toes.  He also appeared with Maurice Béjart and as a guest artist with numerous dance companies both in the US and around the world.  As well as directing and choreographing for musical theatre, he has created original works for the concert stage, including for Joffrey, Brooklyn Academy of Music and American Ballet Theater Workshop. His choreography has also been featured by the NY City Opera, From Lincoln Center PBS TV, Béjart Ballet of the 20th Century, Les Ballets Jazz de Montréal and Batsheva Dance Company of Israel, amongst others. 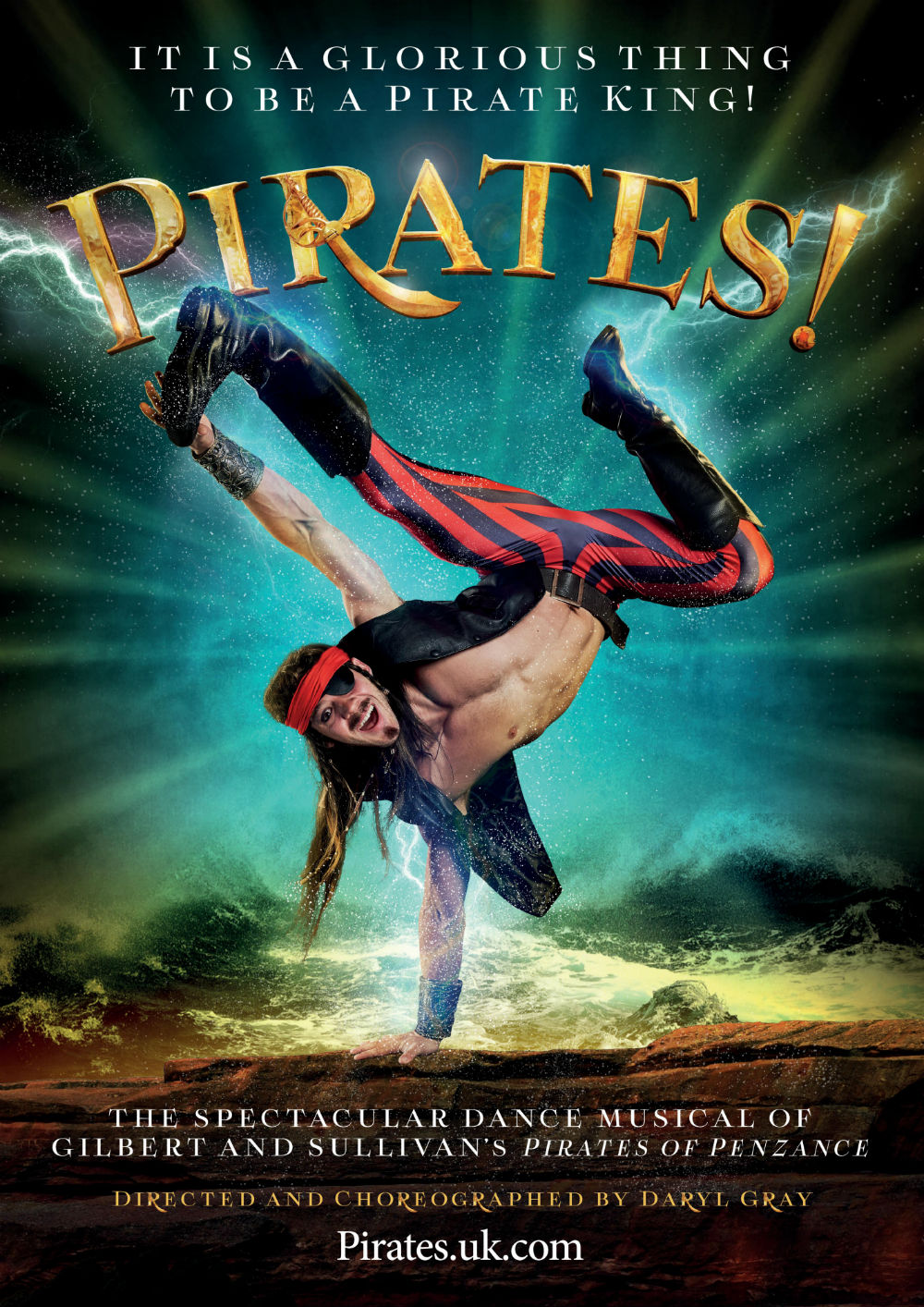