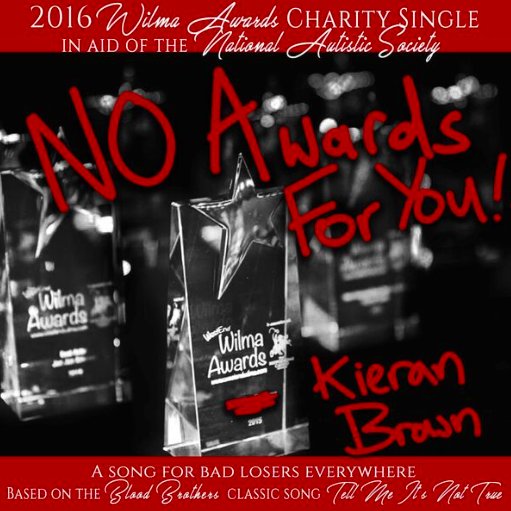 Winners were announced today in the third annual West End Wilma Awards in a ceremony, hosted by Curtain Up Show's Tim McArthur and held at London's Hippodrome Casino. Here's a list of who won what. We send #StageFaves congratulations to them all - as well as all the nominees.

Also, a big whoop-whoop to OAP blogger Wilma and The Phantom of the Opera's Kieran Brown (also a 2016 nominee) for releasing specially written, tongue in cheek, charity single "No Awards for You". The comedic parody of Willy Russell's "Tell Me It's Not True" from Blood Brothers is written by Brown, who also performed it at today's event. It's available for digital download , with all proceeds going to the National Autistic Society towards arranging more relaxed theatre performances.

The list of 2016 Wilma Awards winners - and nominees - in the musical-related categories are: