Like so many of us, Jonathan O'Boyle grew up with Andrew Lloyd Webber musicals. But one show he never saw was 1989's ASPECTS OF LOVE. Now he gets to bring his acclaimed Hope Mill Theatre revival to London thirty years after the musical's West End premiere. He explains how he feels about this honour...

Andrew Lloyd Webber’s Aspects of Love, based on the 1955 novel by David Garnett, is a multi-faceted story of the complexities of love, loss, youth and the honeycombed emotions that encompass the lives of three generations of one family.

The piece focuses on the romantic entanglements of actress Rose, her admiring fan Alex, his young cousin Jenny (Alex battles with his conscience as Jenny’s 15th birthday approaches. The legal age of consent in France in the 1960s was, and still is, 15), his uncle George, and George’s lover, Giulietta, over a period of 17 years.

The musical is set between the late forties and the early sixties, during a time of great cultural change throughout Europe. It is a celebration of a time of regeneration in the post-war era, where the possibilities were challenging but endless, and in a time before social media and the consequences of the Internet; it’s a world where relationships and human connection are key.

My own first passion was musicals. My parents took me to my first West End show for my thirteenth birthday, and since then, it has always been the combination of music and storytelling that has kept me wanting to work more and more in musical theatre.

Andrew Lloyd Webber is arguably our greatest and most prolific living writer of musical theatre. His work is embedded in the fabric of Britain and British theatre, with most of us being able to name, if not hum or sing, at least one or two of his tunes. I first encountered Lloyd Webber’s work in the nineties with visits to Cats, Starlight Express, Sunset Boulevard and The Phantom of the Opera, and throughout my teenage years, his work became one of the reasons I wanted to work in theatre and, subsequently, why I trained to be an actor. 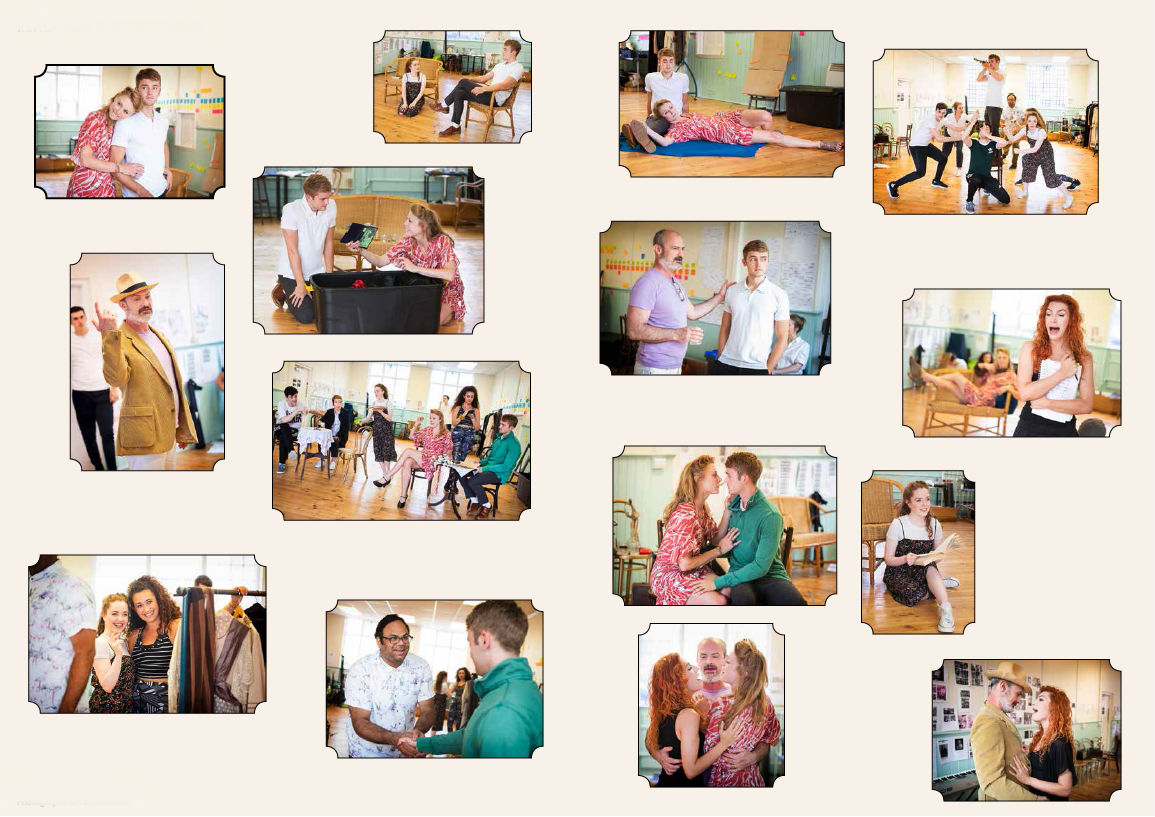 In rehearsals in Manchester

I have always loved Aspects of Love and its music, but I had never seen it. This made approaching our version of the show even more exciting. The vision for our version strips the show right back to its roots of simple storytelling, looking at the complex relationships between three generations of one family.

With the intimate staging we had the Hope Mill Theatre, now coming to Southwark, and a reduced orchestration of two pianos and percussion, we were able to really investigate the relationships within the story, and the audience closer than ever to the characters and the brilliance of Lloyd Webber’s music and Don Black and Charles Hart’s lyrics.

The show contains some of Lloyd Webber’s most famous songs including “Love Changes Everything”, which launched Michael Ball’s career and continues to be one of Ball’s greatest hits and one of Lloyd Webber’s biggest-selling singles. Some of the other brilliant songs in the score include “Seeing Is Believing”, “Anything But Lonely”, “The First Man You Remember” and a song which I think is surprisingly less well-known, “There is More to Love”, where the character Giulietta laments about the need for a deeper connection with her lover and shows that the frivolities of a love affair can only last so long before a deeper spiritual connection is wanted.

Ours is the first UK production of Aspects of Love since the revival production at the Menier Chocolate Factory in 2010, and we’re bringing it back to London 30 years after it had its West End premiere. It’s an honour to create a new revival of this iconic and rarely performed musical.

Enter to win by 9 January