There's something exciting happening in the Cotswolds. A brand-new, 200-seat, state-of-the-art theatre is opening with a brand-new, actor-musician production of THE SECRET GARDEN. And there's a cast of #StageFaves who've made the journey from London to be a part of The Barn Theatre's launch. See who's who here...

The opening on Monday (19 March 2018) of the Barn Theatre’s inaugural production of The Secret Garden, based on the 1911 book by Frances Hodgson Burnett, marks the culmination of three years’ renovation and development work at the 200-seat Cirencester theatre. The fresh, actor-musician production, directed by Dominic Shaw, starts preview performances on 16 March and continues until Sunday 15 April 2018.

A powerful story about one small orphan girl shining hope into the desolate lives of her new-found relatives. Challenging, moving and inspiring for all ages.

After losing both parents to cholera in India, young Mary Lennox is sent to England to live with her hermit uncle, Archibald Craven. Inside his haunting secluded house, Mary meets his bedridden son, Colin, all alone with his mother’s death on his conscience. Everything changes when Mary decides to revive the beauty of her Aunt Lily’s overgrown secret garden.

This is an inspiring story about how one small girl can turn everything around when she decides she ‘wants things to grow.’ Special effects and puppetry ensure that this story is told in a fresh, innovative and exciting way.

The Secret Garden has script and lyrics are by Pulitzer Prize-winning playwright Marsha Norman with a score by Lucy Simon. The musical originally premiered on Broadway in 1991, going on to win three Tony Awards.

Renowned Broadway director and choreographer Jerry Mitchell, who has previously worked with artistic director Iwan Lewis and show director Dominic Shaw in the West End, has signed up as an ambassador for the Barn Theatre. In his 35-year career to date, Mitchell has worked on over 50 Broadway, Off-Broadway, West End and touring productions and received numerous awards and honours, including, most recently a Tony Award for Best Director for Kinky Boots, which also won the Tony and Olivier Awards for Best Musical.

Commenting on his involvement with the Barn, Jerry Mitchell said:

“I couldn’t be more excited about The Barn Theatre and its plans. Having worked with both Iwan and Dom on various productions, it’s great to see them now forging their own path as young leaders in the industry. It’s a very positive thing to see a new generation of artists come through. To watch the energy with which they are approaching the opening of the new theatre and the first production is fantastic.”

Mitchell also took a break from his preparations for his new Broadway production of Pretty Woman: The Musical starring Samantha Barks to send a video message to The Secret Garden cast when they arrived for rehearsals in Cirencester. Click here to view on MyTheatreMates.

Check out our gallery of The Secret Garden production and rehearsal shots in the gallery on the show's #StageFaves page. 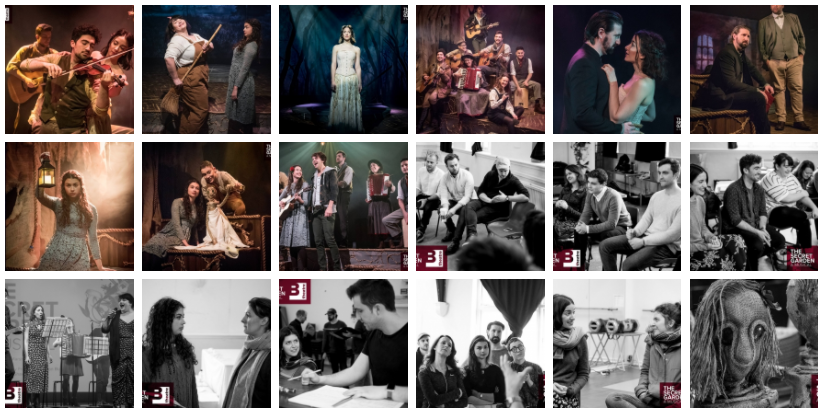