Regent’s Park Open Air Theatre announce casting for the opening production of their 2017 season, ON THE TOWN, which runs from 19 May to 1 July 2017, with a press night on 25 May. 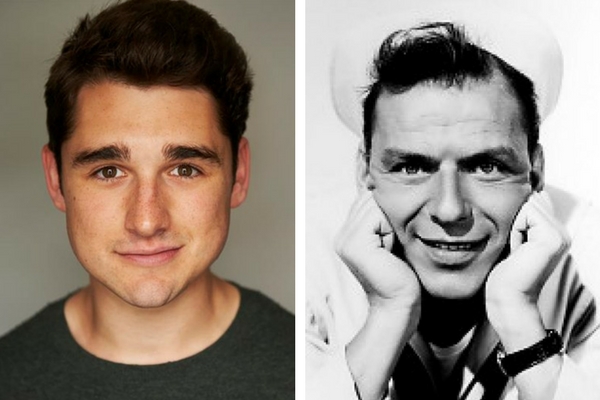 ON THE TOWN is based on a concept by Jerome Robbins with music by Leonard Bernstein and book and lyrics by Betty Comden and Adolph Green, including the hit song “New York, New York (it’s a helluva town)”. It is directed and choreographed by Drew McOnie who won the Olivier Award for Best Theatre Choreography for In the Heights before scoring a hit with his choreography for Jesus Christ Superstar in 2016, for which he is nominated in The Olivier Awards 2017. He has also choreographed Jekyll and Hyde and The Lorax (Old Vic), Bugsy Malone (Lyric Hammersmith) and Hairspray and Chicago (Curve, Leicester), as well as directing and choreographing Strictly Ballroom (West Yorkshire Playhouse) and The Wild Party (The Other Palace).

The guys & their gals

Danny Mac (Gabey) was a finalist in Strictly Come Dancing 2016 and, with dancing partner Oti Mabuse, has recently completed the Strictly Come Dancing Live arena tour. Following his training at Arts Educational Schools he played Mark ‘Dodger’ Savage in Hollyoaks, and went on to join the cast of Wicked (Victoria Apollo).

Fred Haig (Chip) is a recent graduate of LAMDA. Jeremy Taylor (Ozzie) recently played Fiyero in Wicked (Victoria Apollo), and has previously appeared in We Will Rock You (Dominion), The Sound of Music (Palladium and UK tour) and Evita (UK tour).

Siena Kelly (Ivy) and Miriam-Teak Lee (Claire) are both recent graduates of Arts Educational Schools and make their professional West End debuts. Lizzy Connolly (Hildy) is currently appearing in The Wild Party (The Other Palace) having previously appeared in Once In A Lifetime (Young Vic) and as Ellie Goulding in the TV series The Windsors.

Maggie Steed (Madame Dilly) has enjoyed an extensive career on film, television and stage. Film and television highlights include Florence Foster Jenkins, The Imaginarium of Doctor Parnassis, The Painted Veil, Larkrise to Candleford, Jam and Jerusalem, Pie in the Sky, Victoria Wood’s As Seen On TV and the E4 series, Chewing Gum. Her stage career includes roles at the National Theatre, RSC and Royal Court, and recent credits include Richard II (Trafalgar Transformed), The Birthday Party (Manchester Royal Exchange), The School for Scandal (Bath Theatre Royal) and Trelawney of the Wells (Donmar Warehouse).