Quentin's back! And he's been immortalised in musical form so future generations can hear his story. The rad peeps behind THE QUENTIN DENTIN SHOW have announced that an original cast recording of the show will be released this September and you can pre-order it now!

Following on from his sensational runs in London and the Edinburgh Fringe, Quentin Dentin, the star of his very own musical show THE QUENTIN DENTIN SHOW, has stepped off the stage and has announced to the world that he will be releasing his long-awaited debut album.

Released on 14 September 2018, the album is has music and lyrics by Henry Carpenter and is produced by Paul Garred, co-founder and original drummer of The Kooks. Quentin’s debut album is available for pre-order now on iTunes.

A world-famous wellness coach, motivational speaker, chemist and the star of his self-titled musical, Quentin Dentin is undoubtedly the ultimate urban spaceman. Recently arrived on Earth from ‘Entertainment Heaven’, his mission is simple: to make humanity happy….or kill them trying. His musical gameshow that he’s brought to Earth, The Quentin Dentin Show, is designed to captivate and indoctrinate humans to his will.

Quentin Dentin said: “Well, what can I say? It’s terrific. I sing most of the songs, but that’s only fair because I made them all up. It’s been produced by an earthling who has really brought the material to life, upping all the tempos, adding lovely bells and whistles and making everything sound modern (like me). What other musical album is going to actually tell you the meaning of life? This is the real deal. I have all the answers, and they’re all in this album. Trust me!”

Quentin’s songs, composed by Henry Carpenter, have been highly praised as ‘the best new score that British musical theatre has produced in certainly the past few years’ (British Theatre). Now, Quentin Dentin will step into the music industry in his quest to lobotomise the world and teach all humans how to be truly happy.

Quentin’s show, THE QUENTIN DENTIN SHOW, has had three professional productions since its inception in 2014. Its first run took place at the Edinburgh Fringe in 2015, followed by two off-West End productions in 2016 and 2017. The show has received hugely positive reviews across its runs, being described as ‘a winner’ (The Upcoming) and ‘the future of musical theatre’ (Entertainment Focus).

The album is available for pre-order now on iTunes.

The track listing is:

Check out all the snaps from the night at our Gallery page... 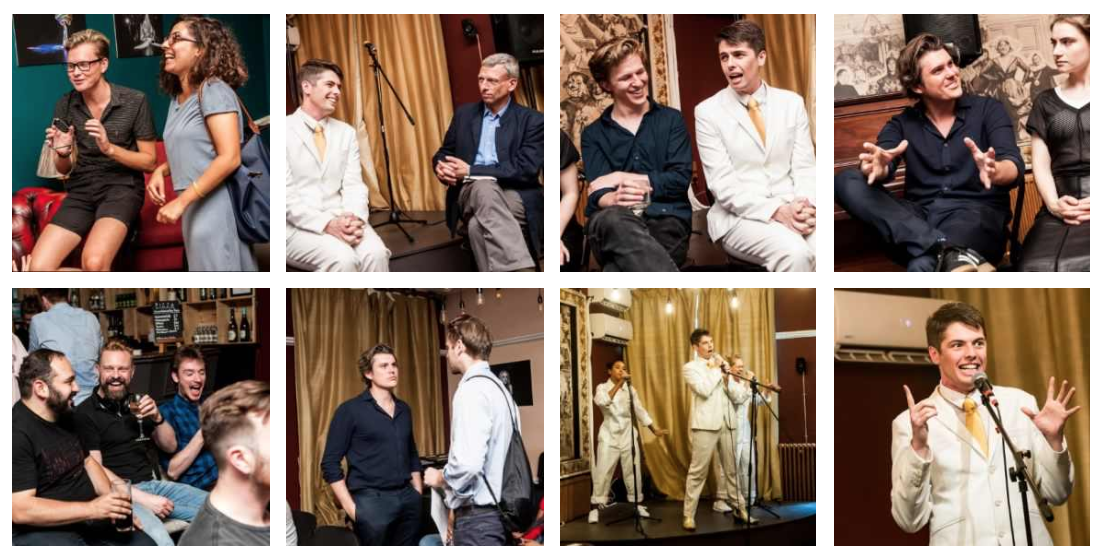